The first thing we did in La Rochelle back in October was go to the town's marché central to see about buying some seafood. There weren't very many vendors with stands set up that morning, but there was one very good, very helpful fishmonger. Here's a photo of what he was selling. 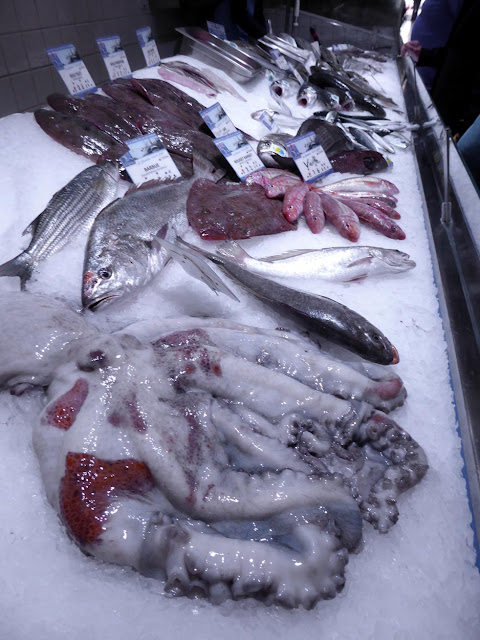 The enormous sea creature in the foreground is an octopus (un poulpe in French). I won't try to name all the different kinds of fish displayed on shaved ice at the seller's stand, but there were sole, bass, hake and sea bream (among many others). A sea bream is what I bought and wrote about in a blog post at the time. 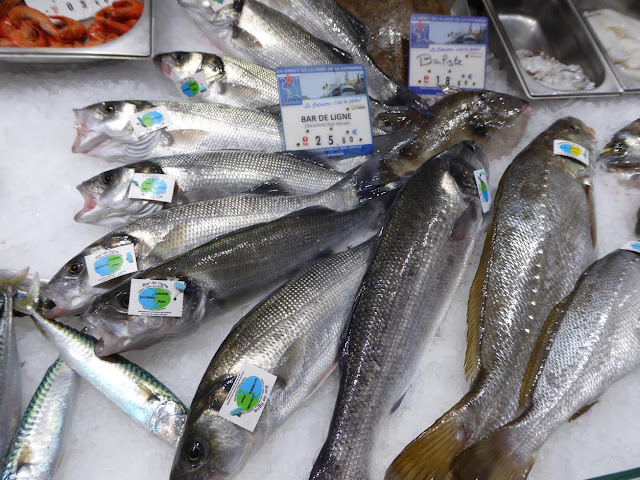 I was also tempted by these sea bass, called bar [bahr]. These are bar de ligne, meaning they are line-caught, not netted by trawlers. The man running the stand and cleaning fish for customers was also giving cooking advice. He was very informative. I asked him to clean the dorade (bream) I picked out, and to fillet the fish. Before he started working on it, he told me how much the two fillets would weigh, and his estimate was accurate. 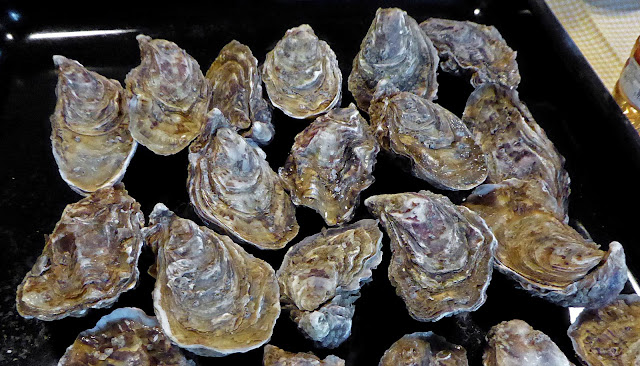 There were at least two vendors selling oysters in the market. We decided to buy some, knowing that they would keep for a few days in the refrigerator (they're alive when you buy them, you know). We paid 10 euros for 20 oysters. 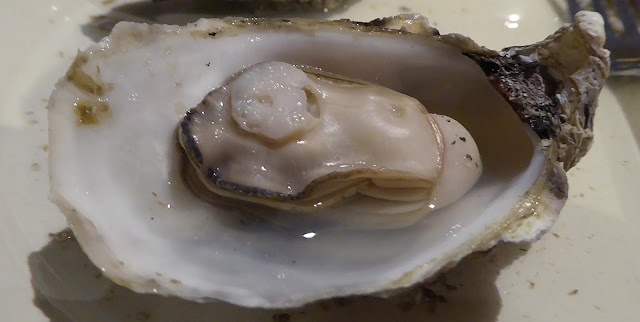 I'm not sure if there was an oyster knife at the gîte — I think there was — but we took the path of least resistance when it came to opening the oysters. We washed the shells, arranged them on a baking tray, and set them in a hot oven just long enough for the shells to pop open. As you can see, the oysters weren't really cooked, just warmed up. And they were very good. We both like eating them raw, on the half-shell, too.
Posted by Ken Broadhurst at 06:30