One morning this werk I stopped in at a poissonnerie — a fishmarket — and I saw these beautiful fish called « dorades royales » on display. Fish are poissons [pwah-sawn] in French. The young man who was selling and preparing fish for customers told me these fish were wild, not farme-raise7d, and very fresh. I decided to buy one. He cleaned and filleted it for me. Each fillet weighed about 250 grams (half a pound) and cost about 11 euros. That a little rich for my blood but we really wanted to eat some nice filets de poisson. 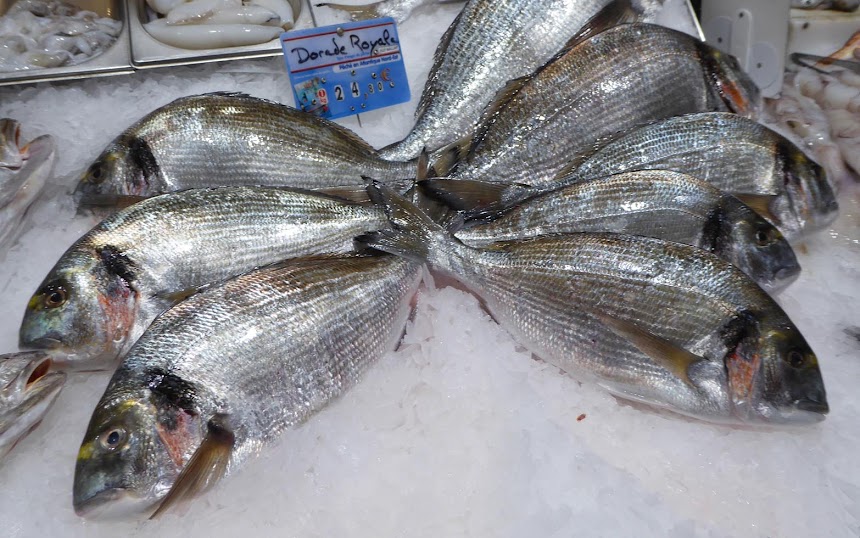 The dorade is called a "sea bream" in English, but it has no name in my dialect of English (the coastal North Carolina brogue). We don't have such fish in our waters back there, as far as I know. The out-going, well-versed fish guy assured me they were about the best fish he has in his shop these days. They come from the Atlantic Ocean waters off the western coast of France. This particular species, Sparus aurata, is called the "gilt-head bream," I gather. A related fishes caught in U.S. waters are the "porgy," the "scup," and the "sheepshead." I know we had sheepshead in N.C. waters. 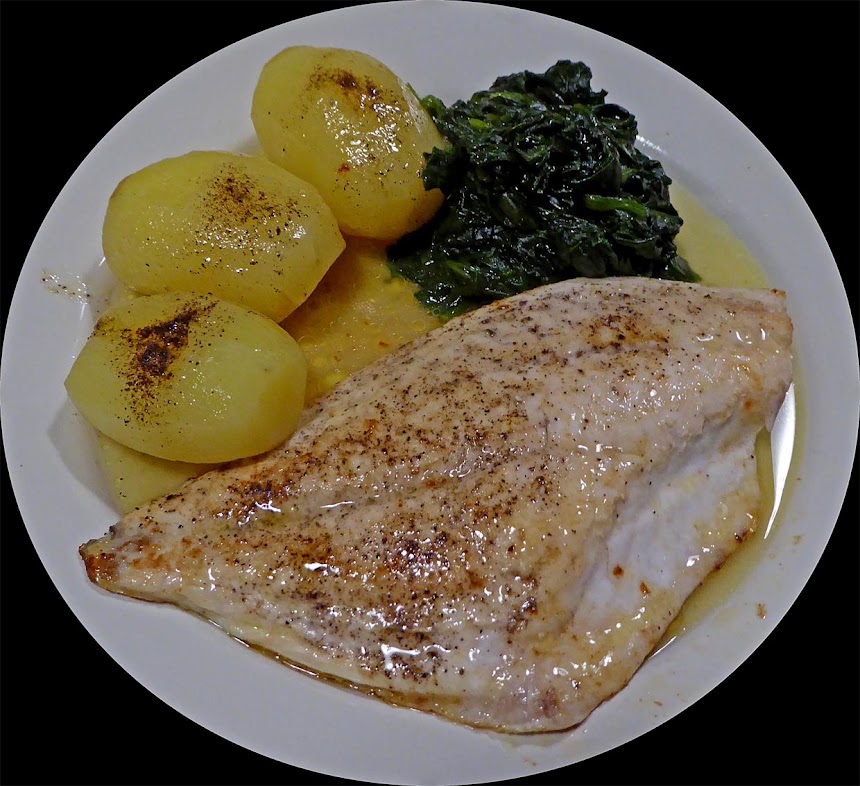 I cooked the fish fillets skin-side down very carefully and very quickly in butter with just salt, pepper, and a squeeze of lemon juice. When they were almost done, I turned off the burner and turned the fillets over, covered the pan, and just let it sit for two or three minutes. The fish was not under-cooked. I had already peeled and boiled some potatoes and steamed some spinach. Dinner was served.
Posted by Ken Broadhurst at 06:30