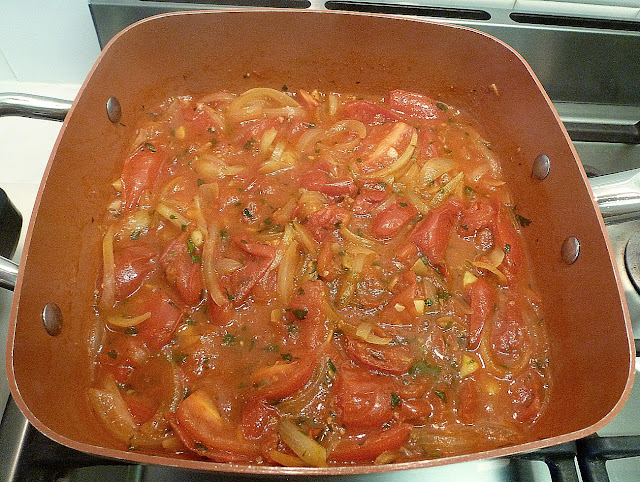 In a book about Moroccan tajines (spicy stews) that I've had for a few years now, I recently noticed a recipe for eggplant (aubergines) that tempted me. I read it and thought about it for a couple of days, and it dawned on me that it didn't have any Moroccan spices in it. Those were easy to add and they really livened the tomatoes up. 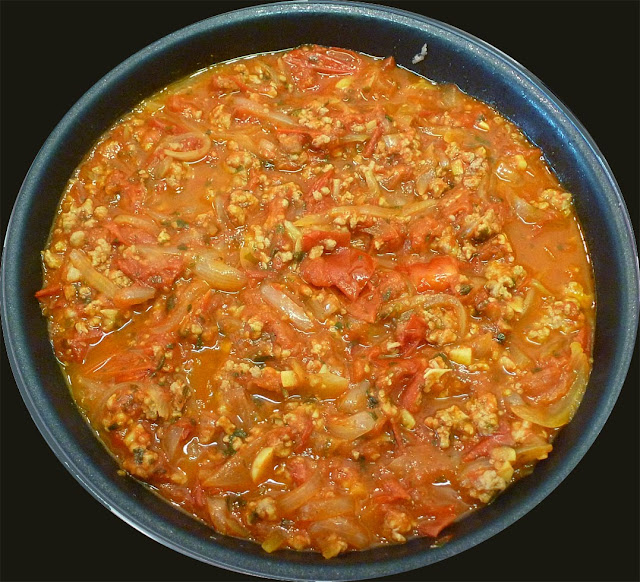 Thinking about how tajines are often sweet and spicy at the same time, and how there's a recipe in the book for chicken with tomatoes and honey — I've made that before —  I decided to add a big spoonful or two of honey to the spicy tomato sauce I was making for this gratin. It worked really well. And since I had some ground veal in the freezer, I thought: why not make this a meat sauce and turn it into a full meal? There's no cheese in it, but we ended up grating some parmesan over it at the table. 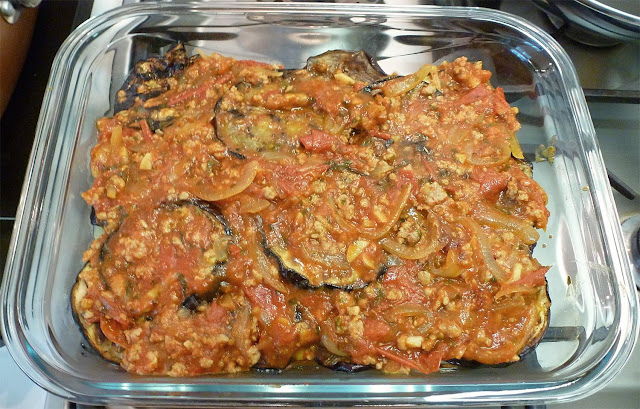 Instead of frying or even baking eggplant slices, Walt browned and partially cooked them on the barbecue grill out on the terrace. That added really good flavor to the dish. The recipe turns out to be a kind of Moroccan-spiced lasagna with layers of sliced, pre-cooked potato in the place of pasta. 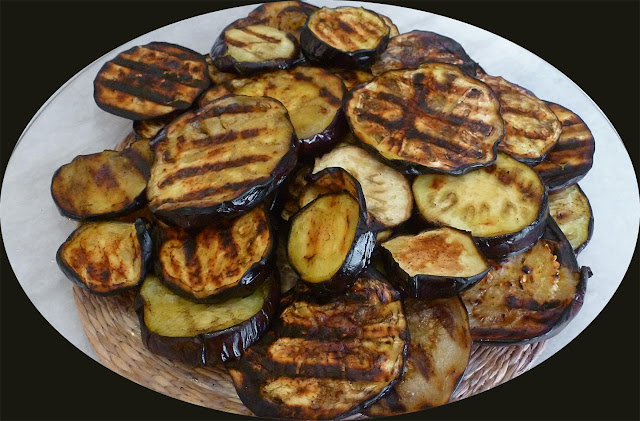 Cut the eggplants into slices and brush the slices with olive oil. Cook them on the barbecue grill or on a baking sheet in the oven. It’s messier, but you can also fry them in a non-stick pan on the stove.

Wash the potatoes and boil or steam them until they are mostly done but still firm. When they’ve cooled down, peel them and cut them into slices.

Peel and onions and the garlic cloves. Cut the onions into slices. Dice, mash, or slice the garlic cloves. Optionally, peel the tomatoes by dropping them for a few seconds into boiling water, putting them into cold water to cool down, and then slipping the skins off.

Make tomato sauce: sweat the onions and tomatoes together in olive oil in a frying pan, and then add the garlic and parsley. Add salt and pepper, thyme, and bay leaf. Season the mixture with ras-el-hanout spices and some cayenne pepper (don't overdo it) and let it cook for 30 minutes. 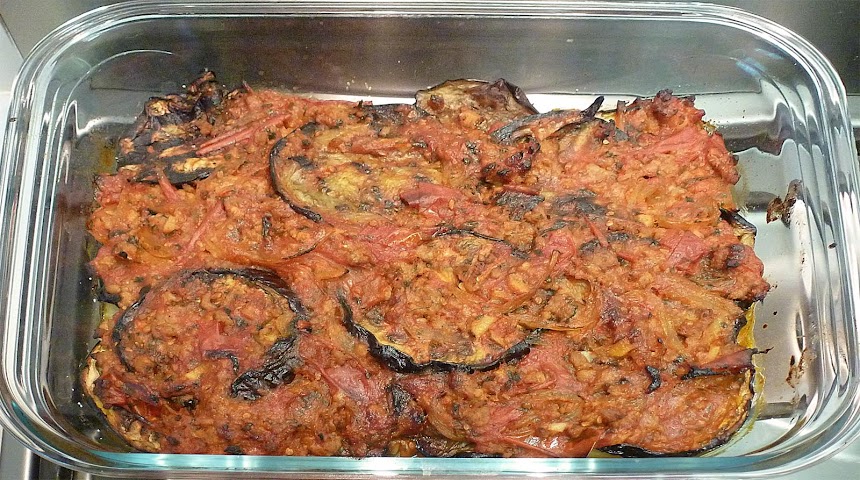 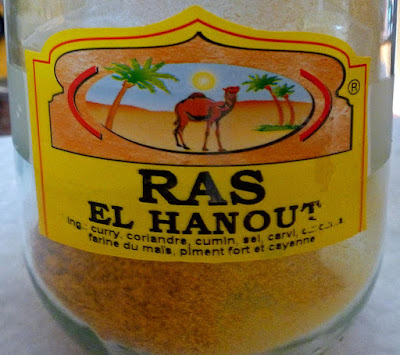