There used to be a drawbridge on the east side of the Château du Châtelier, according to the notice historique I found on the web. It was replaced by a pont incliné around 1770. The property was operated as a farm from about that time until 1966. There is still a drawbridge — a footbridge — on the west side. 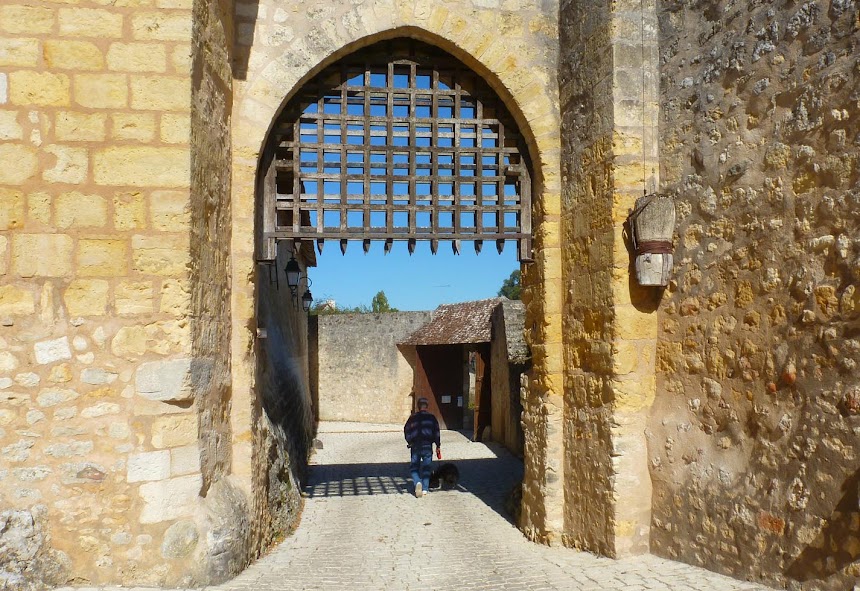 Le Châtelier's moat has survived over the centuries. Most of the stone used to build the old walls and the donjon in the late 1100s were mined when the moat was dug. Two canals linked the moat to the nearby Brignon river — one still exists — so river water could be diverted and flow through the moat. 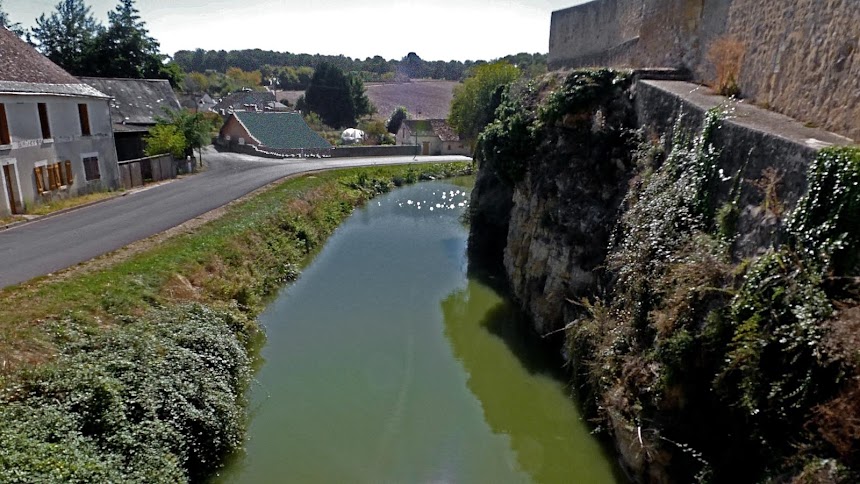 The hamlet called Le Châtelier is small and very pretty. It is known that at least 80 people lived in the hamlet in the 16th century, but I haven't found anything that says how many people live there today. The whole commune (township) of Paulmy (10 sq. mi.) is home to fewer than 250 souls now. 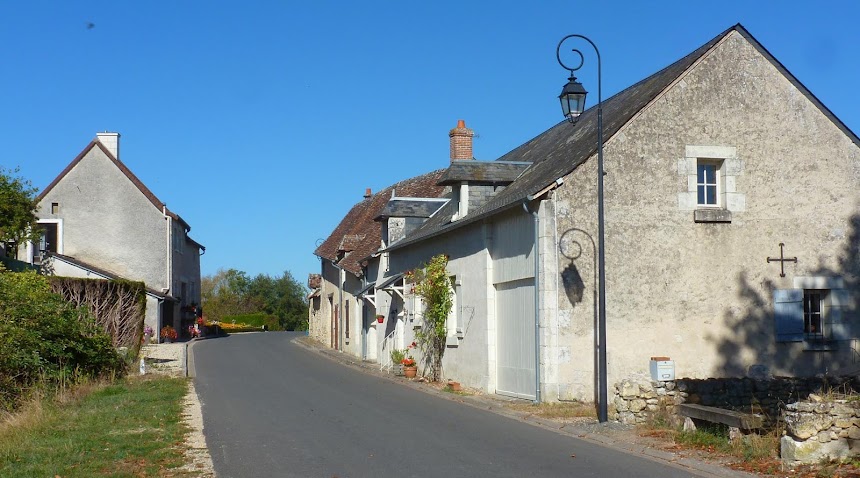 Le Châtelier was more or less abandoned for a time in the 20th century, and then in 1966 it was acquired by a couple named Lemaistre, who set out to restore and revive it. Their son took over from them in 1981. So it is today. There's a gîte rural nearby that accommodates six (three bedrooms) and rents for 500 euros a week. The occupants enjoy a nice view of the château.
Posted by Ken Broadhurst at 06:30