Off with its head 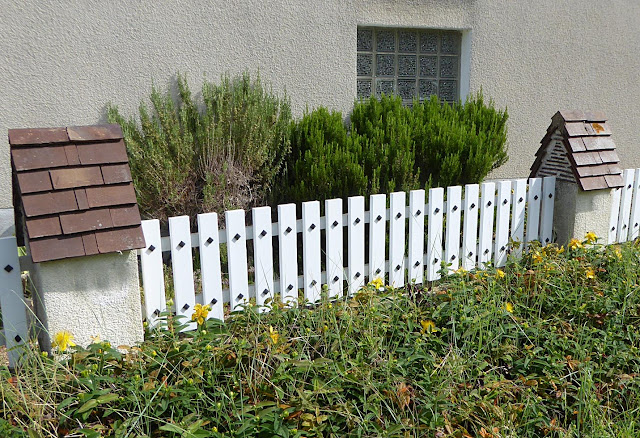 Years ago, we planted two very small rosemary bushes on the south side of our house. They have loved it there, and they managed to grow into monsters. We attacked them over the past few days to keep them from taking over and blocking the glass block window that lets a lot of light into the house. This photo is one that I took a year ago. I didn't trim the bushes last year. Obviously... 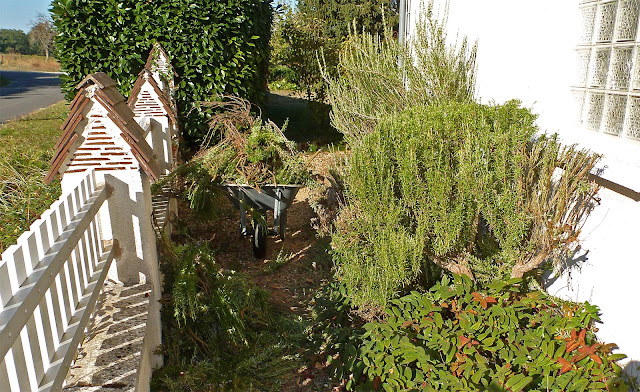 These are two different varieties of rosemary. The bush directly under the window is greener and has a better scent and taste when we cook with it. The bush behind it in this photo is more scraggly and rough looking. I trimmed one bush, and we cut the other one off at ground level. 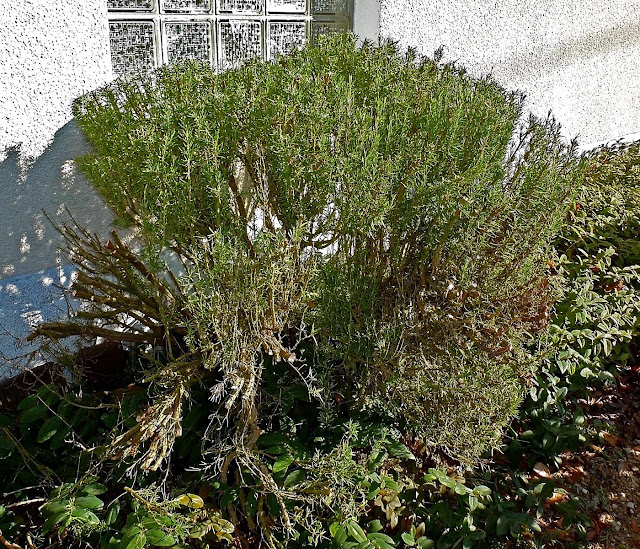 The one under the window doesn't look too bad now, but I think I'll cut it down another 8 or 10 inches in height. I feel sure that it will quickly grow back. We use rosemary in our cooking once in a while, and we should start using it more. I put some fresh "needles" off this rosemary bush in the mustard and tomato quiche we made last week, and it was pretty delicious. 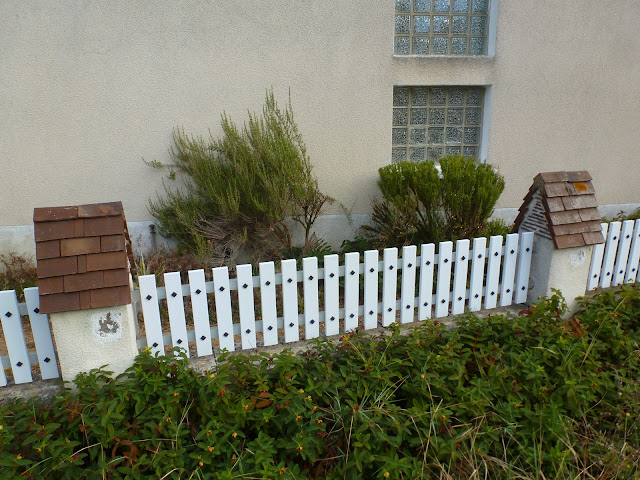 I tried to cut down the unkempt-looking rosemary bush using a big pair of limb-loppers that we keep out in the garden shed for such jobs. I couldn't do it. The wood was just too thick and hard. 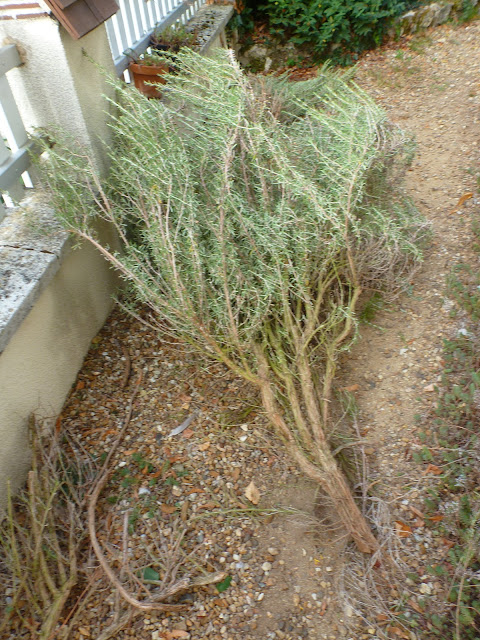 Yesterday Walt got out a little hand saw and in minutes he had the bush completely cut down. You can see how big this one branch was — and there were two others that were almost the same size. 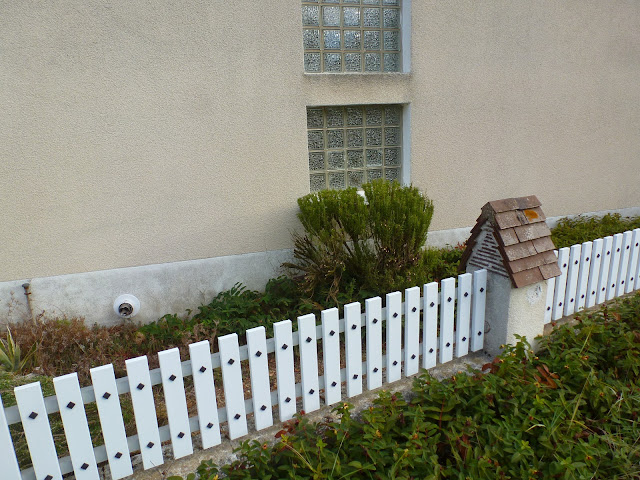 One reason why the second rosemary bush looked so bad is what you see in this photo. When we had a new boiler put in a couple of years ago, the installer vented its hot steam exhaust through the lower part of the wall instead of up through a chimney. That steam burned the side of the rosemary bush closest to it. At this point, we didn't try to dig the bush up, and it will probably come back from the root. We'll try to keep it trimmed and much smaller in size in the coming years.
Posted by Ken Broadhurst at 06:30