I remember the first time I ever ate polenta. It was in 1975 and I was living in Paris. An American woman that I knew from the university where I had been a student in North Carolina was also living in Paris then. She had a French friend named Jean-Louis. 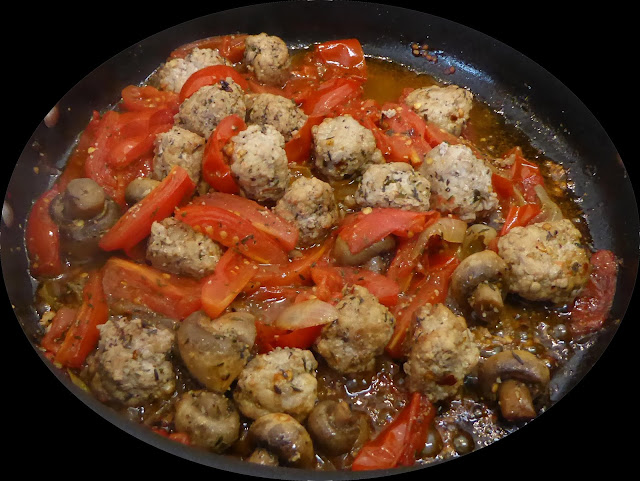 Linda was living in a tiny fourth-floor walk-up apartment in the 9e arrondissement just off the rue des Martyrs, up behind the église Notre-Dame de Laurette. I think she had invited me and Jean-Louis over for lunch. I was living out in Asnières-sur-Seine that year. 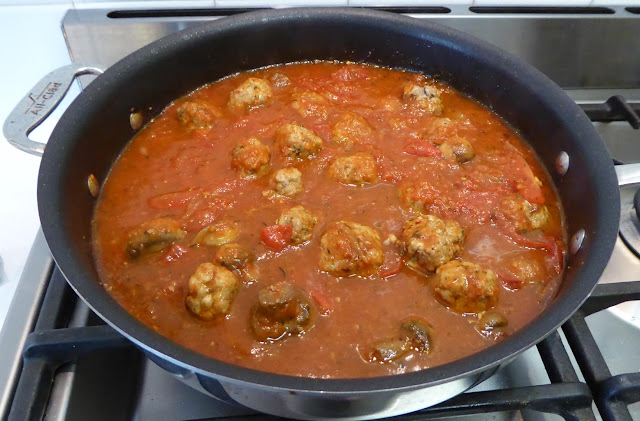 Jean-Louis (I can't remember his last name, but I think it sounded Italian) said he was going to make polenta for lunch. I asked him what that was. I had never heard of it before. He said it was something he learned to cook in Provence, where he had family. It was more or less Italian, but also southern French. 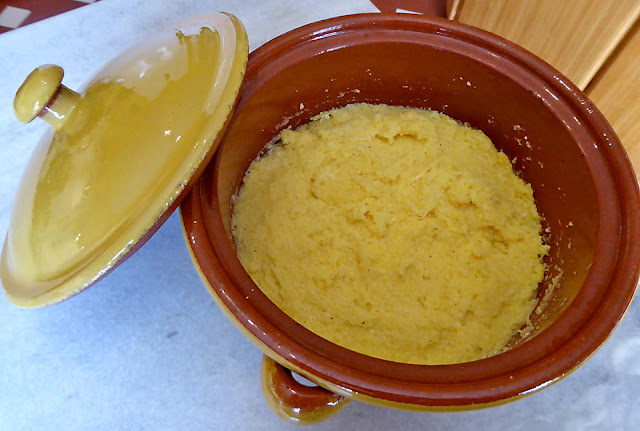 When he cooked the polenta, I realized it was a form of grits, a southern U.S. food staple. Only it was yellow, not white. And J-L was cooking it with sausages and tomato sauce as an accompaniment. In the North Carolina, we ate grits only at breakfast, with butter, salt, and sometimes some grated cheese stirred in to melt, for flavor. 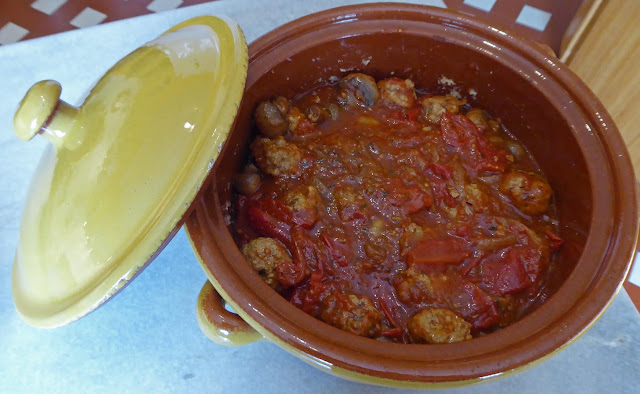 I was happy to find out I could get grits in France. And of course good sausages cooked in tomato sauce was something anybody would like. J-L cooked the polenta in a pot on the stove, poured it into a baking pan, and laid cooked sausages over the top. The polenta was thick, not runny. Then he poured tomato sauce over the top and popped the dish into the oven to heat through and brown. 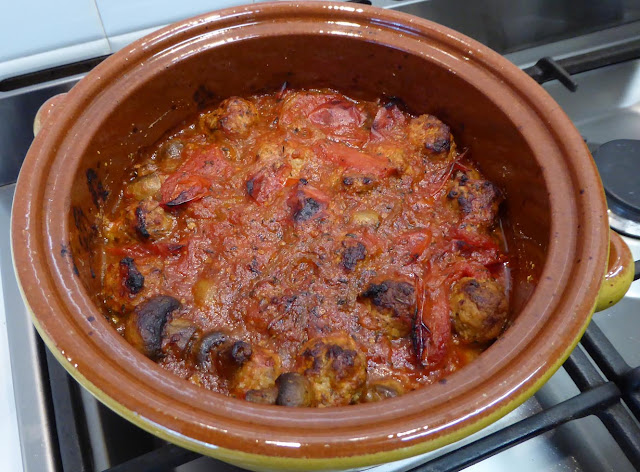 I loved the taste and the simplicity of it. I thought of it a few days ago, because we had polenta, fresh tomatoes, onions, mushrooms, and plenty of tomato sauce, as well as some little veal meatballs that I had stored in the freezer. We'd been eating rice, potatoes, and pasta for a few days, so polenta would be a nice change. I browned the meatballs with sliced onions, mushrooms, and tomatoes, and then poured tomato sauce over all that and let it finish cooking. The sauce would be spread over the cooked polenta and the dish then browned in the oven. (You could make it without meat...) 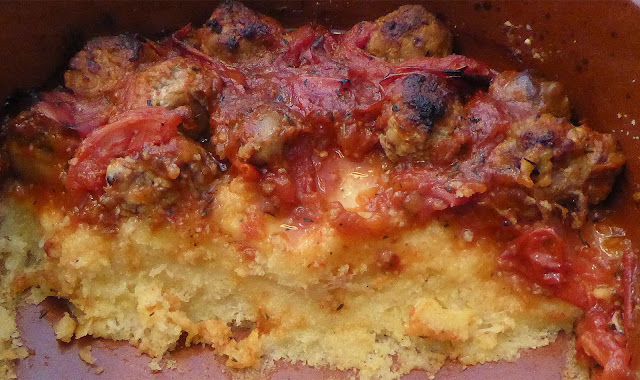 I cooked the polenta (1 part polenta and 3 parts water), with some grated cheese stirred in, for five minutes in the microwave. Then we enjoyed the gratin with parmesan cheese grated over it at the table, and a drizzle of olive oil. On the internet, I see recipes for something similar called polenta con salciccia. Bon appétit ! And thanks to CHM for the frying pan and the baking dish.
Posted by Ken Broadhurst at 06:30