This is the building called La Grange des Protestants on the grounds of the Château du Châtelier. Nobody is sure when it was built. There's evidence that a smaller structure stood on the site before the Renaissance era (1500s). The walls of the building are two meters (6½ ft.) thick, which makes some people think it must have been built during medieval times, when châteaux in the region were highly fortified so that they could be defended from attackers. 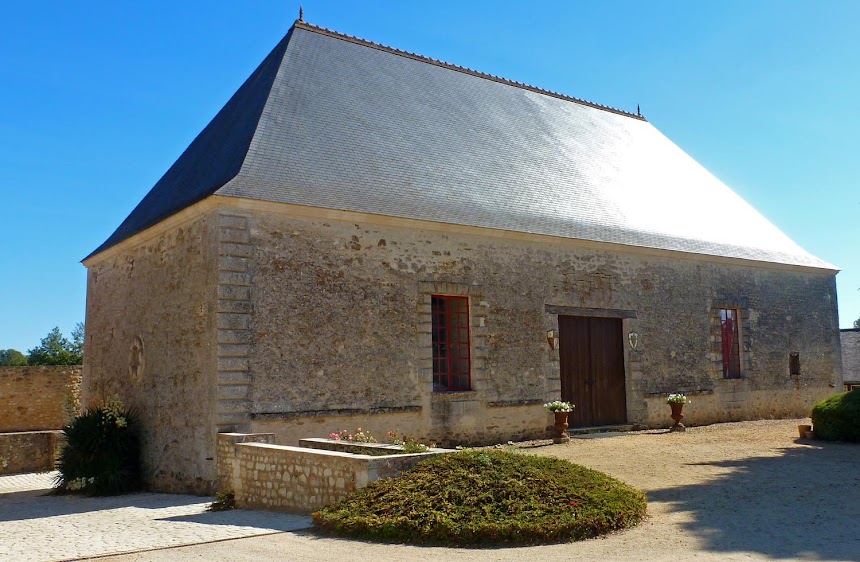 It might be, however, that the thickness of the walls of the "protestants' barn" were needed simply to support the weight of the timber frame roof structure, which resembles a ship's hull turned upside down. (Unfortunately, the barn was closed to the public when we visited, so I have no photos of the interior.) The windows and the door in the photo above seem to have been added in the mid-1600s. By then, the barn had been used for more than a century as place where local protestants could hold religious services. 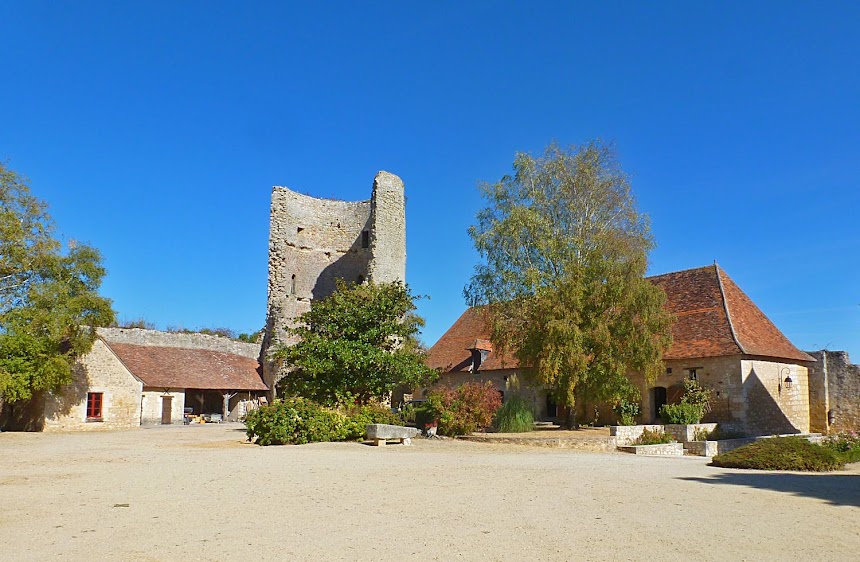 Here's a longer view of the massive medieval tower. It's 25 meters (82 ft.) high and nine meters (29½ ft.) in diameter, with walls two meters thick at the base. It was probably gutted during the wars of religion in the late 1500s, and is known to have been in its current state as early as 1750. Efforts to demolish the tower completely during the Revolution in the late 1700s were unsuccessful. The tower was too solidly built of very hard sand and stone. 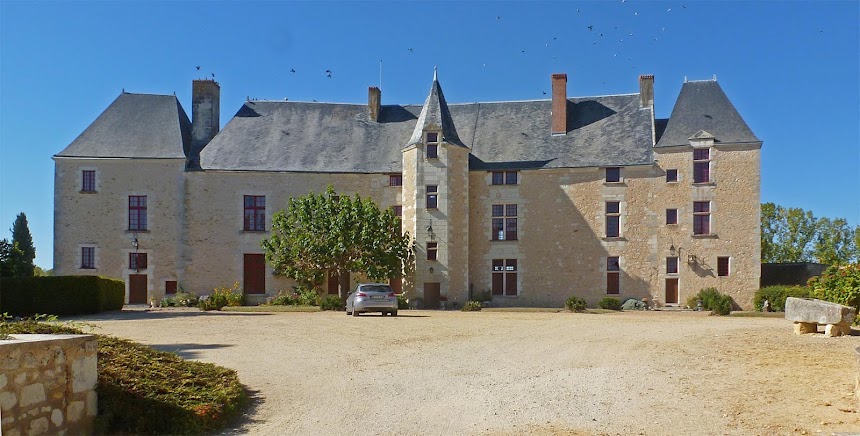 The residential building at Le Châtelier was originally built in the late 1400s and much modified and enlarged in the 1500s. The owner of the property in the mid-1600s undertook further "remodeling" work and most likely bankrupted himself in the process. The whole property was sold at auction in 1688 and was basically abandoned for a century before finally being converted into a farm. The current owners began restorations in 1966.

My source for all this information is here.
Posted by Ken Broadhurst at 06:50