We drove over to Paulmy, about 30 minutes south of the bigger town of Loches, on Thursday afternoon. Along the way, we stopped at Le Châtelier, and château and hamlet just west of Paulmy, a village where friends of ours live. 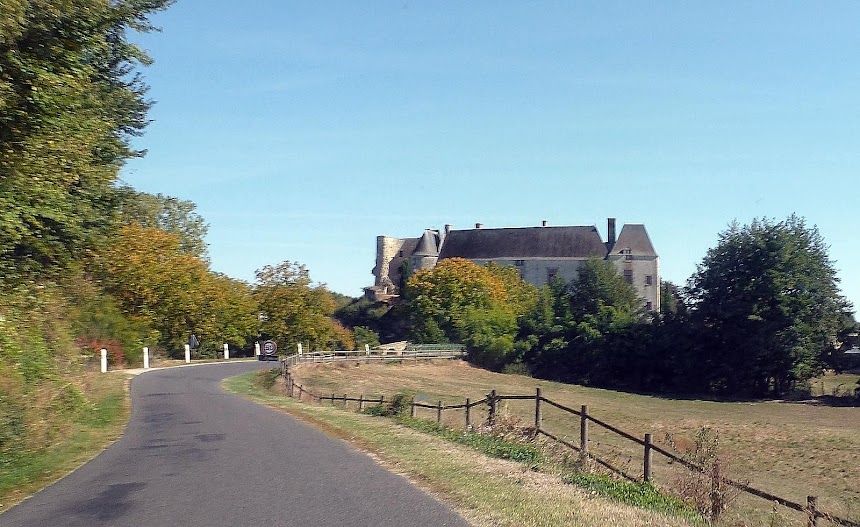 We drove into Paulmy from the west, passing through the village called Neuilly-le-Brignon (aerial view here). Above is the view as you drive into Le Châtelier. The building is the 15th century residence, and on the left you have a partial view of the big, partially dismantled donjon (fortified stone tower). Below is an aerial view of Le Châtelier that I grabbed off the French Géoportail site. You can see that the château complex is completely surrounded by a moat. There's a high-quality, more detailed aerial photo on this site (Survol de France). 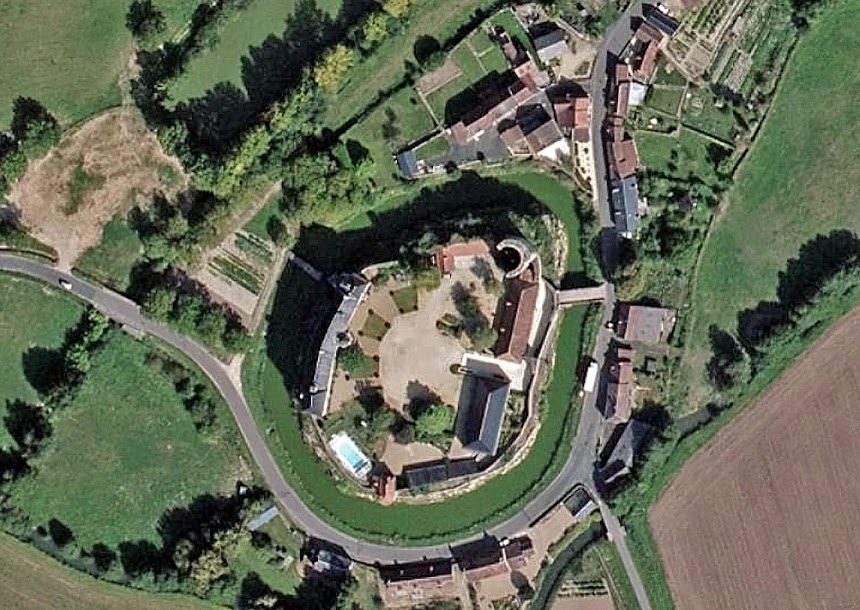 The buildings on the right side of the courtyard are the red-roofed stables, the tower to the north, and a building called La Grange des Protestants (grange = barn) to the south. The long building on the left is the residence. Visitors are allowed to enter into the courtyard and take in the views as well as take pictures. A document I found on-line says: "This castle is a private property. You can have a look from the middle of the courtyard and to the old barn (on the left), but the inside of the castle cannot be visited. The underground tunnels are prohibited as well as climbing on the walls." 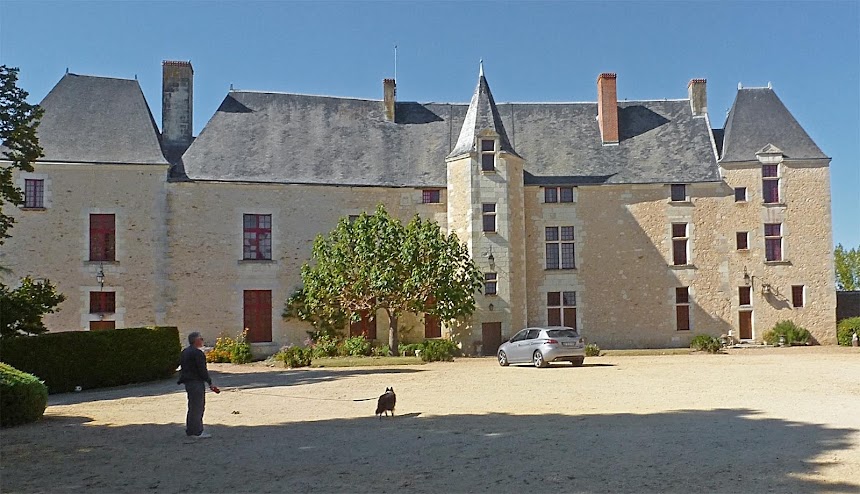 Here's the residence at Le Châtelier (with Walt and Tasha in the courtyard). The central part of the building was built, apparently, in the late 1400s, and it was much modified in the 1500s and afterward. Le Châtelier was a Protestant stronghold beginning in the late 1500s, during the French wars of religion. The building called La Grange des Protestants was probably built as a temple where religious services could be held. It's not clear if it was built earlier than the 1500s, but its walls are two meters thick.
Posted by Ken Broadhurst at 06:30