October 22, 2018. La Rochelle, on the French Atlantic coast. I was standing about 200 meters (700 feet) from this church tower when I took this photo. It's the Église Saint-Sauveur, and the tower dates back to the 15th century. The rest of the church, not visible here, is much newer. The building has a long and complicated history, which is more interesting than the architecture. 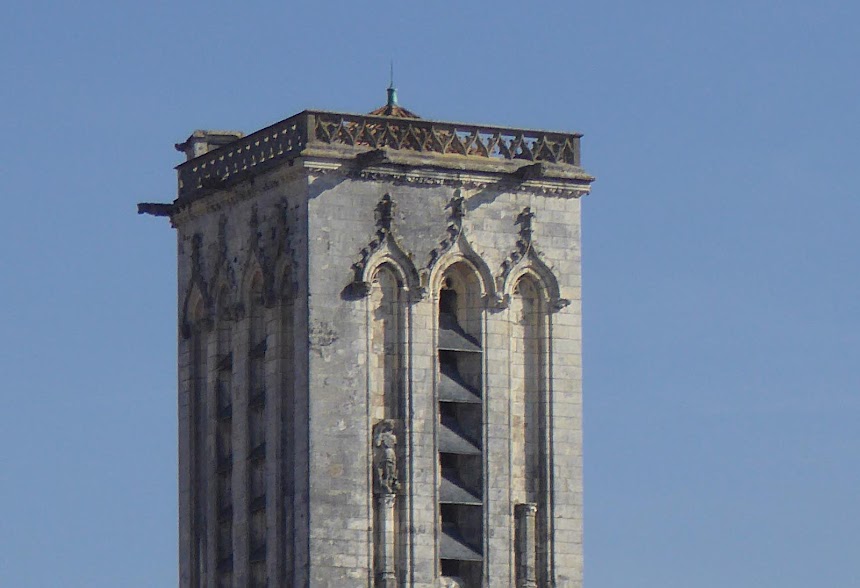 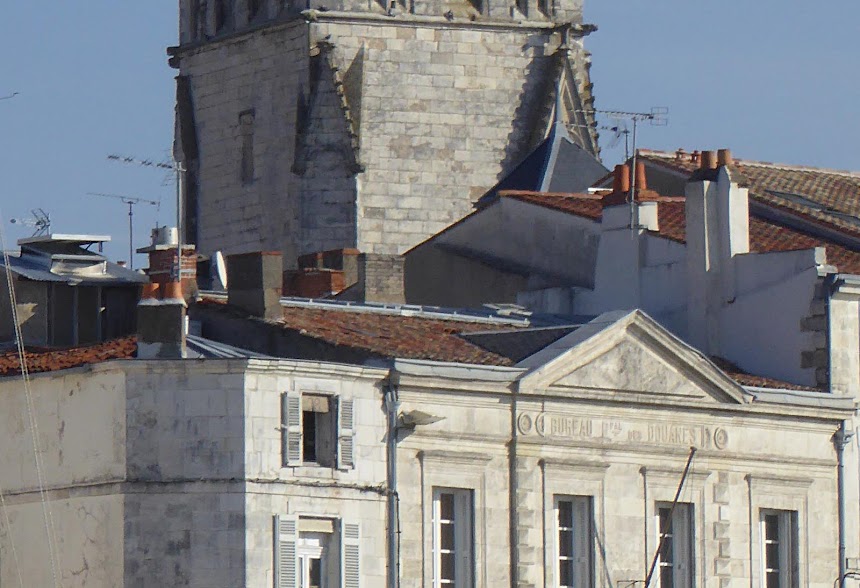 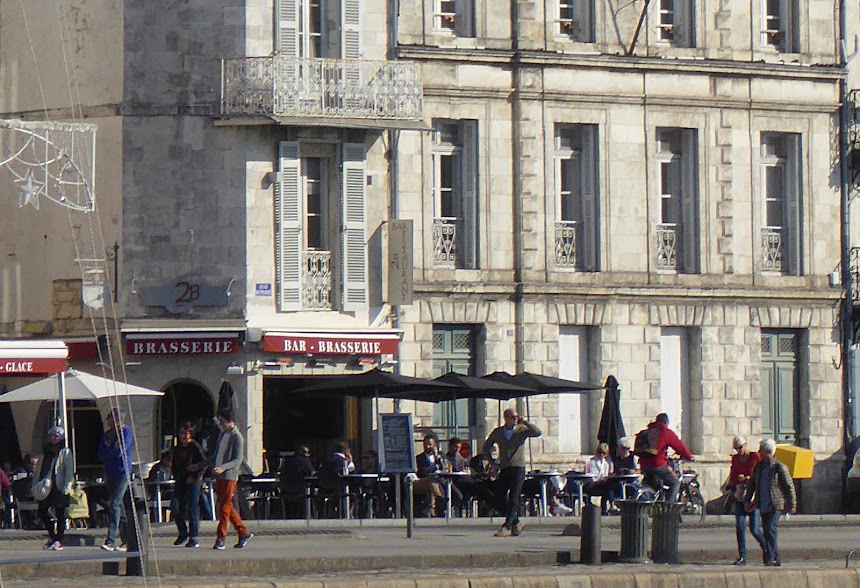 I was standing across the the northwest corner of the Vieux Port, looking toward the southeast. The bar-brasserie in the photo is at the corner of the Quai Duperré and the rue du Port. I like the combination of the old church tower with the lively street scene. The only reason the church tower survived the Guerres de Religion of the late 16th century was that it had a clear military value.
Posted by Ken Broadhurst at 06:30