Two churches in Niort for a Sunday

These Niort landmarks are not ancient churches. The first one is the Église St-André. It was an important Romanesque edifice in the Middle Ages, and then it was drastically altered and enlarged during the Renaissance. Worse was to come: St-André was reduced to ruins during the Wars of Religion in the late 1500s. It was rebuilt and then enlarged again in the late 1600s. During the Vendée Wars of the late 1700s, at the time of the French Revolution, the church was used as a barn for the storage of livestock feed. Finally, St-André was again rebuilt between 1855 and 1863. It is considered to be a fairly faithful copy of a 13th century Gothic church. Thanks to French Wikipedia for the history. 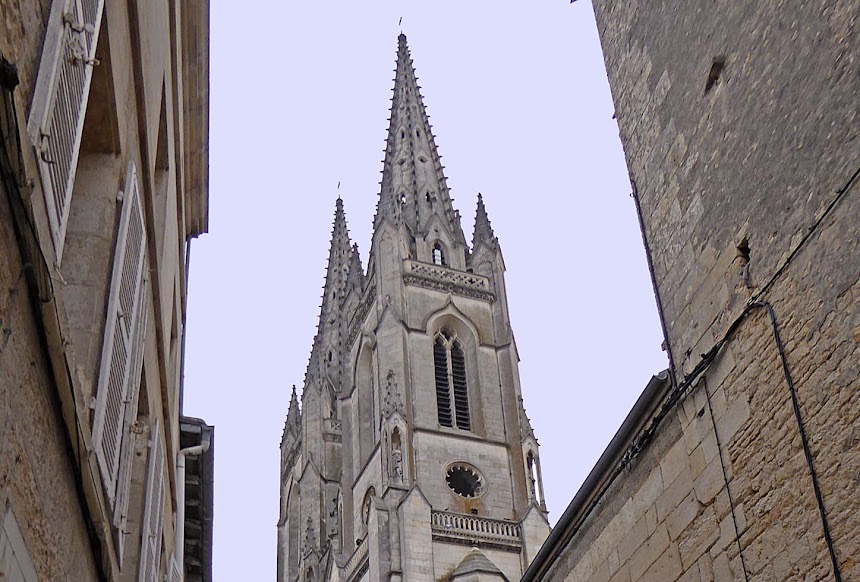 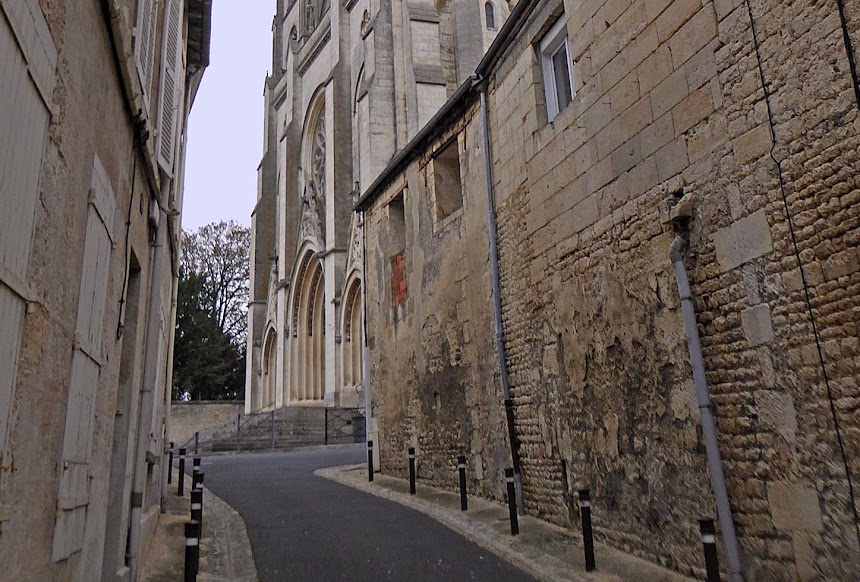 The church below is called St-Étienne du Port. It was built in the neighborhood called Le Port, north of the donjon de Niort, on the other side of the river, where there was no church at the time, but only a small chapel. The people of the neighborhood protested the fact that they had to cross the river and go to churches in other neighborhoods. Napoleon III gave permission in 1853 for the construction of this new church. It was nearly 30 years later when land was acquired for the project by the bishop of the city of Poitiers, who personally borrowed the money to purchase it. Groundbreaking happened in 1893, and by 1896 the church walls were standing. During the excavations for the church's foundation, the tusk of a prehistoric woolly mammoth was unearthed on the site. The church's organ and bells were in place by 1902. Thanks to Wiki-Niort for the history. 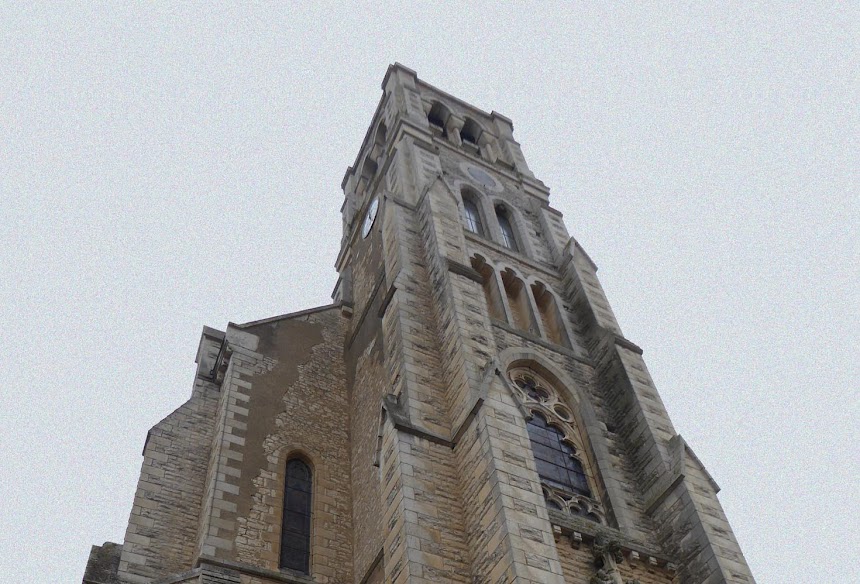 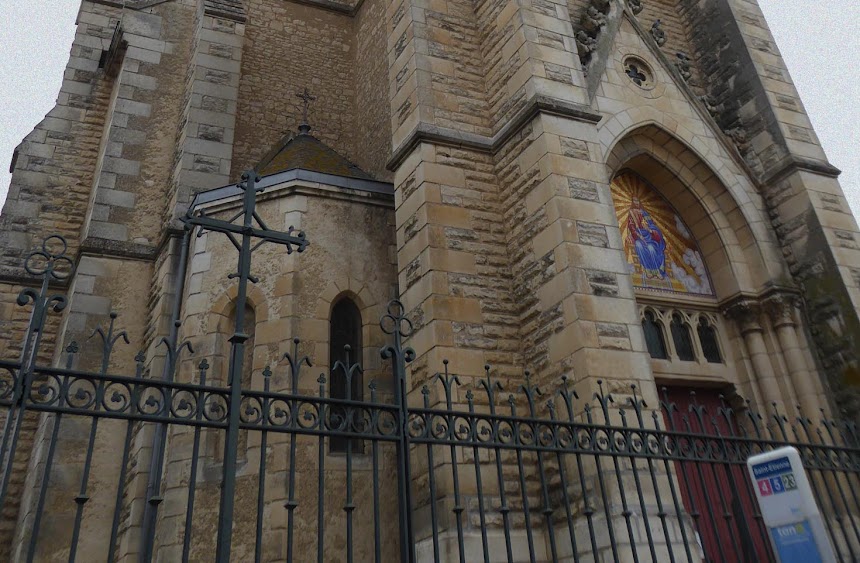 I'm cooking sauerkraut for lunch today. I put the raw choucroute in the slow-cooker last night with white wine, onions, carrots, and spices. It looks and smells pretty good this morning. Now I just have to steam some potatoes, and Walt will cook some sausages and chicken on the barbecue as accompaniments. The weather is supposed to be spring-like today and until Wednesday, so we want to take advantage of it by cooking on the grill. Bon dimanche...
Posted by Ken Broadhurst at 06:30