Hake in French is merlu. The hake is a long, round, fierce-looking fish — a member of the cod family. Look at those teeth. The European hake (Merluccius merluccius), is found in the Atlantic Ocean off the  coast of Europe and western North Africa, in the Mediterranean, and in the Black Sea. That's according to the Wikipedia article on hake. 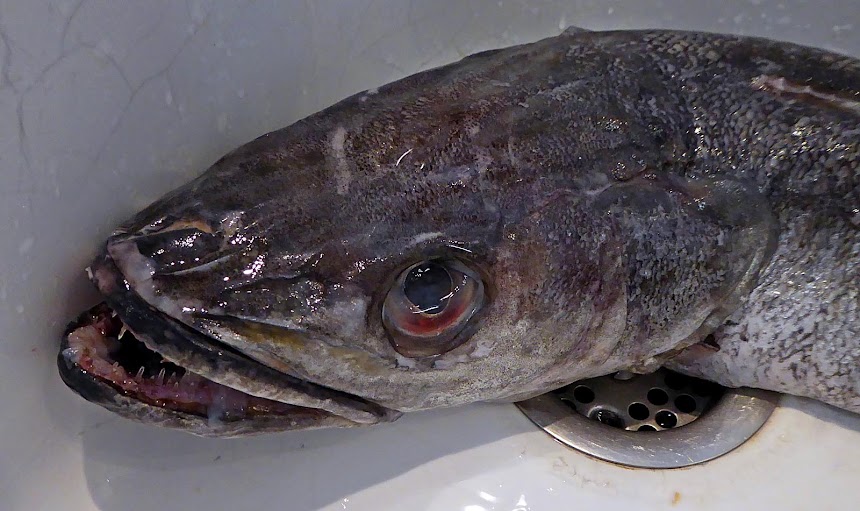 In La Rochelle back in October, at the fishmonger's in the city's central market, I waited in line, listening, while a woman tried to decide what fish to buy for her dinner. The fishmomger recommended merlu and told her to cook it in a court bouillon and remove the skin after the fish was cooked. He said all the fish he sold was local, so I know that hake live in the Atlantic off the French west coast. That day I  bought a sea bream, but a couple of days later, while we were still staying in the gîte, I bought some boneless hake fillets at a supermarket in Fontenay-le-Comte. We enjoyed those just panned in olive oil. 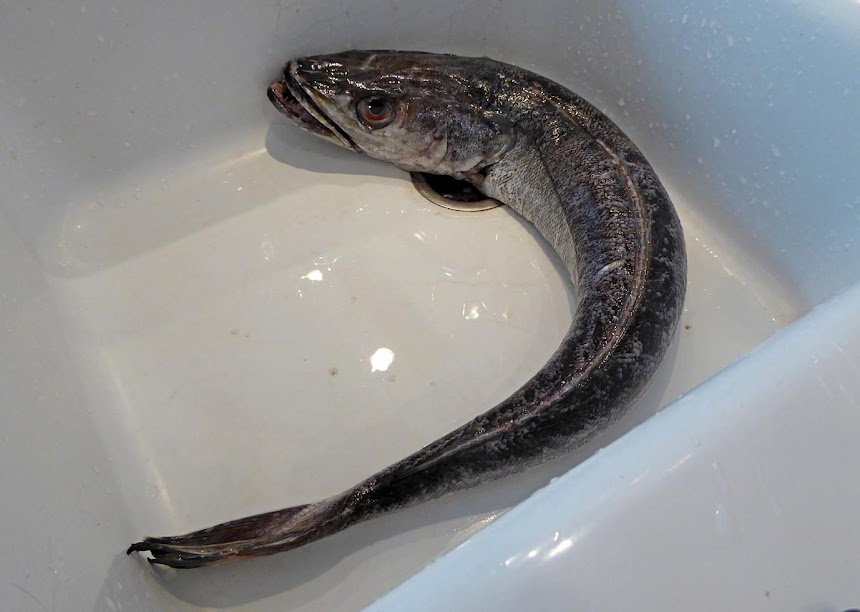 Back here in Saint-Aignan, a week or two ago we got our regular weekly supermarket, garden center, and DIY advertising flyers in Monday's mail and hake put in another appearance. SuperU was having a big special on Portuguese products — I think a lot of Portuguese people must live around here (I know a few) — and one of the imported products was whole hake at 6.50€/kg. That's less than three euros a pound. Walt went and bought the one you see in these photos. 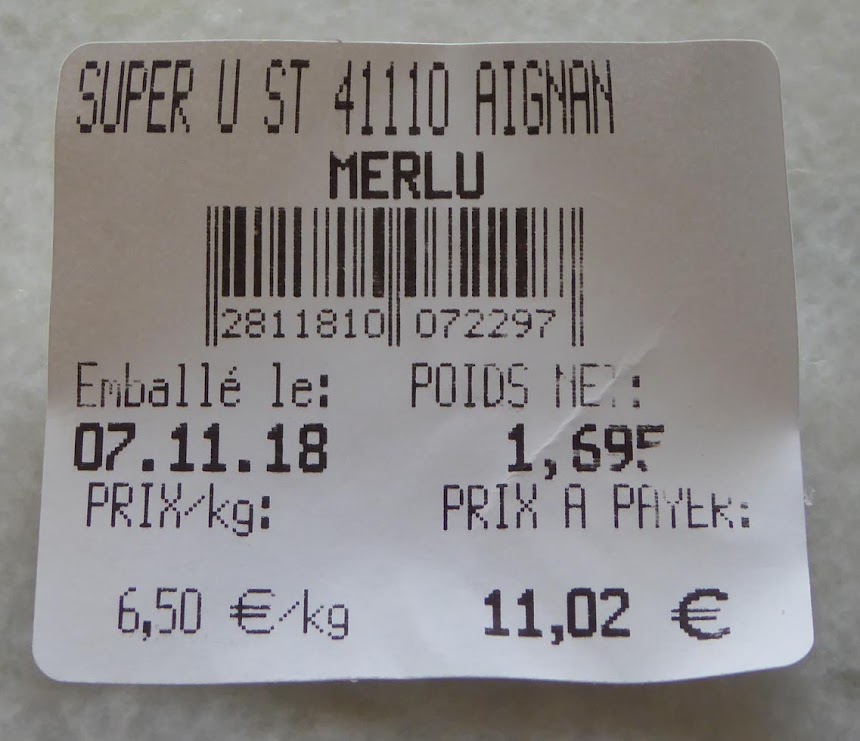 The hake weighed in at 1.7 kg (3¾ lbs.), so we had leftovers after we poached it and had eaten some for lunch. It had poached lightly in a court bouillon of water, white wine, vinegar, onion, garlic, bay leaf, and leek tops, plus some black peppercorns and allspice berries. What you do is slide the whole fish into simmering bouillon after the aromatics have cooked and given it good flavor. As soon as the liquid returns to the boil you turn off the heat and just let it all sit there and poach for 10 or 12 minutes. 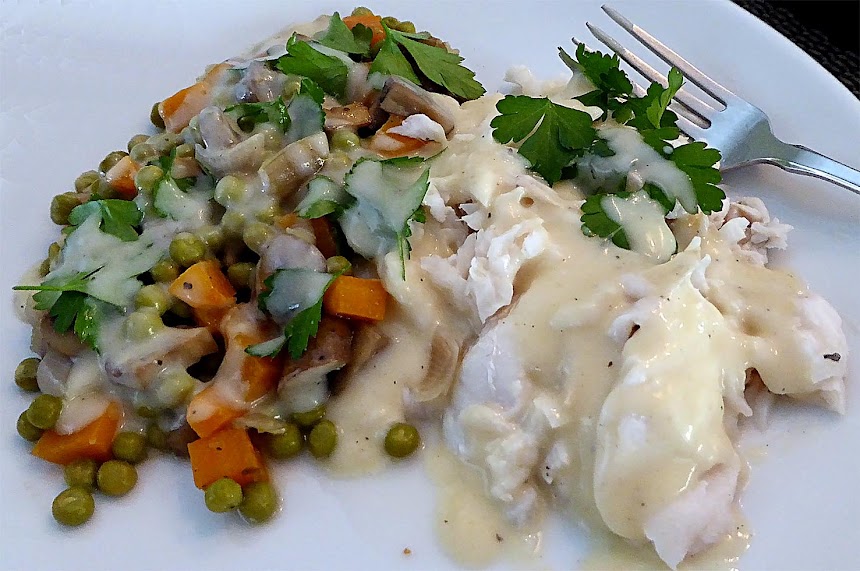 We enjoyed a lunch of fish with garden peas, carrots, and mushrooms. I made a white sauce using some of the bouillon and some cream. But we had a lot of fish left over, and we put it in the refrigerator. A day or two later, I decided to go ahead and take the rest of the flesh off the bones. And I had an idea: crab cakes. Well, not exactly: why not hake cakes? I found a North Carolina recipe for crab cakes and adapted it. More tomorrow...
Posted by Ken Broadhurst at 06:30