We passed the test! It's a big relief, and it means that the 16-year-old Peugeot 206 is good for at least another two years. I took it to the inspection station — le centre de contrôle technique —  yesterday morning and got the good news. Inspection stations in France do only that — they inspect. They don't do repairs. You have to go to a mechanic for those. That means there is no conflict of interest. 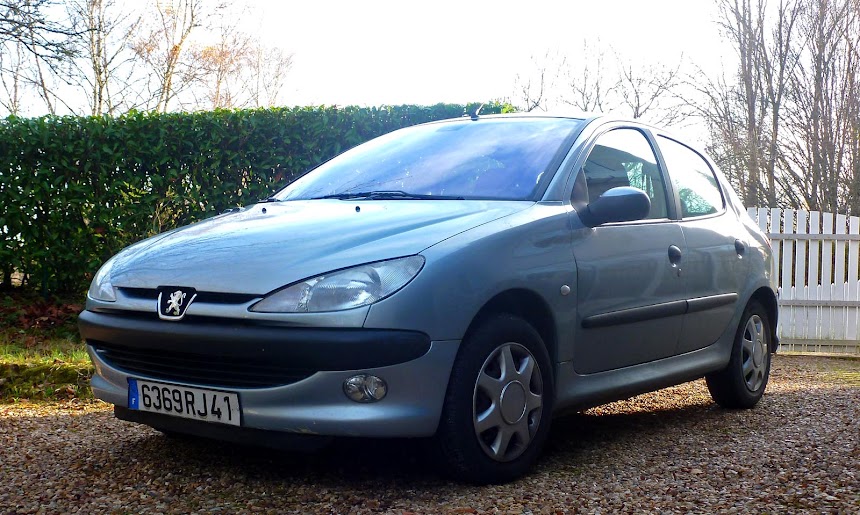 When the man who checked the car out was giving me the paperwork, he commented on how low the Peugeot's kilométrage is. The odometer reads about 127,250 kilometers, but that's not the true figure, because the instrument cluster had to be changed out a few years ago. I gave the man the real "mileage" — it's more like 181,300 km, which is about 112,500 miles — and he said even that wasn't much on a car with a good diesel engine like the Peugeot's. 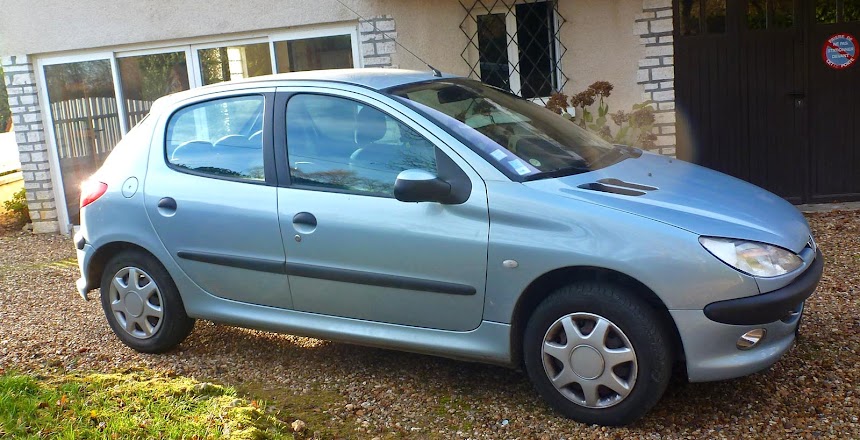 Fact is, we've put only about three thousand miles on the car since its last inspection, two years ago. By the way, more than 8.3 million Peugeot 206 cars have rolled off the assembly lines in France and other countries over the years. No other Peugeot model has ever been produced in such numbers, and more Peugeot 206 cars have been sold than any other French car model in history, surpassing the legendary Renault 4 — I had one of those 30 years ago. However, if you live in the U.S. you might never have heard of the Peugeot 206 or the Renault 4 before, because neither has ever been sold there.
Posted by Ken Broadhurst at 07:00