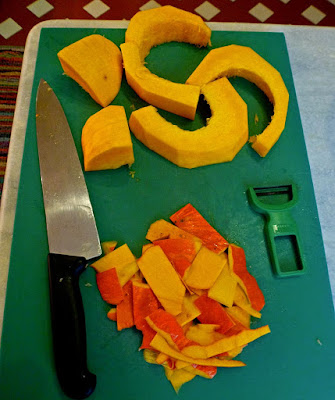 The lamb and pumpkin tajine I've been writing about calls for caramelized cubes of pumpkin. In other words, it's a sweet-and-savory dish. The lamb is cooked with Moroccan spices including cinnamon, nutmeg, cumin, and cayenne pepper, and with onions.


For the caramelized pumpkin (or other winter squash like butternut), you cut the pumpkin in half or quarters, remove the pulp and seeds from the center, and then cut thick slices that you can peel with a knife or vegetable peeler. You can cut the thick slices into cubes, the way I did, or you can caramelize the thick slices themselves, whole. 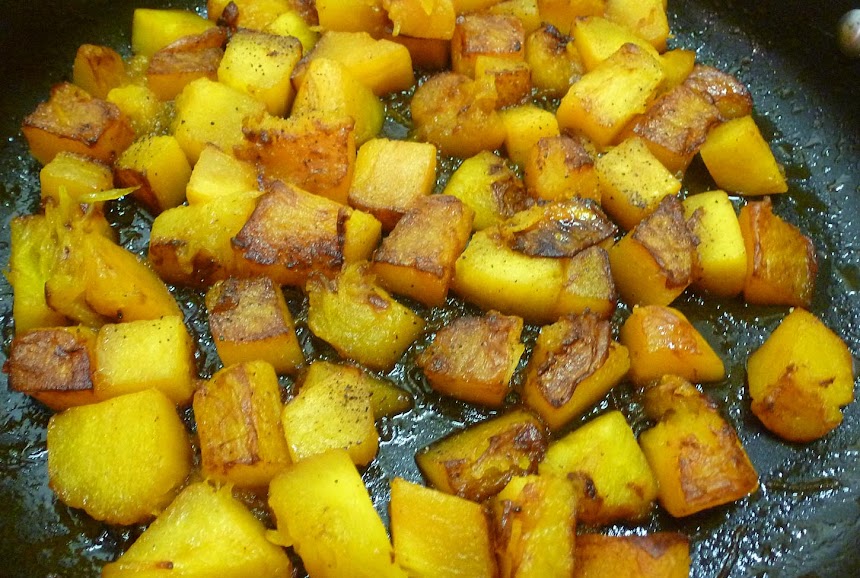 Melt plenty of butter in a non-stick frying pan. Put the chunks or slices in the pan and let them brown on one side. It takes a few minutes. Then carefully turn all the pieces of pumpkin over, or toss them around in the pan, to try to get them brown on another side. It can be a fairly delicate operation once the pumpkin starts to cook and soften. 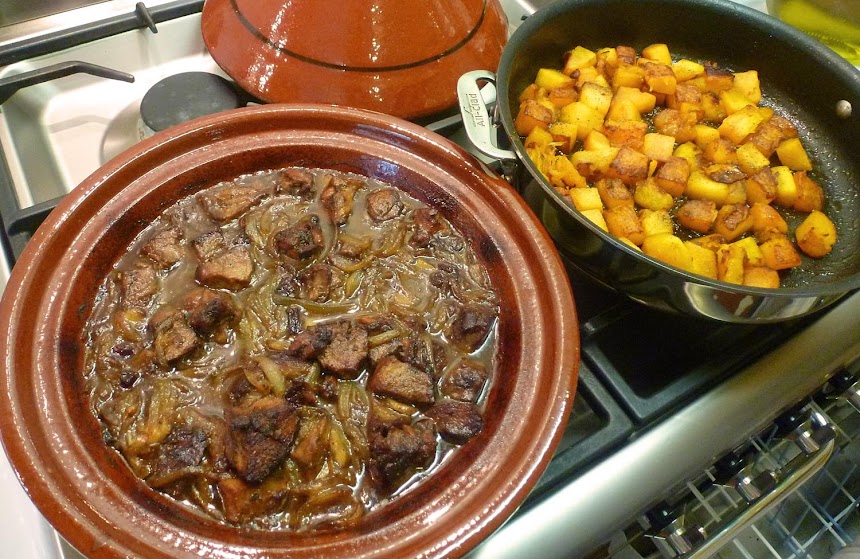 When the browning is done, pour a couple of tablespoons of honey into the pan and stir everything around gently. The honey will start to thicken. Put a lid on the pan for a few minutes until the pumpkin pieces are tender. Set them aside until you're ready to combine them with the braised meat you're using — lamb, turkey, or chicken, for example. 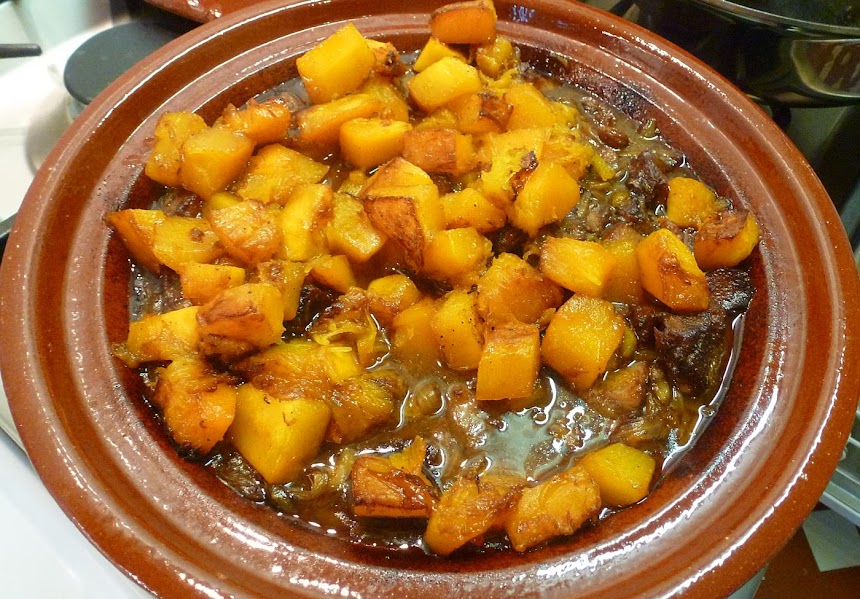 Definitely cook the meat with onions and spices. Adding tajine spices to the pan of caramelized pumpkin cubes or slices is optional. Actually, the meat is optional too. The little Tajines (Hachette 2005) cookbook I have includes a recipe for a vegetarian pumpkin tajine cooked with sauteed onions, raisins, spices, butter, and honey. The caramelized pumpkin could also make a good dessert, with pound cake or rice pudding, for example.
Posted by Ken Broadhurst at 07:00