“Sea fruits” (and eat them)

Seafood in France goes by the plural name « fruits de mer » — sea fruits. At least shellfish, including shrimp and squid, and crustaceans (crabs, lobsters) are called that. Fish (poissons) is a separate category. Evidently, the terms « fruits de mer » was borrowed from the Italian « frutti de mare » around the time of the French Revolution. 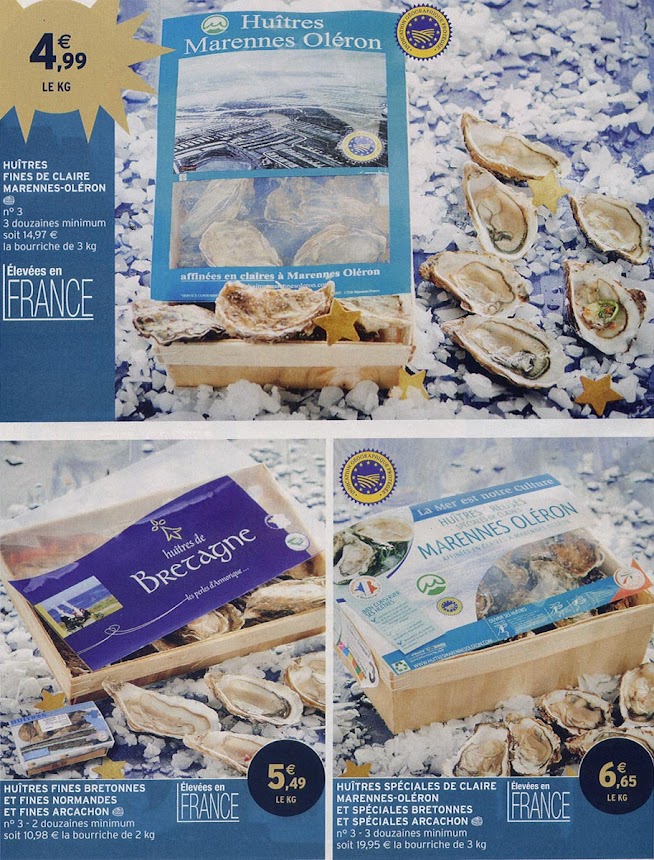 Fruits de mer are, along with poultry, some of the most popular holiday foods in France. Winter is their season, anyway. Remember the old saw about eating oysters and other shellfish in months with a R in their names. We'll be having oysters on New Year's Eve. We get them from the fish and seafood vendor at the open-air market on Saturdays in Saint-Aignan. They are brought in overnight from the coast near the town of Marennes and the Ile d'Oléron, as in the ad above. Brittany and Normandy, also not far from here by car or truck, are also famous for their oysters. I like them raw, on the half-shell — or lightly steamed (mi-cuites), the way we ate them in N.C. 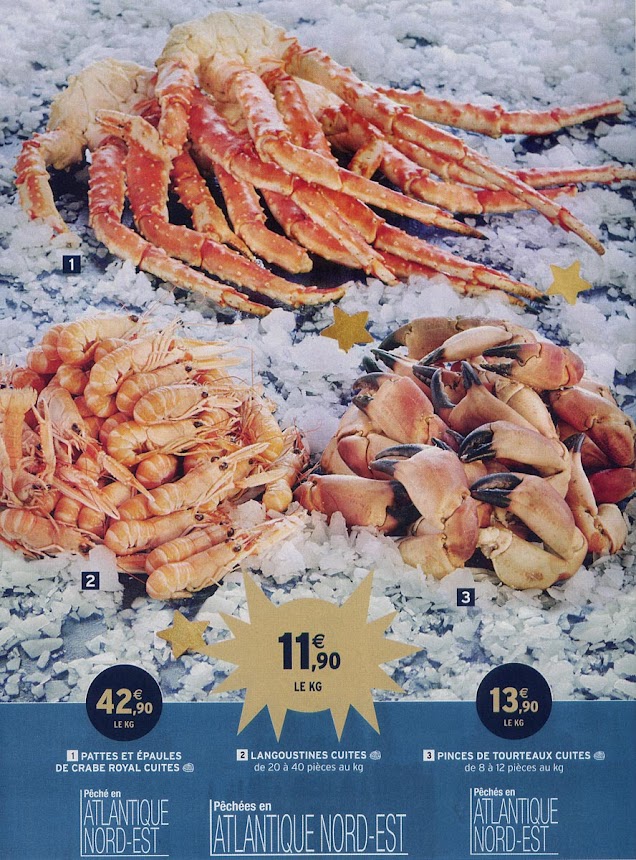 In fact, no part of France is very far from the sea, compared to the central parts of continent-size countries like the U.S. and Australia. Even the areas that are farthest from the coast like Burgundy or our region, called Le Centre, are at the most a four- or five-hour drive from the sea. For comparison, cities like Asheville in North Carolina are farther from the coast than any place in France, and west of N.C. you have Tennessee, Arkansas, Oklahoma, and... well, thousands of miles of territory where seafood is not, or used not to be, readily available. People out there don't have a seafood culture the way French people do. 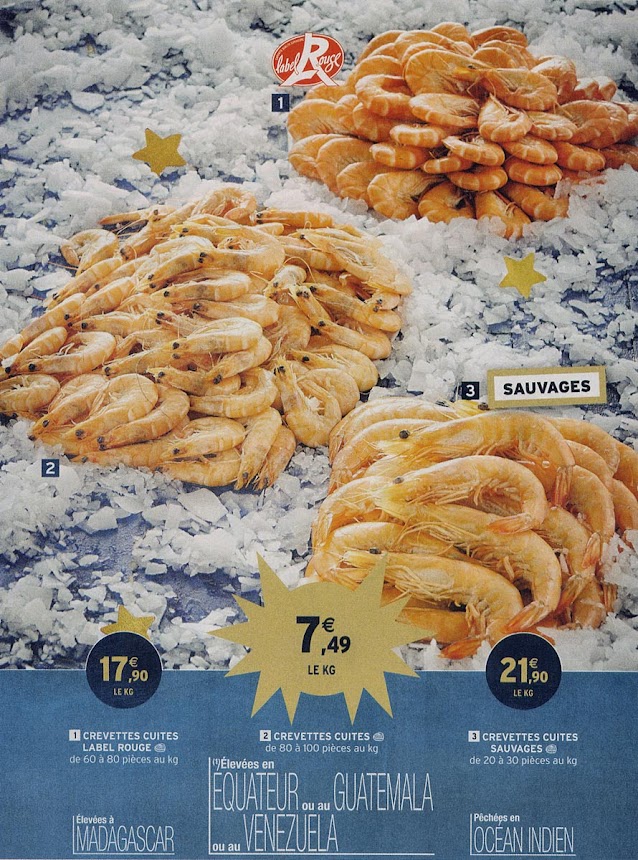 Walt and I eat a fair amount of shrimp (crevettes). I grew up eating them on the North Carolina coast, back when shrimp were abundant and cheap. They were so inexpensive that we used them as bait to catch little fish that most people nowadays wouldn't even bother fishing for, much less cleaning or cooking and eating. Those days are gone. Most shrimp in France are sold already cooked, which I don't really understand in this cold climate. Once in a while you can find affordable raw shrimp on the markets or at the supermarket, mostly frozen. We get them from Asian grocery stores in up in Blois and over in Tours. I like to clean and cook them myself, not buy them pre-cooked. 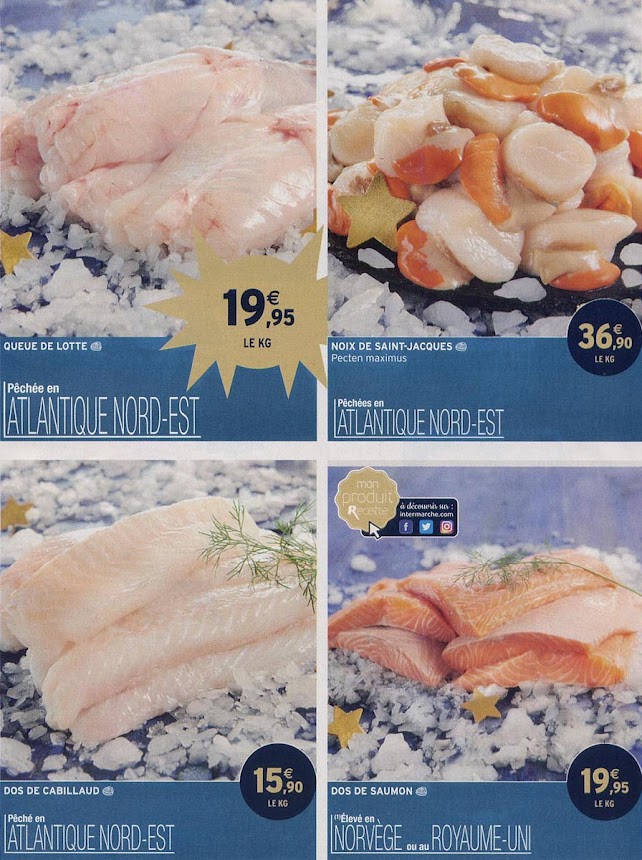 In the ad above, queue de lotte is monkfish, which until the past few decades was not really popular, even along the coasts. Queue means tail. Have you ever cooked and eaten monkfish tails? Saumon is of course salmon, most of which is farmed nowadays — Scotland and Norway are big producers. Dos de cabillaud means the dorsal part (the back) of the codfish (cabillaud). It's the thickest and most sought-after part of the cod fillet. Back in the early 1980s, when I lived in Paris, cod was considered an ordinary, run-of-the-mill fish choice. It was cheap. Nowadays the prices are sky-high. It's not as expensive as scallops — noix de Saint-Jacques — though.
Posted by Ken Broadhurst at 07:00