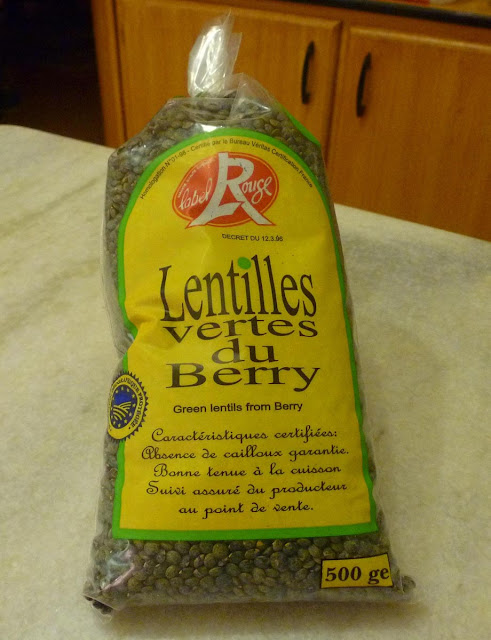 Yes, they looked like clams or some other mollusk, but those were lentils in my photos yesterday. I had bought and was cooking a 500 gram bag of lentilles vertes du Berry. They are produced by the Association Lentilles Vertes du Berry in Saint-Georges-sur-Arnon, just outside the town of Chârost, near Issoudun, in the old Berry province.

Lentils are easy to prepare because you don't need to soak them before cooking them, and they take only 20 to 30 minutes to cook.

I made what is called une brunoise — aromatic vegetables cut into tiny dice — to cook with the beans. It was onions, garlic, and carrots.

I "sweated" the brunoise in a little bit of duck fat before adding the lentils to the pot and tossing them with the fat and vegetables. Then I added water and a little bit of stock. 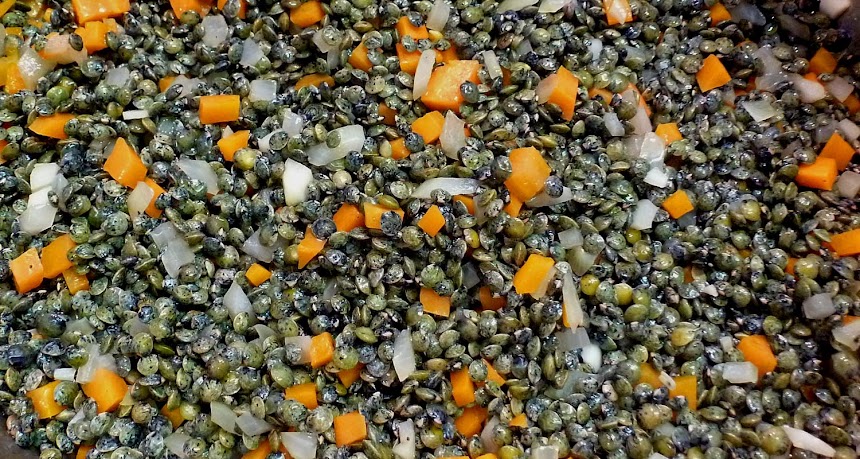 I also had some meats left from the choucroute garnie that I cooked a few days ago, so I diced those up and put them in the pot with the lentils and vegetables. They included some smoked ham hock, part of a smoked saucisse de Montbéliard, and most of a saucisse de Francfort. In France lentils are often cooked and served with the salt-cured pork called petit salé, but smoked pork is also good with them. 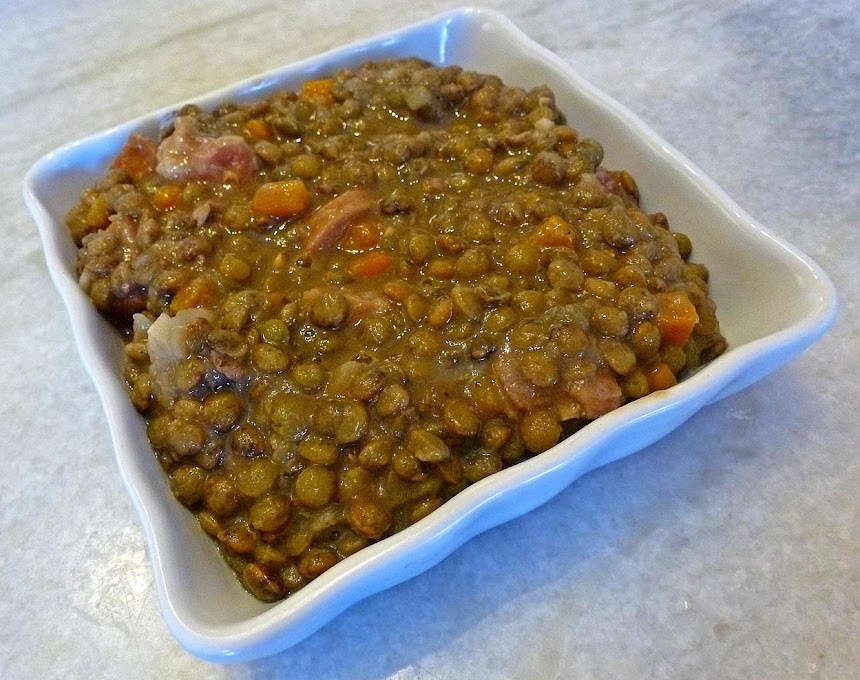 That made a nice lunch, with a green salad and some good bread and wine. I can't remember eating very many lentils in the U.S. Maybe they are more popular here in France. And in India and other parts of Asia, they are made into what is called dal and eaten with flatbreads or rice.
Posted by Ken Broadhurst at 07:00