The temperature is well above freezing this morning, for the first time in several days. It's at least 10ºF "warmer" than it has been on recent mornings. It's still winter though, according to meteorologists. And it's been very foggy. I went for a drive in the Peugeot yesterday morning, over to Luçay-le-Mâle and Valençay, where visibility was severely limited. 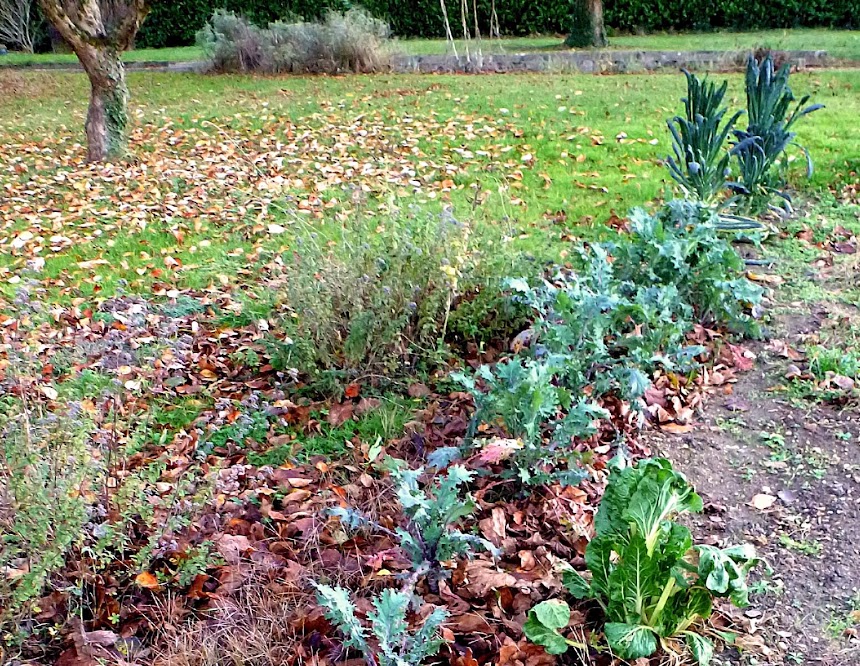 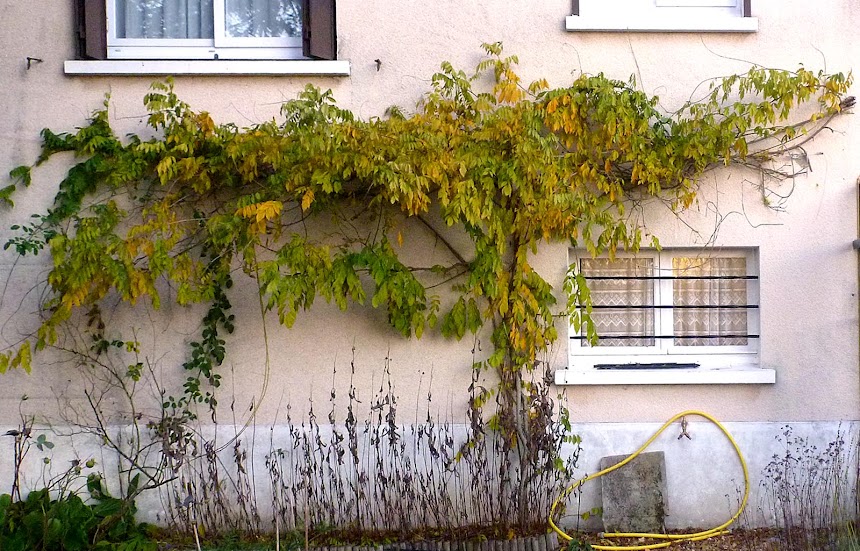 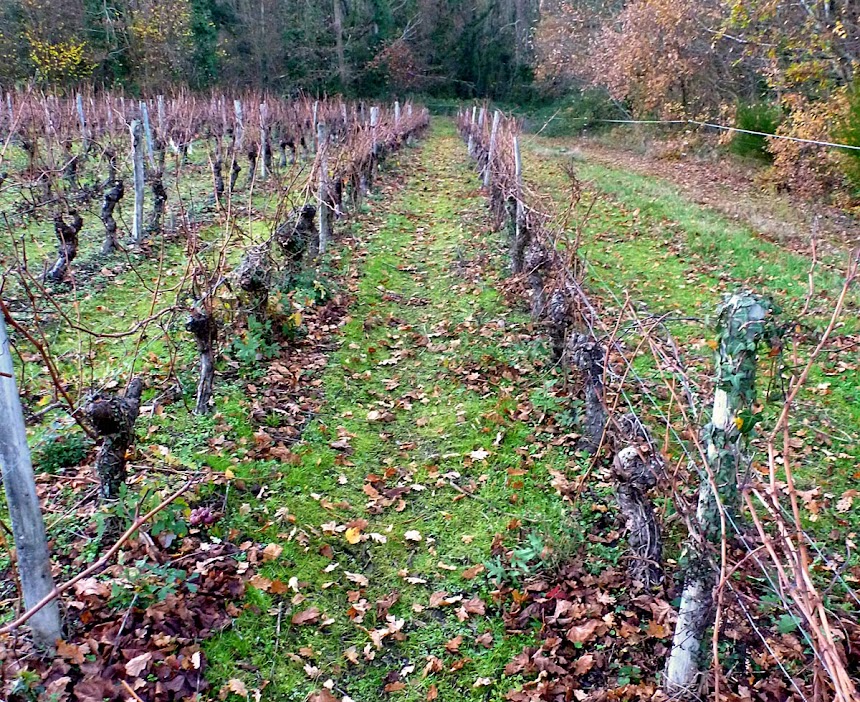 
So far in late November and now December, we've had quite a bit of frost but no snow. On many mornings, the kale and chard plants out in the garden have drooped drastically, affected by the cold. But they bounce back. I think the wisteria leaves will fall pretty soon. And the grapevines are now bare, with pruning well under way.