Sweeping up leaves in December 2005

When we came to live here in 2003, one of the gardening tools we found out in the shed was this lawn- or leaf-sweeper. I think it's called a balai-ramasseur in French — balai meaning broom, and ramasser being the verb for gathering or picking up things up off the ground. The device is like a non-motorized carpet-sweeper, but for outdoor use. We still have it, but we haven't used it this year. Too lazy, I guess. Or, no, let's blame the weather. 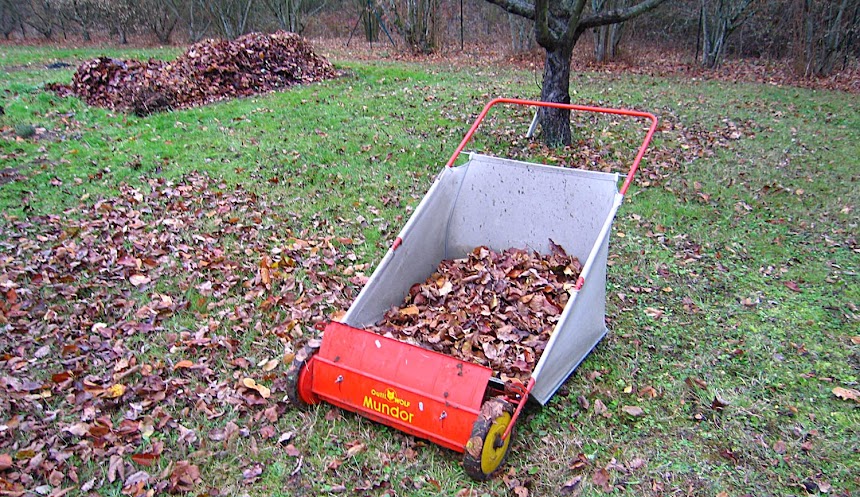 These photos date back to December 15, 2005, when we had been here for just 2½ years. Now it's been 13½. In fact, the first time we ever saw the place was  in mid-December 2002, and we moved here from California 6 months later. It was a good move, in both senses of the expression. 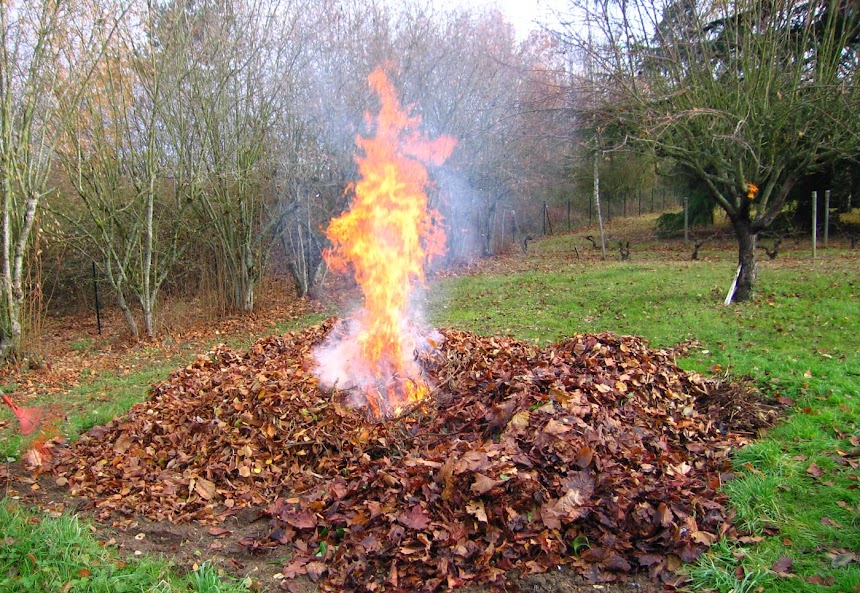 We had our first vegetable garden in 2004, so we already had the perfect spot where we could dump all the autumn leaves that we raked and swept up. Back then, we could burn them with impunity. People still burn leaves and other yard trimmings around Saint-Aignan, but they are officially discouraged from doing so, for air-quality reasons. The fires always started out hot, with high flames, but quickly turned into big plumes of smoke because the leaves were always damp. 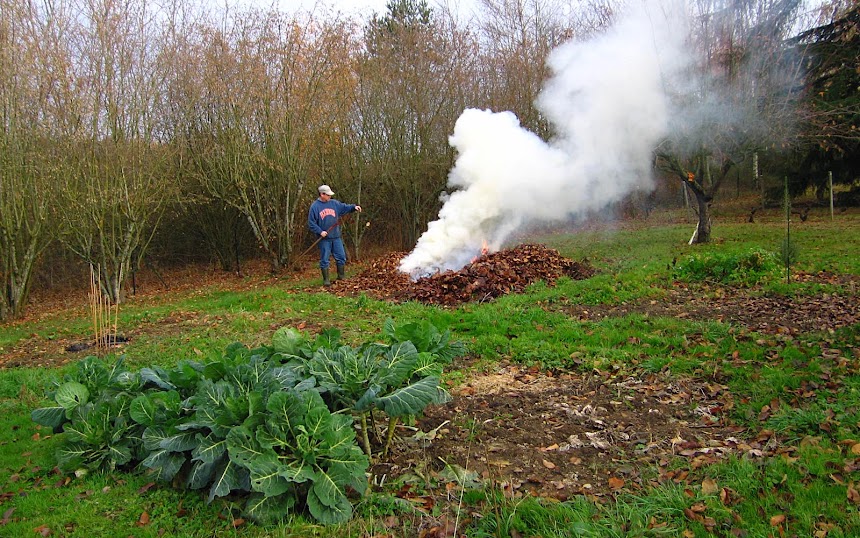 Before coming here, we had always lived in cities — Paris, Washington DC, San Francisco — and mostly in apartments. The last two places we lived in were houses, one in Silicon Valley and the other in SF. Both had small yards, but nothing like what we have here. Doing yard work was a novelty back in 2005. Not so much any more... But it's nice to have a vegetable garden and a winter "collard patch," as you can see above.