Do you find huge "stuffing mushrooms" where you shop? I bought some a few days ago and made champignons farcis. Here's a photo of one of the champignons à farcir next to a normal-size button mushroom. I bought eight of these gigantic specimens, grown in Holland, at Intermarché. 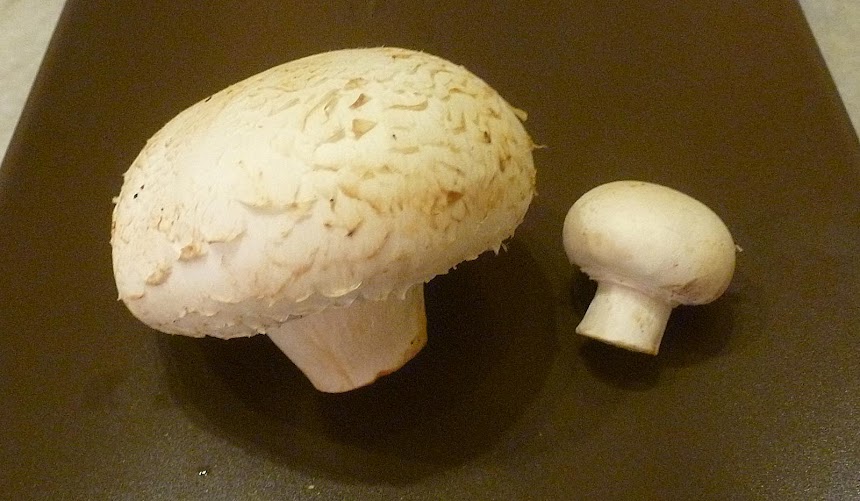 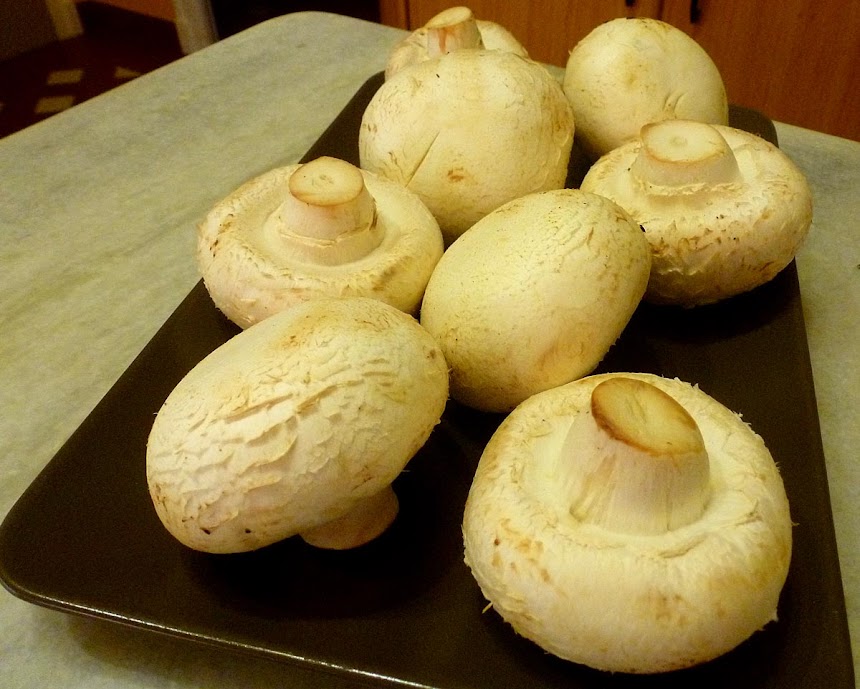 When you get such huge mushrooms, you can pull out the stems and chop them finely to start your stuffing. Sauté the chopped mushroom with some diced onion and garlic and then let them cool. Mix them with some herbs, bread crumbs, and grated cheese, and finish with cream and an egg. Optionally, add some chopped cooked ham, bacon, or chicken — whatever you've got or like. (I had little cubes of cooked ham and leftover chicken.) 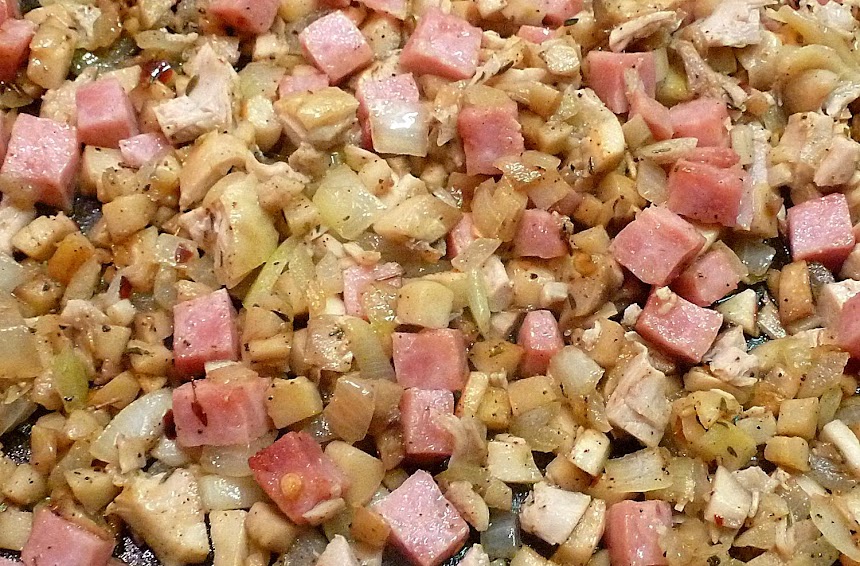 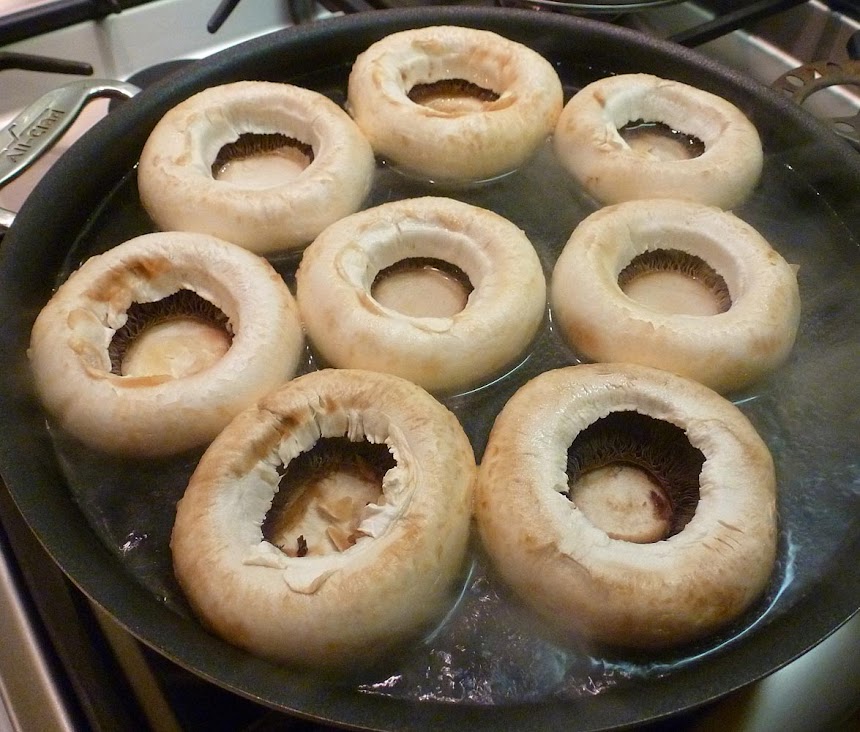 Then blanch the mushroom caps for five minutes in boiling water, turning them over a couple of times. Pre-cooking them means they'll be tender when they come out of the oven and not hard or tough — because after you fill the mushrooms with the stuffing you've made, you bake them in the oven for 25 to 30 minutes, to cook the egg and melt the cheese. I used some goat cheese, and it was good. 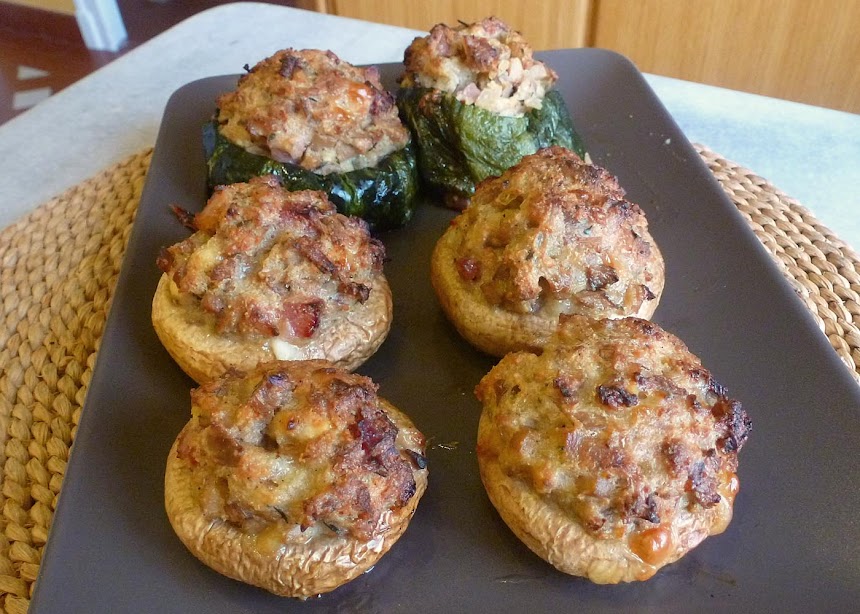 I had a little more stuffing than I needed for eight mushrooms, so I also filled two big zucchini rings that I had in the freezer. They had been blanched and frozen last fall. Above are a photo I took before baking the blanched and filled mushroom caps and one after they had cooked in the oven.

Tomorrow is Walt's birthday. We have to go shopping for some birthday dinner foods today, and Callie has an appointment with the vet for a booster shot of some kind. The dog doesn't get rabies shots because there is no rabies here, but she does get vaccinated against diseases carried by ticks and other pests.
Posted by Ken Broadhurst at 07:10