Classics of the French café menu

Yesterday for lunch, we made one of the classics of the French café menu. It's a sandwich called « un croque-monsieur », which is a mysterious name. The verb croquer means to bite into and make a crunching sound, as in croquer une pomme (an apple, not a potato). So in this case, the monsieur, whoever he is, makes crunching sounds while eating a ham and cheese sandwich that has been toasted in a hot oven.

If you've ever had lunch or a snack in a French café, you've probably eaten a croque-monsieur, or its sister sandwich, the croque-madame. The latter is the same sandwich but with a sunny-side-up egg (un œuf sur le plat) perched on top of it. They're both good with some pommes frites (French fries) or a salade — or both. 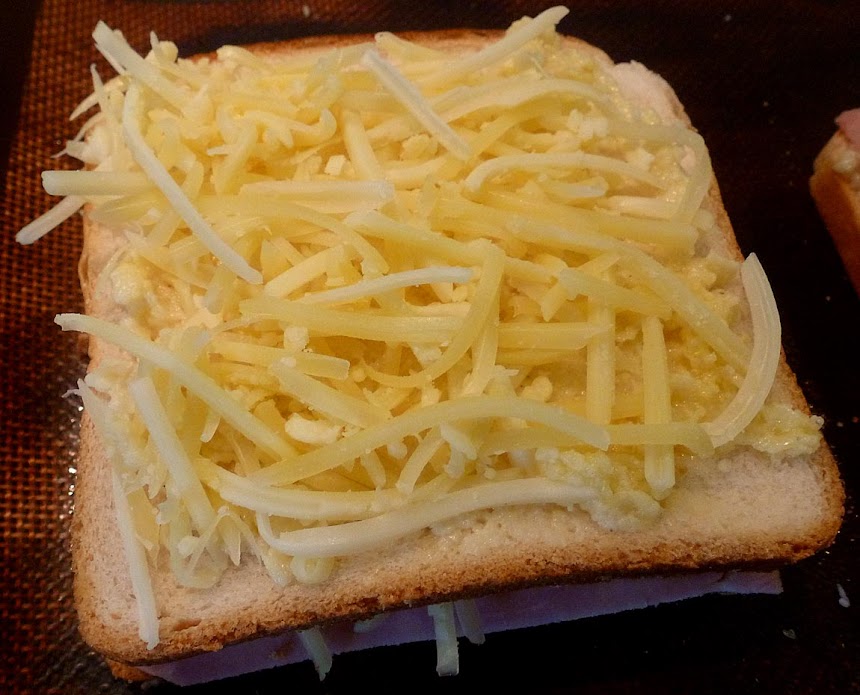 To make the sandwich, you need grated cheese, a slice of ham, two slices of bread, some butter, and a little bit of béchamel sauce. That's a white sauce made with butter, flour, and milk. What you do is butter a slice of bread and then lay it butter-side down on a pan that you can put in the oven. Spread some béchamel on the upward-facing side the way you might put mayonnaise on a cold sandwich. Sprinkle on some grated cheese (Comté, Cheddar, Swiss) and lay a slice of sandwich ham (jambon de Paris) on top of that. Sprinkle on a little more grated cheese over the ham. 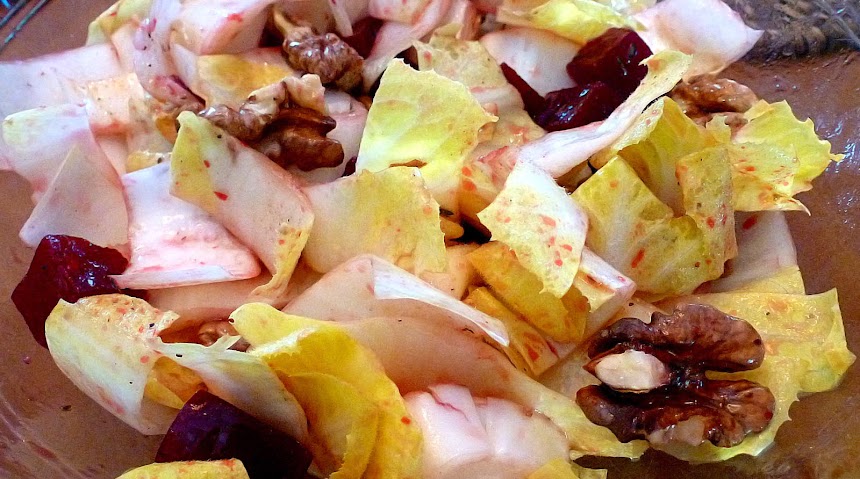 I mentioned salad, and we also had a classic French café salad with our toasted ham and cheese sandwiches yesterday. It's made with sliced Belgian endive (endive, chicon), cooked and dressed red beets (betteraves), and, optionally, some toasted walnuts. Salade d'endives aux betteraves is a standard, and walnuts give it... well, croque-salade, you might say. 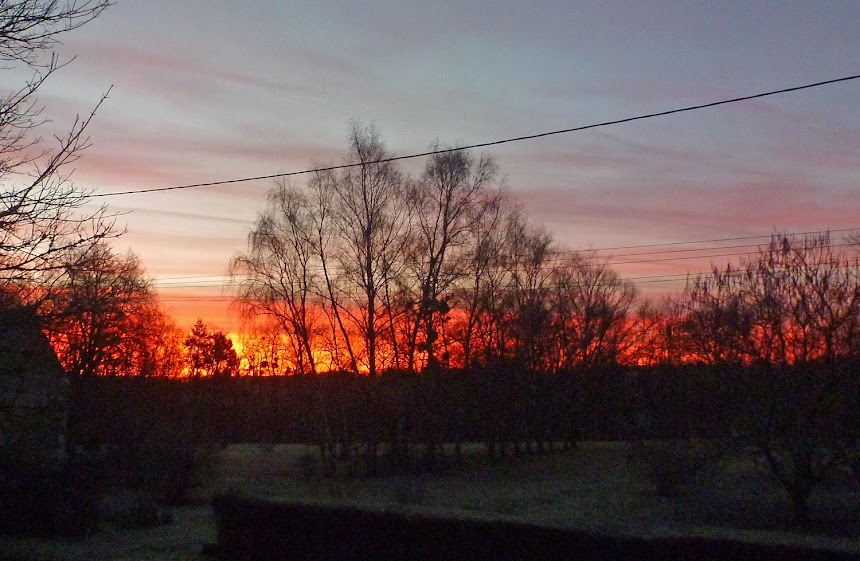 By the way, this was yesterday's sunrise, seen from the kitchen window when I cranked up the roll-down shutter between 8:30 and 9:00 a.m.
Posted by Ken Broadhurst at 07:30