I've mentioned that last weekend I made what is called un tajine, using lamb and pumpkin. It occurred to me that you might not know what a tajine is. Here's one. It's pronounced [tah-ZHEEN], with the same -zh- sound as in our words measure, treasure, and pleasure. 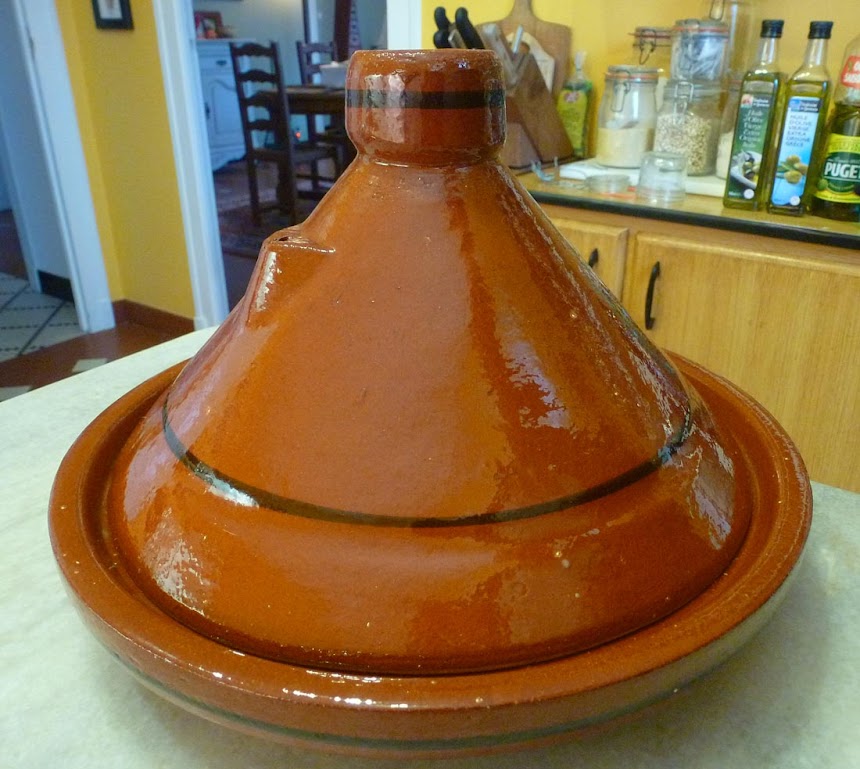 The tajine is the name given to both the cooking dish (l'ustensile) and the food (the "dish" or le plat) that's cooked in it. Tajines are a specialty of  northwestern Africa (Morocco and Algeria). It seems they were an important part of the cooking of the original Berber people who inhabited the area before the arrival of the Arabs more than a thousand years ago. 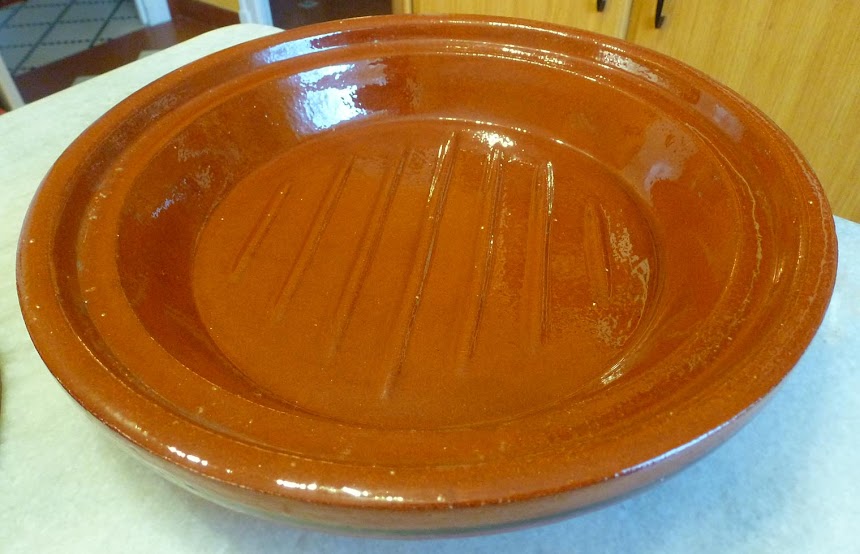 You don't absolutely need a special cooking vessel to make a tajine, which is a highly spiced sauté or stew of meat and vegetables or meat and fruit. Highly spiced doesn't mean the tajine preparation is hot like some Mexican or East Asian dishes can be. The tajine spices include non-fiery cinnamon, nutmeg, cumin, coriander, fenugrec, curry, caraway, and turmeric, plus a small quantity of hot red pepper like cayenne. The tajine "utensil" is a nice way to serve it, however. 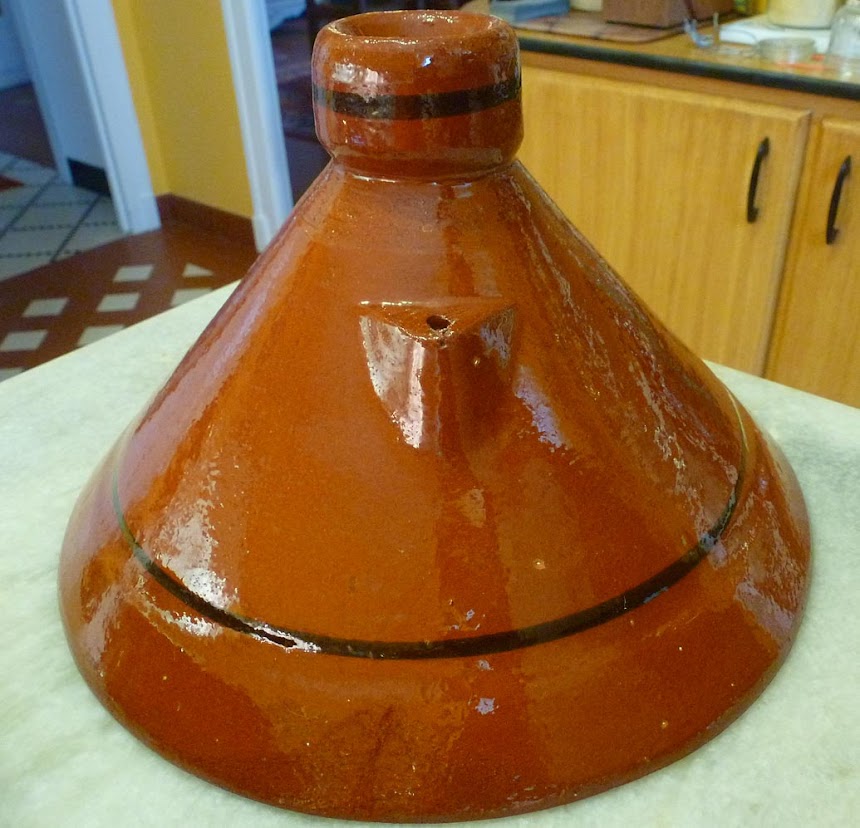 I don't always use the tajine dish when I cook a tajine. I did use it for the lamb and pumpkin tajine the other day, because the recipe I found called for braising the lamb for an hour or more in a slow oven. A few years ago, I bought a tajine and was told that I could cook in it on a burner on top of the stove. I did so, but the pan cracked after after a time or two. As you see, the conical lid has a small vent hole or "chimney" in it so that some steam can escape, though most of it condenses on the sides and drips back down into the base, keeping the meat and vegetables moist. It works great in the oven. 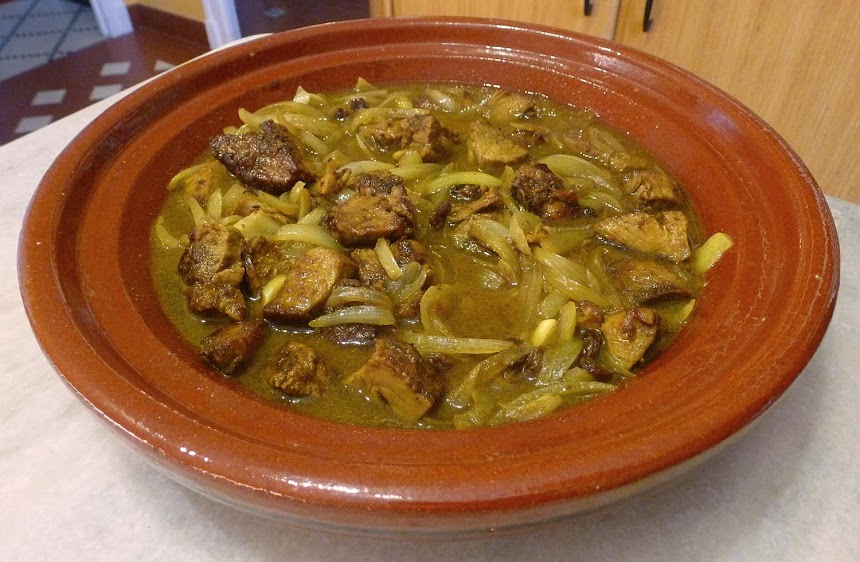 For the lamb with pumpkin, I first browned chunks of lamb and a lot of sliced onions with spices in a metal pan on the stovetop, and then I transferred all that to the tajine, added some liquid, put on the lid, and put the whole thing in the oven at a fairly low temperature. The meat ended up very tender, and it was flavorful with all the spices and onions in the cooking liquid. The pumpkin went in later...
Posted by Ken Broadhurst at 07:25