The best lunch we had yesterday

We've had a rainy, gray week. It hasn't been cold, but it's nearly impossible to get much done outside. So I focus on food and cooking. On Wednesday, we had to drive up to Blois to ask some questions about the tile we had chosen for our new shower. Luckily, within a few hundred meters of the tile supplier's store is the Grand Frais super-produce-market. Some grocery shopping made the trip more fun. 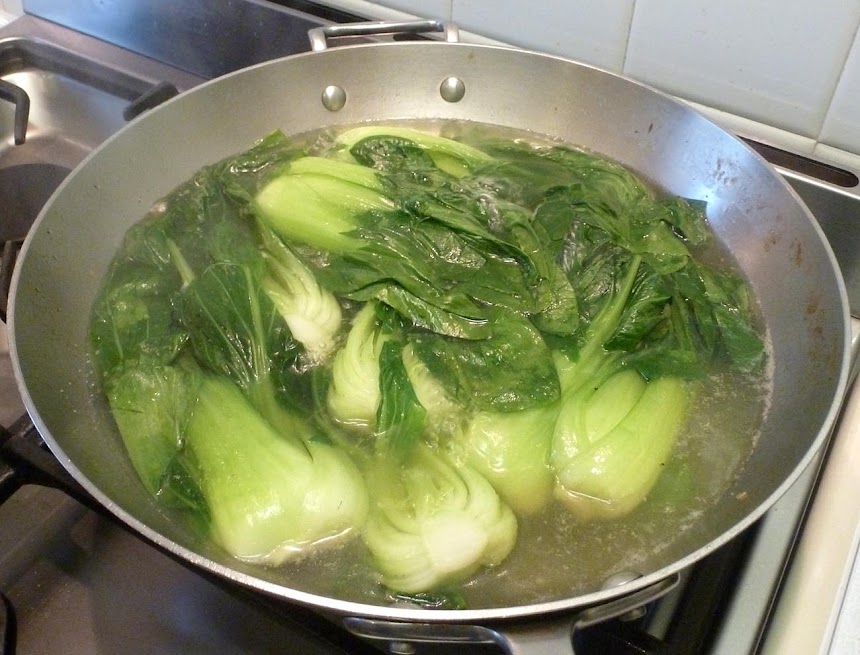 I bought something I never find in our Saint-Aignan supermarkets — some bok choy, a.k.a. Shanghai choy. It's a vegetable I like for its crunchy texture and mild clean taste. It's also very easy to cook. You just blanch it in boiling water for 3 to 5 minutes and it's ready. Serve with soy sauce and sesame oil. 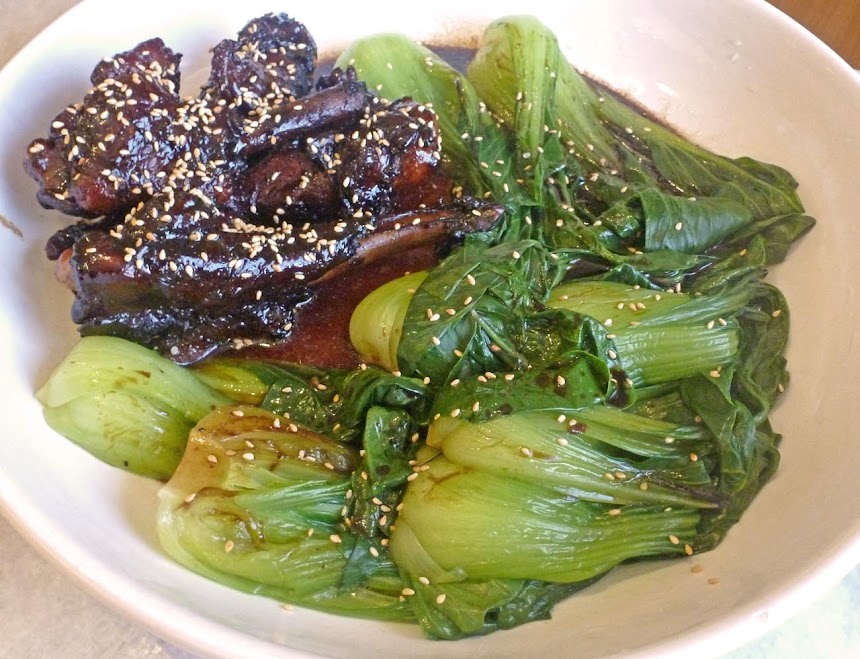 In the freezer we had some duck wings from the package I had bought last weekend. Since the bok choy gave me an Asian theme, I cooked the wings — just four pieces, but enough for the two of us — and glazed them with teriyaki sauce. They cooked for three hours, because I wanted to make sure they were very tender, with the meat nearly falling off the bones. 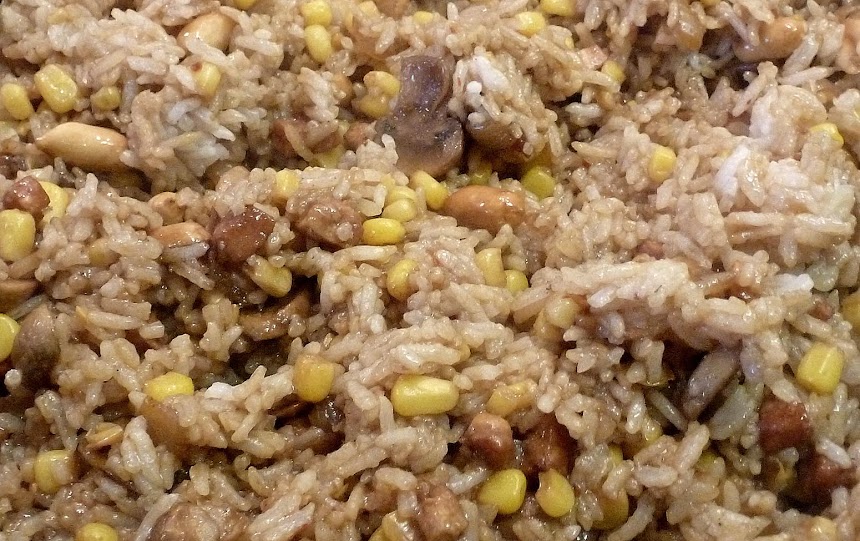 And to round it all out I made a pan of fried rice with smoked chicken lardons, mushrooms, onion, peanuts, and corn. Do you know the secret that makes fried rice really good? It's to cook the rice as you normally would, but then spread it out in a wide dish or pan and let it cool and dry out completely before you fry it with the flavor ingredients and sauces. I learned that from Elise at Simply Recipes.
Posted by Ken Broadhurst at 07:15