It's now been more than three weeks since we started our bathroom remodeling project. It's not a complete makeover, but we are getting a new radiator and a new tiled shower stall. For three weeks, our guest bedroom has looked like this — full of bathroom stuff. We are eager to get it cleaned up again. 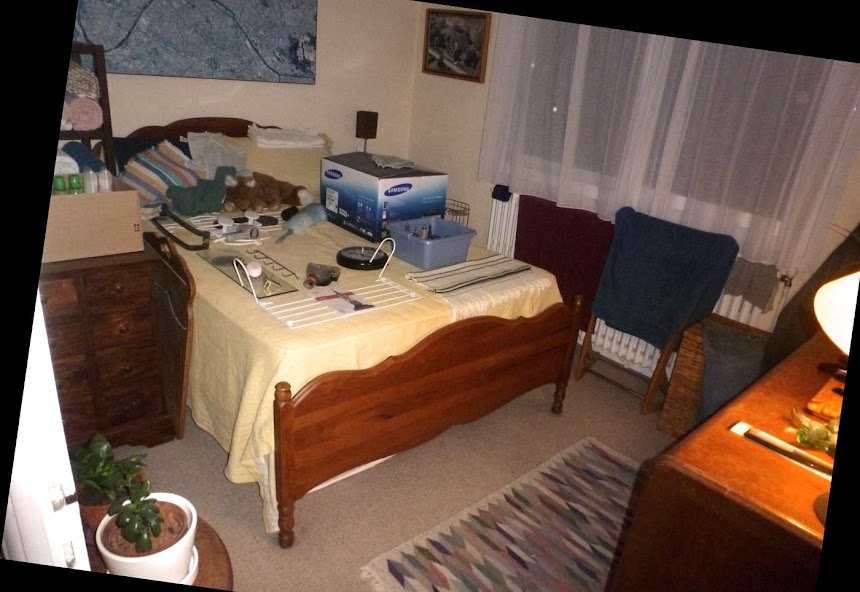 The project has been plagued by a series of surprises and errors. First we ended up ordering the wrong color tile because of a typo in an e-mail. We re-ordered and suffered a delay. Then we found out that the tile we originally wanted was not really the color we had in mind. Meanwhile the new towel-drier radiator doesn't seem to working right and may have to be replaced. 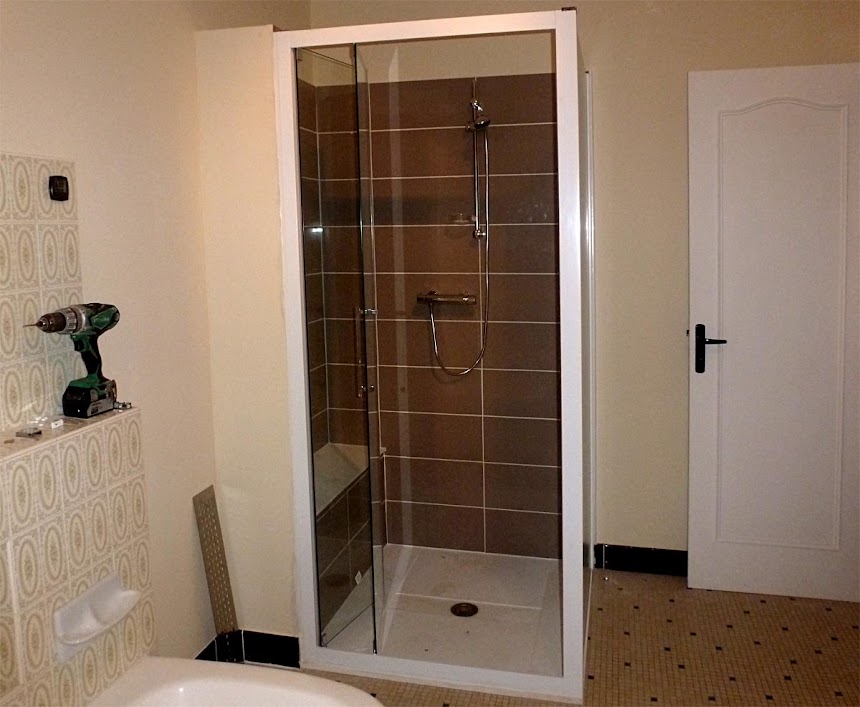 Yesterday, the glass shower enclosure panels arrived, and we discovered they weren't the ones we had ordered. The supplier said if we wanted to send them back and re-order, we'd have to wait until the end of January to get the other ones. No way. But it's okay, don't you think? Above is just a preliminary photo. The bathroom clean-up work will begin in a couple of hours, and we'll be able to move things back in.
Posted by Ken Broadhurst at 07:00