Fast and furious in the Peugeot

I went out for a long but fast drive in the old Peugeot yesterday morning. It's time for the car, a 206 which will be 16 years old in December, to be taken in for its biannual contrôle technique, or vehicle inspection test. It now has about 120,000 miles on it, but it has a diesel engine that should last for many more years and kilometers. In December 2012 the car failed the required emissions test, so I had to take it in for a second inspection after pouring an additive to the fuel tank and driving it around hard and fast for a week or so, following my trusted mechanic's advice. On the second try it passed the test. 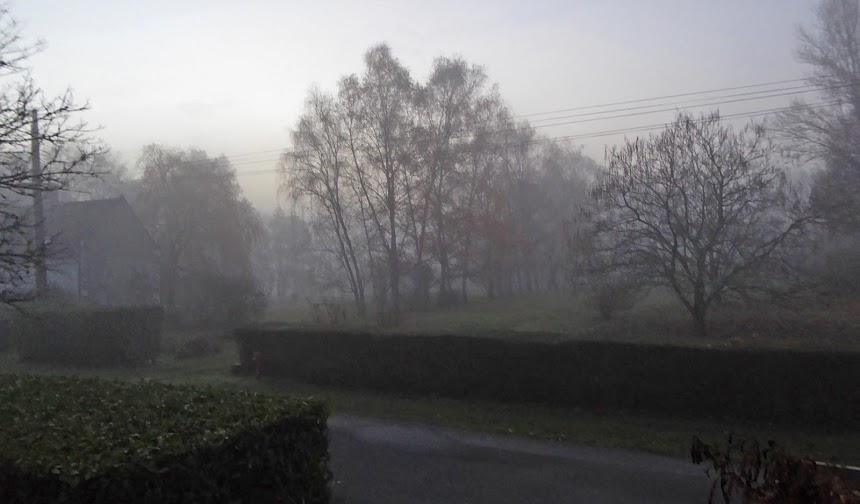 The view from our kitchen window yesterday morning


Yesterday morning, conditions weren't ideal for a drive in the country, but I felt like I had to go out anyway. The car has a five-speed manual transmission, so driving it hard means running it fast in low gears so that the engine revs at 3,000 to 4,000 RPMs for a while. We normally just tootle around town with the Peugeot these days, and that does cause carbon to build up in the engine, I guess. It needs to be driven like a teenager might drive it — fast and furious. 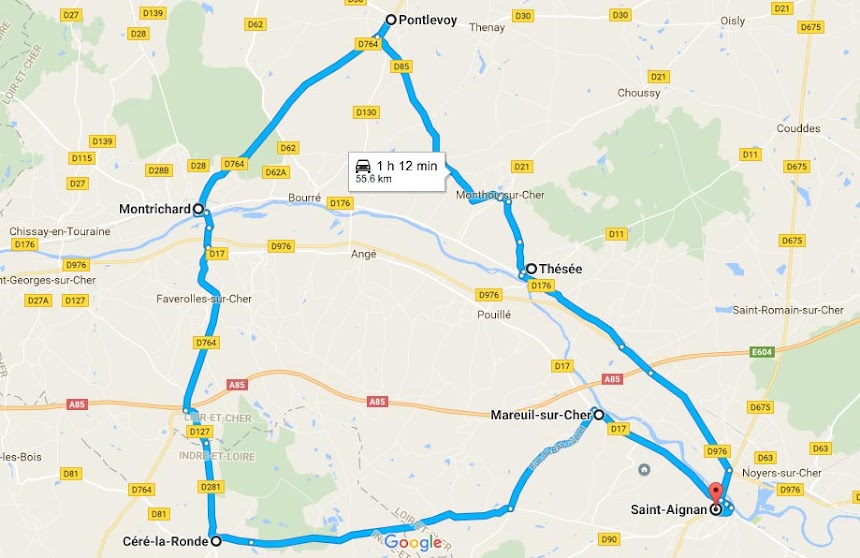 My 40-mile loop around eastern Touraine


So out I went at about 9:00 a.m. I turned on the fog lights and tried to drive on roads where there wouldn't be many other cars. That took me into central Mareuil, through woods and fields on narrow lanes over to the pretty village of Céré-la-Ronde, and up a wider, hilly road to Montrichard (where I did some shopping). Then I continued on to Pontlevoy, down to Thésée, and finally to the market in Saint-Aignan. That's about 35 miles of zooming and careening. At times, the visibility was severely limited by patches of thick fog. I wanted to take more photos but it was just too foggy. 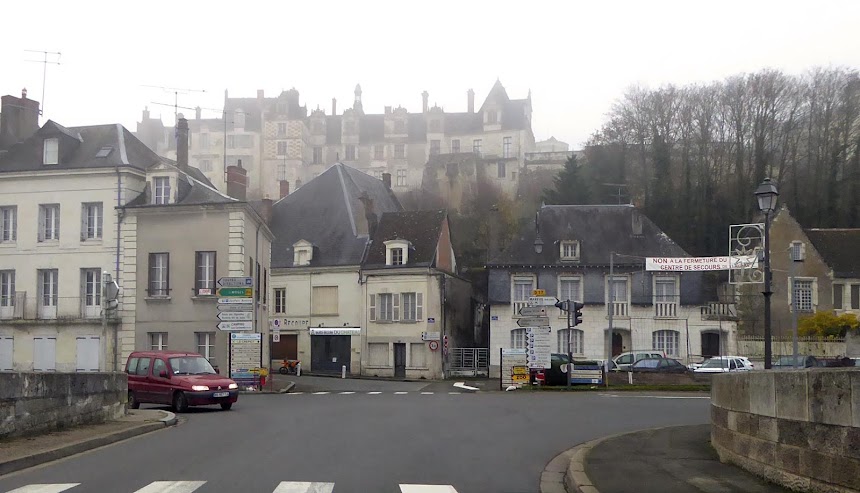 Arriving at Saint-Aignan on a gray morning, with the château looming


I carefully obeyed the speed limits so that I wouldn't get a ticket. Two years ago in December, the car passed inspection, including the pollution part, with flying colors. I think that was because I put the engine-cleaning additive in the fuel tank and then Walt and I drove it over to Burgundy (Chablis, Noyers, Montbard) for a three-day excursion. That seemed to work. I'm hoping a few more spins around the local countryside will do the trick this year. The inspection is scheduled for December 7, and the contrôle technique is a very rigorous set of tests here in France. The old Peugeot 206 is running great right now, I'm glad to say.
Posted by Ken Broadhurst at 07:30