Out on my afternoon walks over the past week or two, I've noticed at least two quince trees that still have fruit on them, or lying on the ground under them. Nobody is around to pick or gather the quinces — except me, it seems. 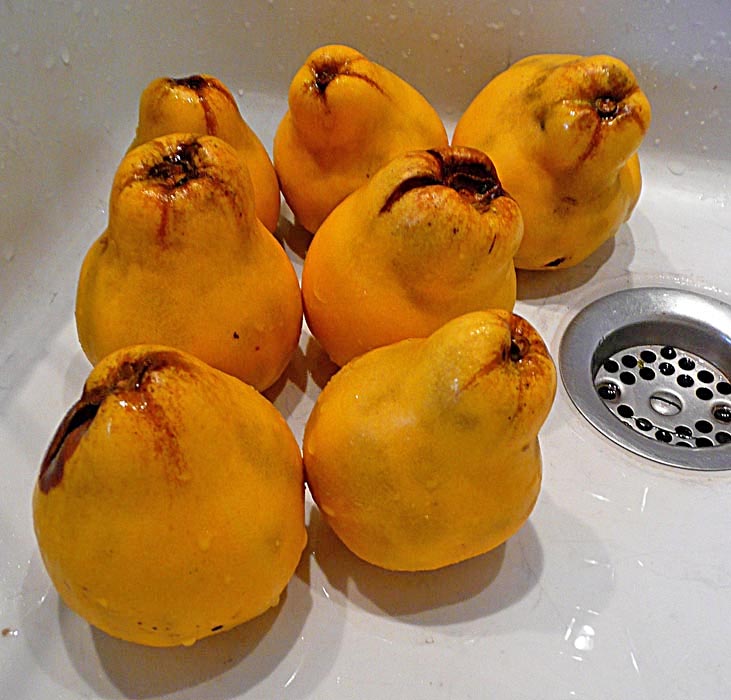 A quince is a large, hard, grainy fruit that resembles an overgrown pear but is bright yellow when ripe. In French it's called « un coing » (the G is silent) and the tree is « le cognassier » [koh-nyah-'ssyay]. In our climate, which not hot enough tp allow quinces to get really, really ripe, the fruit needs to be cooked to be edible. It makes good jelly, which turns red as it cooks. Quinces are much more acidic than pears, and more acidic than most apples. They are also rich in pectin. 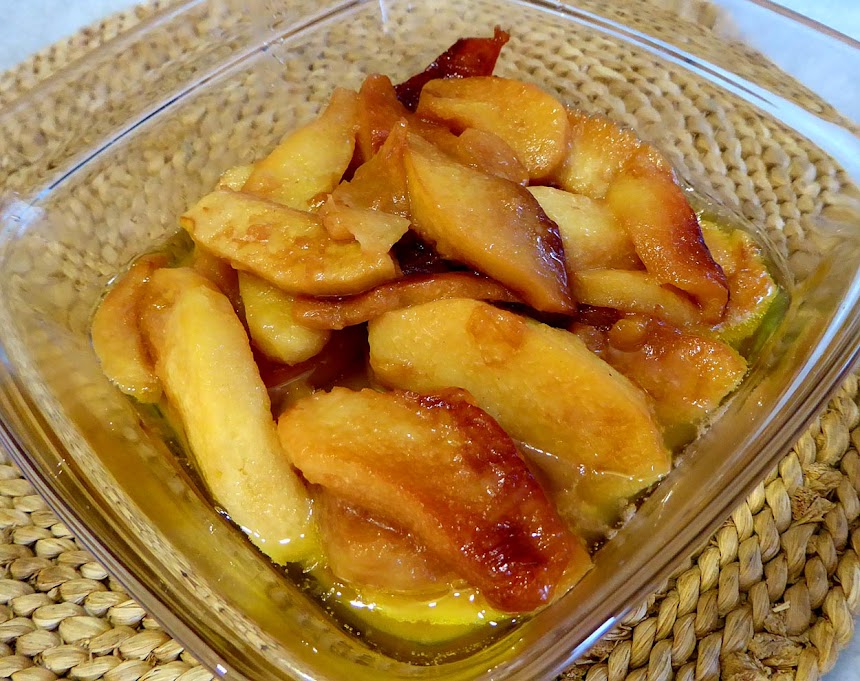 Cooked quince, like cooked apple or apple sauce, makes a good accompaniment for roasted or grilled pork, lamb, chicken, or duck. In North Africa, people make spicy sweet-and-sour tajines using quince and lamb, for example. Since the quinces I found recently were not numerous (above, you see two out of the four I got this time), I decided that the best way to cook them would be as a side dish to have with meat. 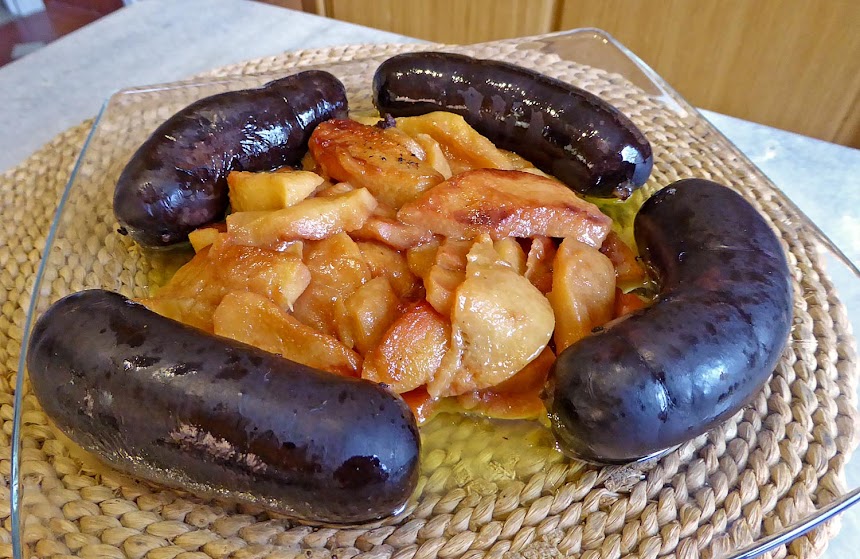 What you do is peel and core the fruits and cut them into slices. Melt some butter in a frying pan and, when it's hot, put the quince slices in. Add about a tablespoon of honey or sugar and let the quince slices cook until they start to brown. Carefully turn them over and brown them on all sides as best you can. If you want to make the same thing with apples, add some lemon juice to perk it up. 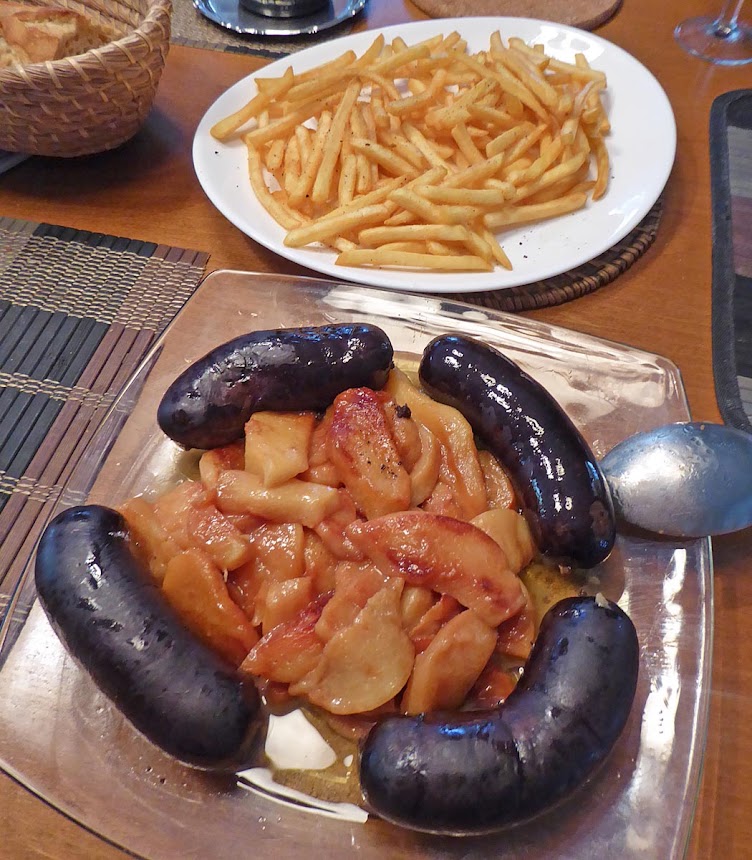 The pork product that we decided to have with the quince — a kind of chutney that would be good with spicy sausages — was boudin noir. That's called "black pudding" in England, or blood sausage in other places. In the British Isles, black pudding is served as part of a full breakfast. In France, boudin noir is a lunch, dinner, or barbecue treat. Walt and I both like it. The flavor is not strong or gamy, and the texture is nice. The sausage is made with pork blood, fat, and rind, seasoned with onion and spices. It's sold already cooked, so you just have to heat it up and serve it.
Posted by Ken Broadhurst at 07:10