These are the fall colors in the Loire Valley. Or at least around Saint-Aignan, which is actually in the Cher river valley, at the extreme eastern end of what used to be called La Touraine. The first photo is the view early in the morning on Hallowe'en day from one of the back windows of our house. It shows a part of the Renaudière vineyard. 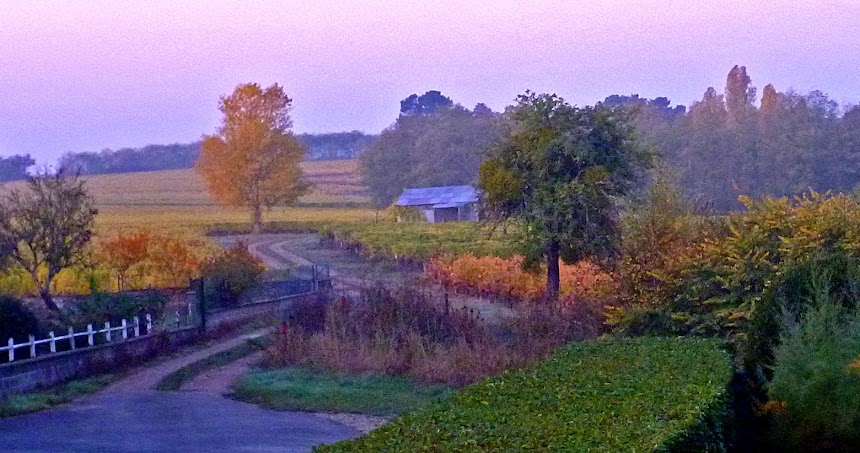 Here's the front of the house later in the day, when the sun was setting. Walt had already rolled down the shutter on the kitchen window. The two big red maple trees just off the terrace have been magnificent for the past week or two, with their leaves gradually changing from deep a deep burgundy color to a bright orange. 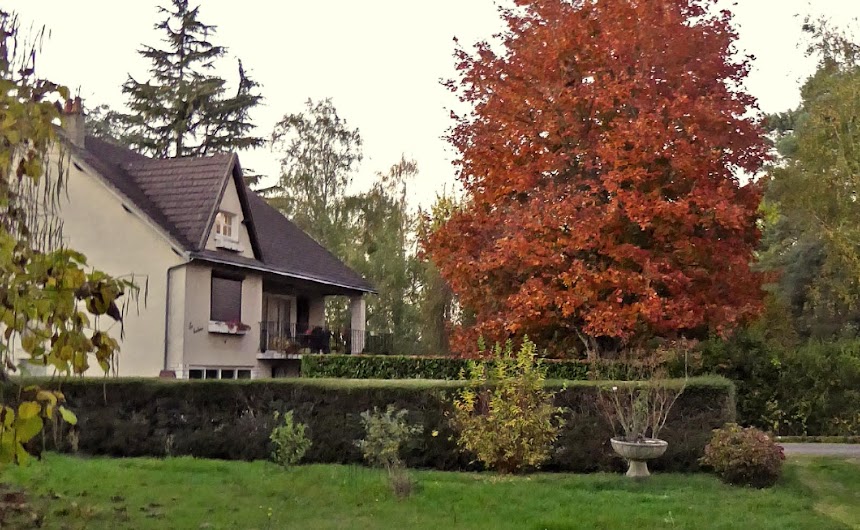 The good news here at La Renaudière is that the new greenhouse is finished. It's a lean-to structure over the back door, and all the glass is now in place (but not in the photo above, which I took on Monday, also at sundown). 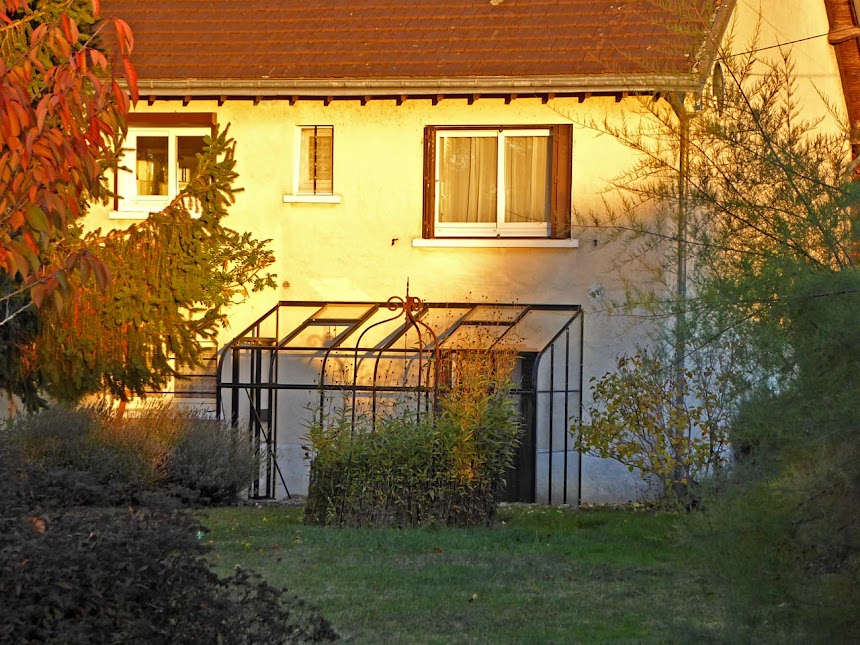 The father-son team that did the work of assembling and glazing the greenhouse spent three full days getting the job done. Now we need to go buy some gravel to spread on the dirt floor of the greenhouse, and then we can start moving in some potted plants. We've put a thermometer inside so we can get an idea of the low and high temperatures they will have to withstand this winter.
Posted by Ken Broadhurst at 07:00