I think and hope that summer is really starting now. I'll try to be positive and optimistic. The sun came back yesterday afternoon, and this morning is the prettiest one we've had in quite a while. There's a very wispy fog over the vineyard, and the weather forecast says we'll hit 30ºC (86ºF) this afternoon. 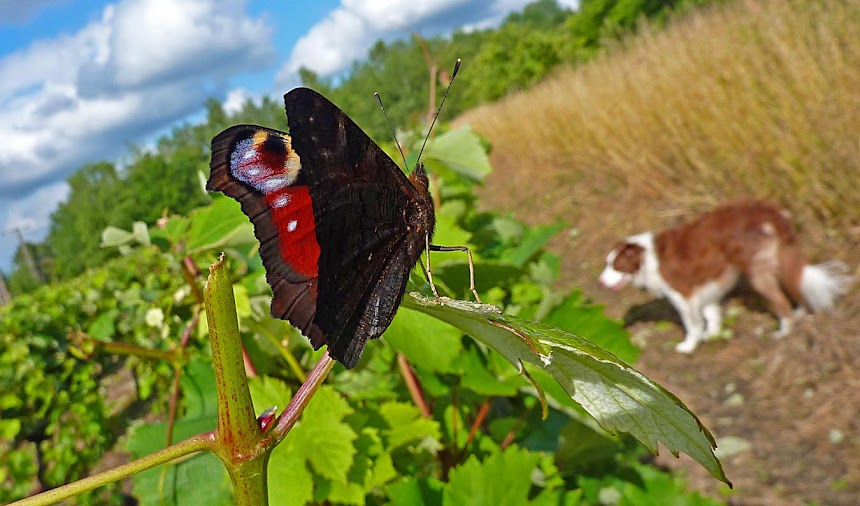 Callie out walking yesterday afternoon
Summer starts now, too, because we have friends from California arriving tomorrow for a four-day stay. We have a restaurant picked out for Friday night — Le Manoir de Contres, which has recently been taken over by a new chef — and we'll be shopping the markets in Montrichard and/or Saint-Aignan and/or Noyers-sur-Cher over the weekend. 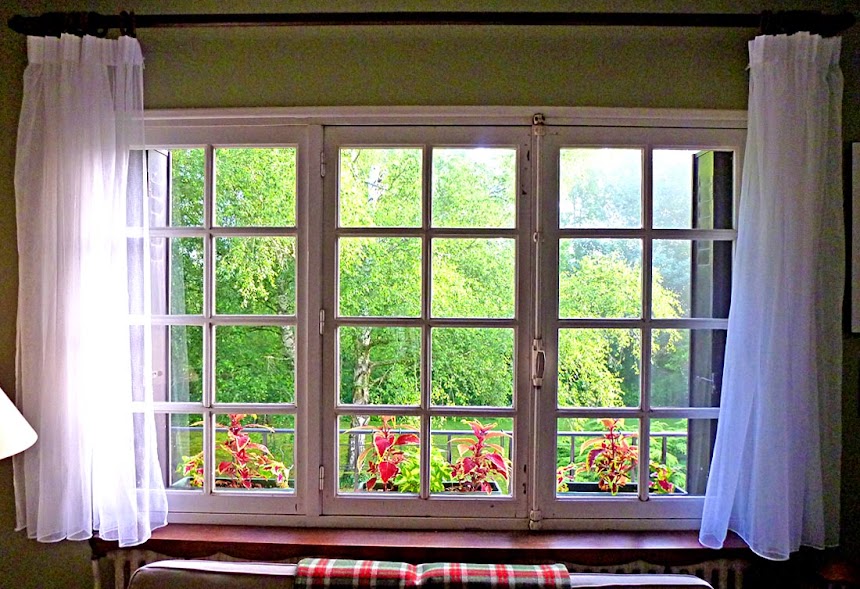 The window we are replacing
The other thing about summer starting is that we have begun our home improvement projects for they year. They include a new window in the living room to replace the old one that's just too drafty in winter. It faces north. 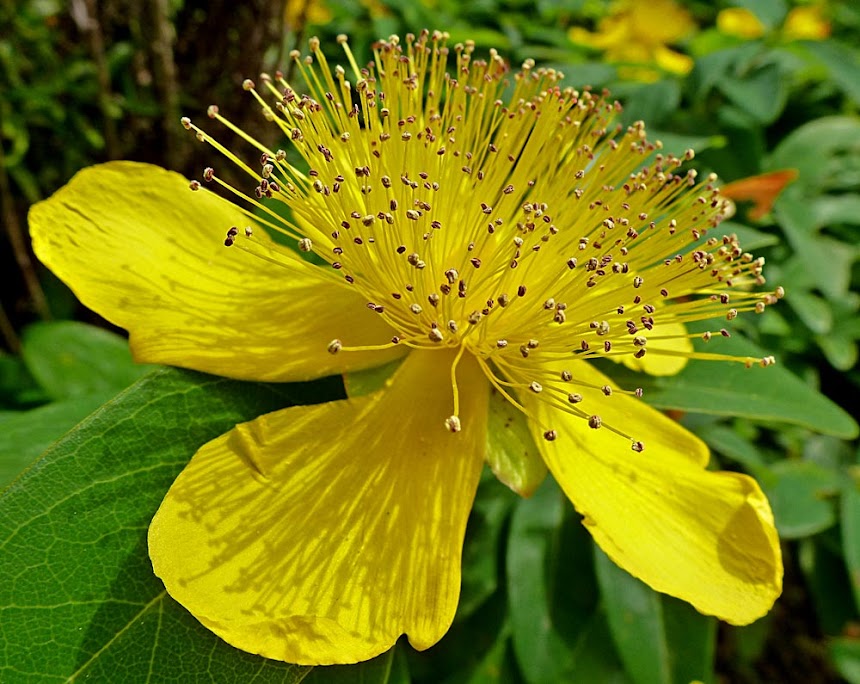 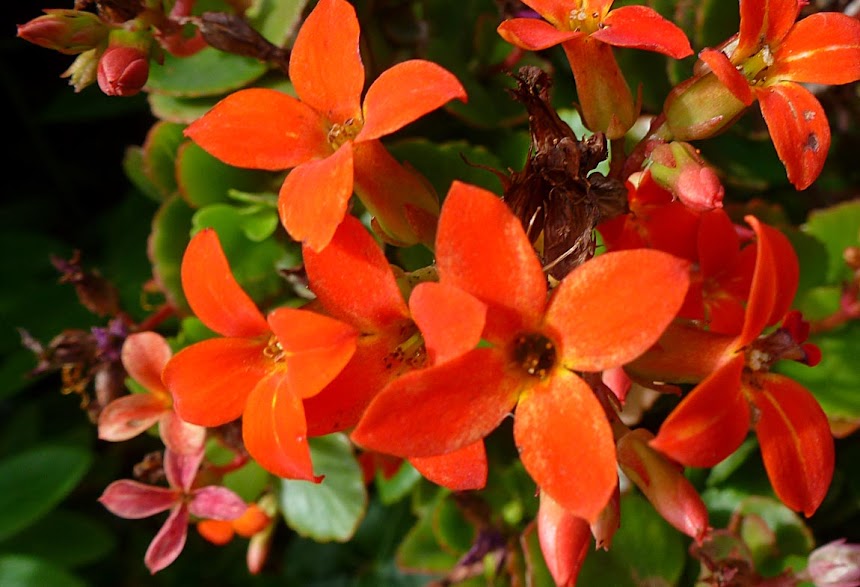 Bright colors despite damp weather
We'll also get new shutters put on both bedroom windows downstairs, so that we can close ourselves in when there's the annual (or more frequent) coup de vent. One thing about living up here on the high ground above the river valley is that we are buffeted by the wind when it blows hard. 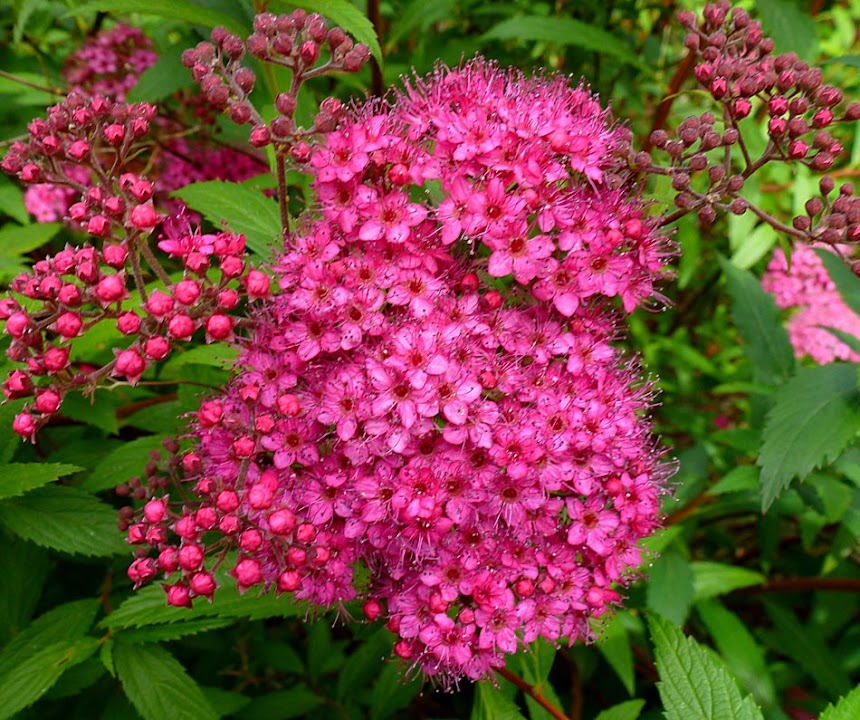 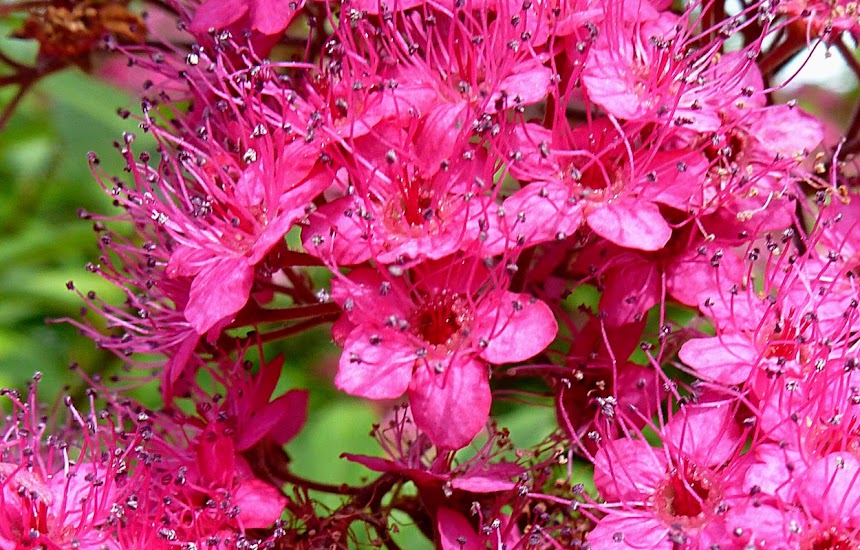 Flowers in the back yard
So here we go. That last couple of months have been wild with activity and then claustrophobic — cabin fever — because of the rains. France is coming out of it — the grandes vacances start this coming weekend, so tens of thousands will be on the roads, leaving Paris and other northern regions, heading south. 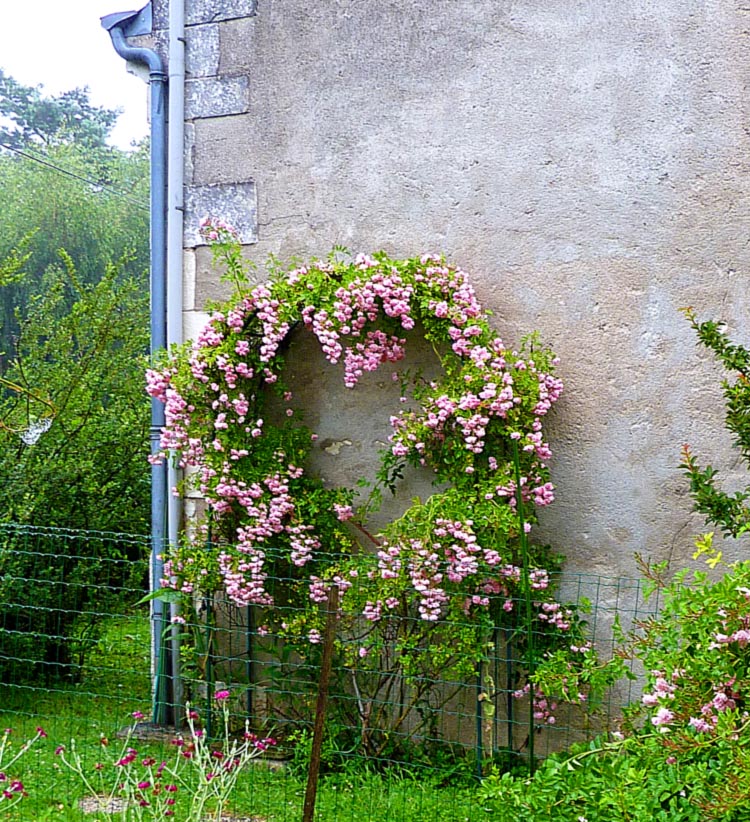 The neighbors' ring of roses
Politics, with a new Socialist president and a new Socialist majority in parliament — the result of elections in May and June — will go on hold for a couple of months, and then we'll see what the autumn brings in the way of changes.
Posted by Ken Broadhurst at 07:20