One of the most striking sights around the Loire Valley (and other parts of France) in springtime and early summer is large fields of red poppies. They're called coquelicots [kuh-klee-KOH] in French. 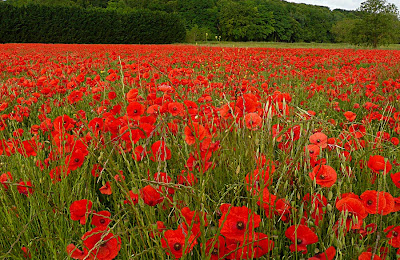 Poppies near Pouillé in the Cher Valley
This field is on the road between the wine villages of Mareuil-sur-Cher and Pouillé, just west of Saint-Aignan on the south banks of the Cher River. CHM and I drove by it a couple of times last week, and on Saturday we stopped and took a few pictures. 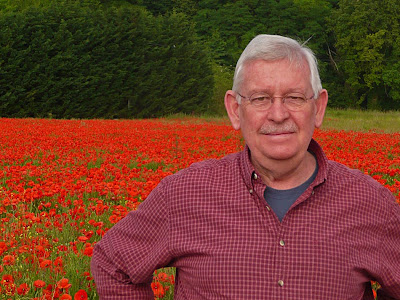 CKB by CHM on a background of red poppies
CHM obviously took the picture of me on the edge of the field of red flowers. I didn't have my camera, so he handed me his and told me to take a couple of pictures with it myself. I really don't know who took what picture here, but the field is so photogenic that it doesn't matter. 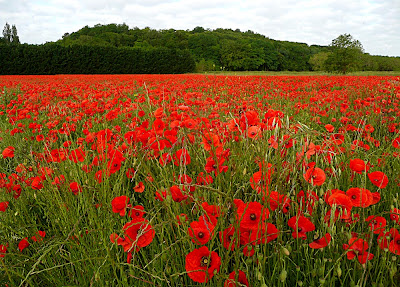 Here's a copy of the new banner photo.
You can enlarge this one by clicking on it.
Posted by Ken Broadhurst at 07:30