A resurrection, and a salad

We were fairly sure that our little fig tree had been killed by the February deep freeze. We watched its bare branches carefully all through our warm March and our damp April. In May we went away for a couple of weeks. 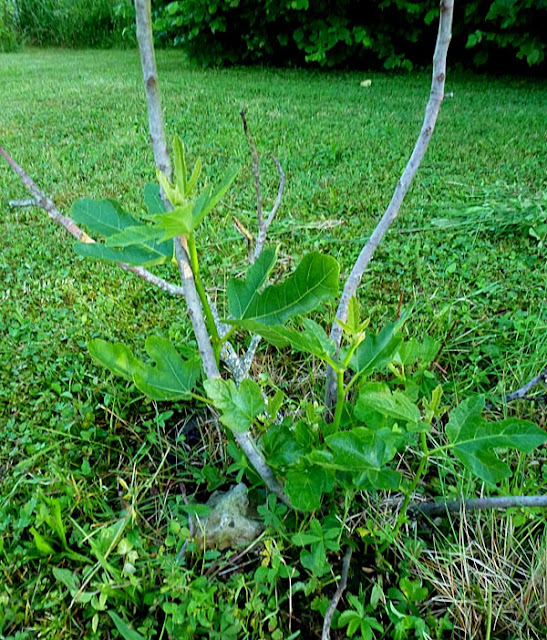 The fig tree that came back from the dead

I'm glad we were so busy that we hadn't taken the time to dig the bush up. Walt said he intended to do so one day recently, but he got occupied with other chores. So there it is. It must have a good root system — we planted it five or six years ago. I doubt we'll get any figs this year, but who knows... 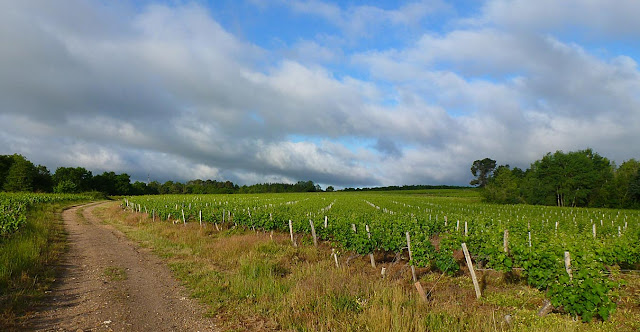 Yesterday's lunch was a Chicken Caesar Salad. If you're American and living in the U.S., you probably eat such salads fairly often. A Chicken Caesar is a standard lunchtime item — I ate a couple of them in restaurants while we were in the U.S. last month. I remember when I worked in the town of Belmont south of San Francisco a dozen years ago, I would often go pick up a Chicken Caesar Salad for lunch at a little sandwich grill in the shopping center just down the road from the office. I'd take it back and eat it at my desk. Half the time, several of my co-workers would ask me to bring them one back too. 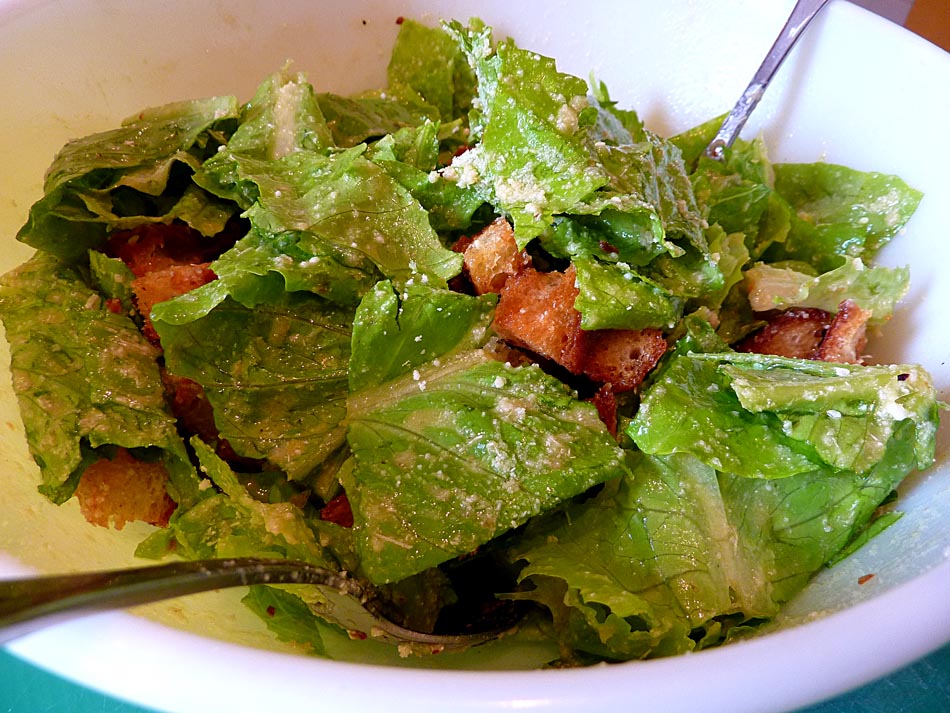 A Caesar Salad is romaine lettuce leaves dressed with garlicky vinaigrette to which a few drops of Worcestershire sauce and a big tablespoonful of grated Parmesan cheese have been added. The other ingredient in the dressing is a raw egg, which you stir in vigorously. One egg for two generous lunchtime salads is enough — it makes that amount of dressing thick and rich. If you don't want to put in a raw egg, you can add a tablespoon of mayonnaise instead. Lemon juice can replace or supplement the vinegar in the dressing. 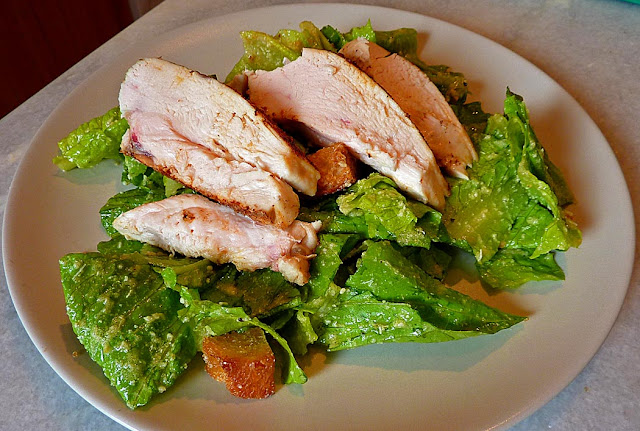 After you toss the lettuce leaves in the dressing, add some toasted croutons and another spoonful of Parmesan cheese. Toss again. Lay a few anchovy fillets over the top of the salad if you want. Then slice up a grilled or broiled chicken breast and serve it with or in the salad. There are a lot of recipes and ideas for Caesar Salad here. It doesn't hurt if you have fresh romaine lettuce growing in your vegetable garden.
Posted by Ken Broadhurst at 06:15