The weather cooperated and the food was fantastic. The company was even better. We gathered at Susan and Simon's place in Preuilly-sur-Claise. Most of us are bloggers based in France, almost all in or not far from the Touraine area. The guest of honor was Martine/Ladybird from Belgium, who loves Touraine and the Loire Valley. This was her first visit in two years. 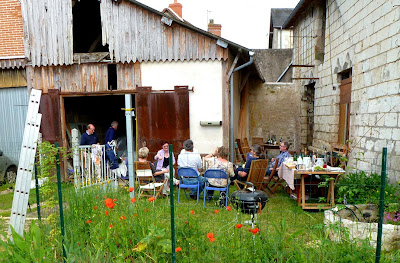 The gathering in Susan and Simon's back garden.

The pictures here will give you a little bit of the flavor of the afternoon. The party started at noontime and started breaking up around 7 p.m. Not a drop of rain fell, but a few drops of the local wine flowed, for sure. It was all very civilized and friendly, and although many of us had never met face to face before, we felt, I believe, like we already knew each other. 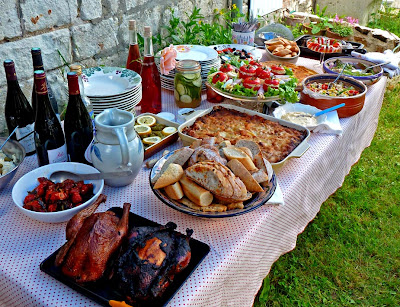 The table laden with foods we all contributed to the party 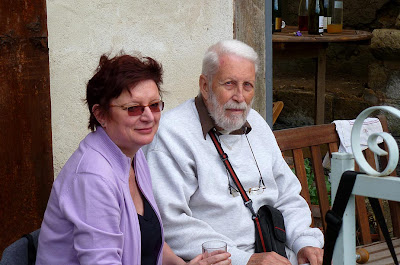 Martine and CHM, the two guests of honor 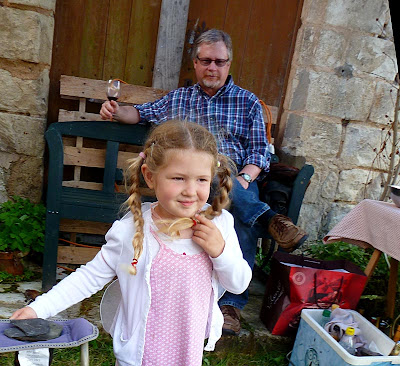 Caroline and Alexander from Antwerp brought along their daughter
Florence. Here she is with Walt. She is a doll. When I showed
her this picture on my camera, she took it over
to Walt so that he could see it too. 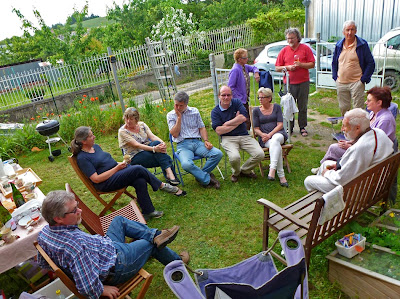 The circle late in the afternoon, after the crowd had thinned some
Susan and Simon were masterful hosts, setting the tone for a relaxed yet lively afternoon, and providing much good food and drink. What a nice way to begin the summer...
Posted by Ken Broadhurst at 07:00