Spring, and some politcal news

Spring has arrived a week ahead of schedule. It was so warm yesterday that we put the table and chairs back out on the terrace. Walt spent part of the afternoon sitting out in the sun in the back yard, throwing the ball for Callie to chase and retrieve. Temperatures this week are supposed to approach 20ºC/68ºF.

Skies are clear and there's almost no wind. The sun is bright. What more can you ask for? I noticed a couple of days ago that the neighbors' plum tree actually has blossoms on it. I checked my tree, which I planted a couple of years ago, and it has blossoms too. I'm looking forward to those little plums, which usually ripen in June. 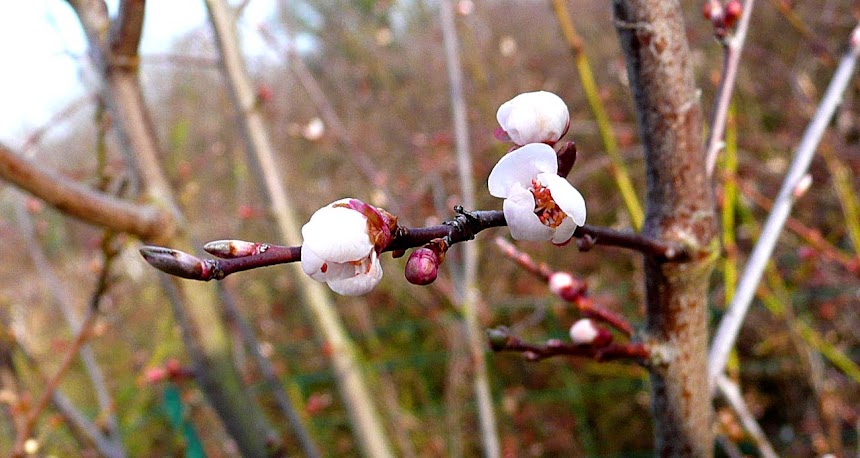 Blossoms on the little plum tree I planted a couple of years ago
Walt has continued cutting big limbs out of a couple of our apple trees. I think the trees will end up healthier for it, especially as it means there'll be less mistletoe in them sapping their energy. I'm waiting for some signs that the little fruit trees I have in pots might start budding out. Or maybe the extreme cold of a month ago killed them. I don't know yet. 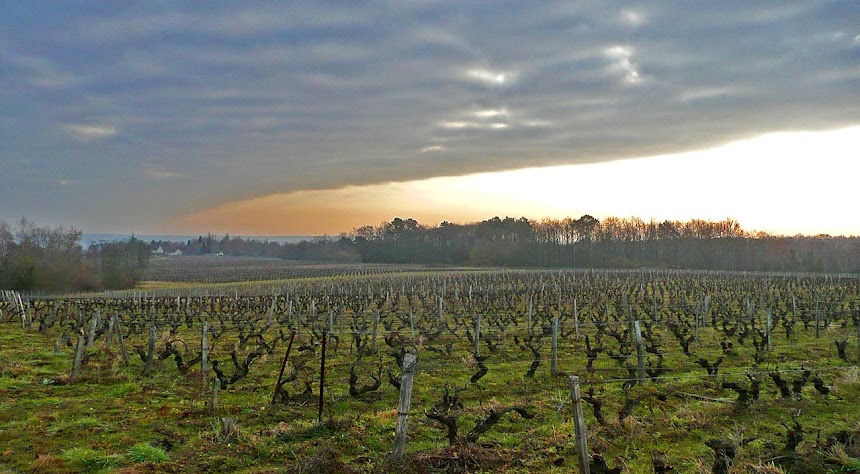 A few days ago a weather front moved through from
the west, but we didn't get any rain.
This is the week when the presidential candidates in France must file with the authorities and show that they have the endorsement of at least 500 local elected officials in order to qualify. Bulletin: the extreme right candidate, Marine Le Pen, announced this morning that she actually has the 500 "signatures" she needed to get her name on the ballot. Several other candidates have now qualified, including a centrist and three far left hopefuls. A red Peugeot parked by a red fire plug on our street
President Sarkozy is moving up in the polls. That was inevitable. He now stands a chance of getting more votes — 28.5% — in the first round of balloting on April 22. Socialist François Hollande comes in at 27%. In the hypothetical run-off between Hollande and Sarkozy on May 6, Hollande still holds a 54-46% lead. I wonder if French voters are ready for a change. The voters in other European countries — Greece, Spain, Italy — have been on a throw-the-bums-out kick recently. 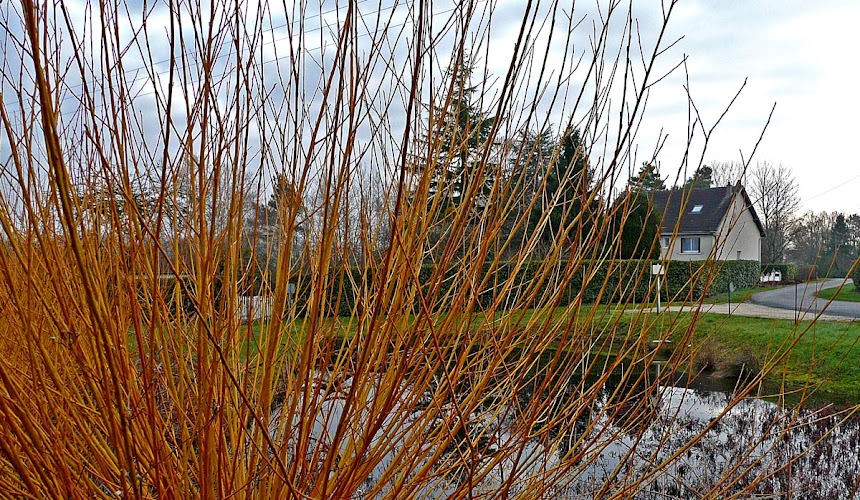 The pond and our house
This election has made me realize that I really ought to apply for French citizenship so that I can vote. I'm in the process of getting my parents' birth certificates and a new copy of my own, because those documents are required for the citizenship application. There are other requirements too, including a report from the FBI showing that I don't have a criminal record in the U.S. I have to figure out how to get that, and find out what else I need. 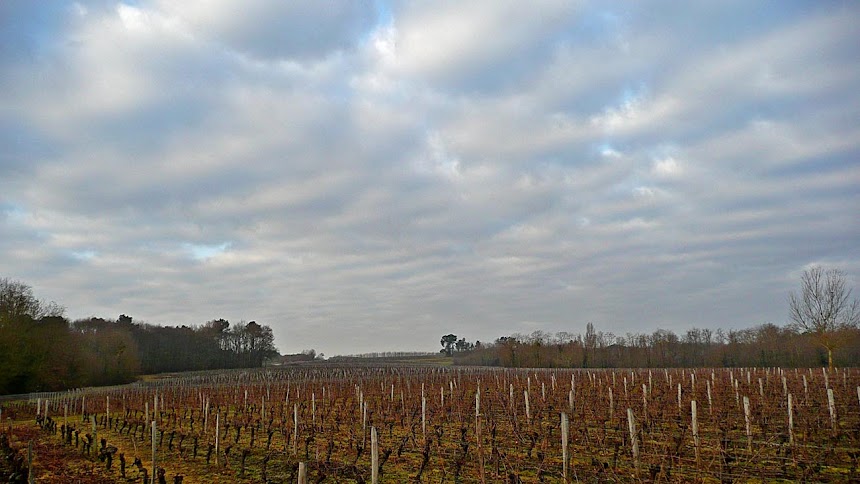 The vineyard is getting ready to go green.
Immigration is a big campaign issue here, and it's feeling less comfortable just being a resident and not a citizen in France these days. I'd like to have that famous carte d'identité nationale, whether or not I ever actually get a French passport. Having dual citizenship would be a good thing.
Posted by Ken Broadhurst at 07:40