When I came downstairs this morning at about 6:30 a.m., I looked out the back window and saw a huge moon setting out over the vineyard. I picked up my camera and tried to capture it, despite the darkness. Here's the result. 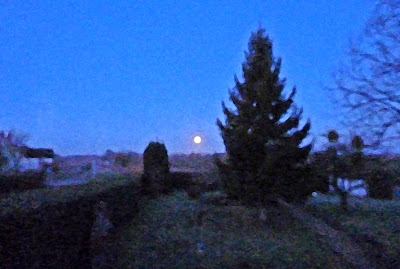 Moonset over the Renaudière vineyard
Friday 09 March 2012 6:45 a.m.
The pictures are grainy, but that's because of the severe low-light conditions at such an early hour. By the way, it's already starting to get light at 6:30 now. Just a few weeks ago, we didn't see daylight until nearly two hours later than that. 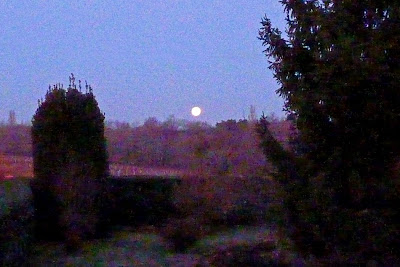 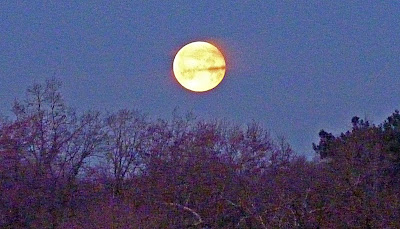 A few minutes after the first photo above, the light had brightened slightly and I took the next two, zooming in progressively. All these moon photos have been processed with Photoshop to soften some of the graininess. The camera also has a hard time focusing with so little light. 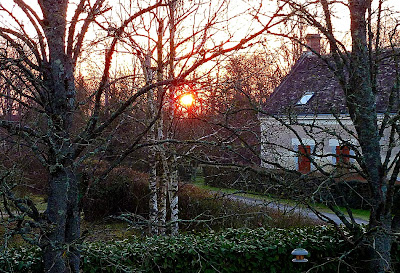 Sunrise Friday 09 March 2012 at La Rendaudière
A few minutes later, I noticed light on the other side of the house and realized the sun was rising. So I snapped a picture of that too. One nice thing about our house is that we can see both the sunrise and the sunset (or moonset) out our windows.
Posted by Ken Broadhurst at 07:57