My friend and former colleague Susan in California sent me a picture of Cheverny that she took in March 2006 when she and her husband, Ray, visited us in Saint-Aignan. Here it is. 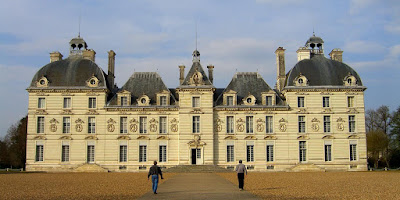 Striding up to the château de Cheverny,
that's me on the left and Ray on the right.
It took a lot of pictures that day, and looking at the ones I took outside the château makes me realize how often we have very fine, sunny weather in March here in the Loire Valley (except when we don't!). These pictures were taken on March 20. 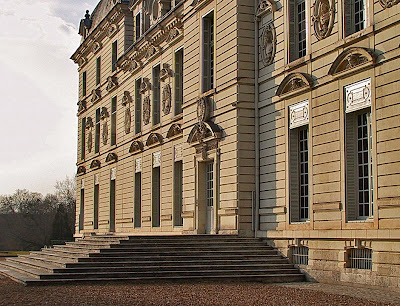 Cheverny's façade as the March sun goes down
It's the same kind of weather we've been having this March. It's been sunny and unseasonably warm for about two weeks now. There are rumblings among farmers and on the weather and news reports about drought. If I remember, we haven't had much precipitation since Christmas, except three or four inches of snow. 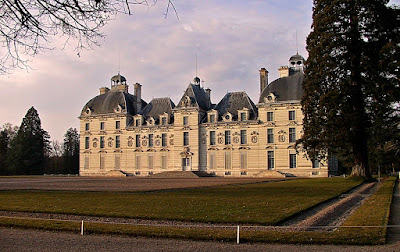 Another sunset shot at Cheverny
We are slowly getting the garden cleaned up. All our neighbors are doing the same. Day by day the whole hamlet — the whole village — looks neater and neater. Our neighbor across the street was out on his riding mower for a couple of hours yesterday afternoon. Walt is starting to think about mowing our grass for the first time. But unless we get some rain soon, it's not likely to grow very much. 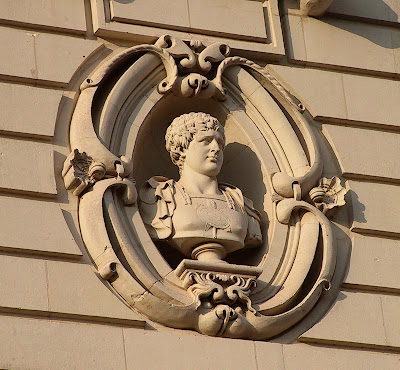 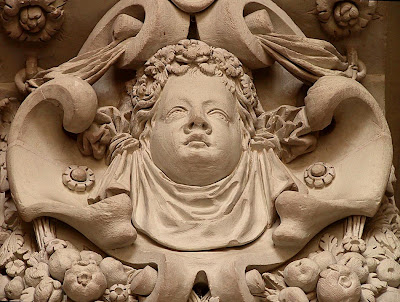 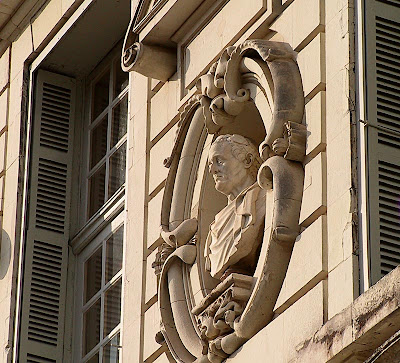 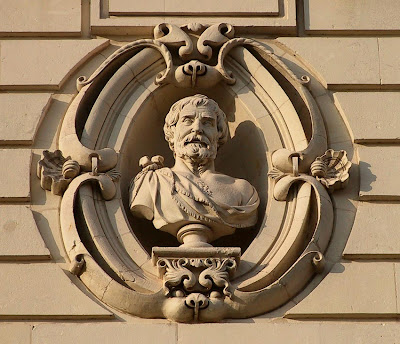 Some Cheverny architectural details
It's all about global warming, despite the brutal cold spell we had in the first half of February. Several plants in our yard seem to have given up the ghost because of the hard freeze, including a fig tree that we planted about five years ago and that had shown signs of rapid growth last spring and summer. I guess there's still some chance it might come back, but I'm not optimistic. 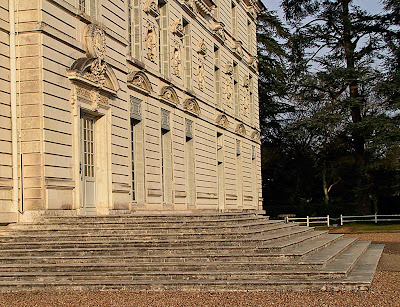 Another of Cheverny's front stoops
Even some of the plants I brought indoors for the winter didn't survive. I put them on our little glassed-in sun porch, which is not heated but hardly even gets colder than about 40ºF/5ºC. In February, the extreme cold outside made it frigid enough on the porch to kill three or four potted plants I was keeping in there.
Posted by Ken Broadhurst at 08:15