Cheverny is one of the big four châteaus on the east side of Tours in the Loire Valley — along with Chenonceau, Chambord, and Chaumont. I guess I should add Amboise and Blois too.

The Château de Cheverny was built in the 1700s, about a century later than most of the other main châteaus of the region. It stands out by its fine classical architecture, and it's known for its sumptuous furnishings and its pack of hunting dogs. 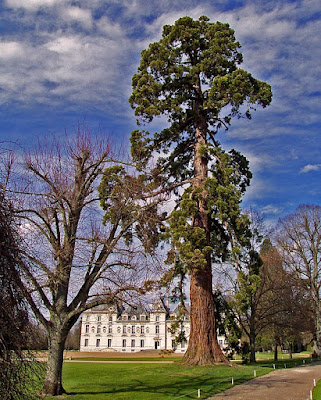 It's not a very big château, in fact, but its proportions are harmonious. And it stands in the middle of a 250-acre park that is beautifully manicured. 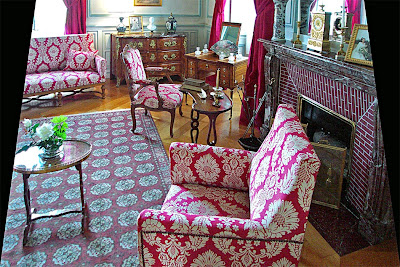 Cheverny is probably the most interesting château around here for its interiors and decoration. It's been owned and occupied — still today — by successive generations of the same family for its entire existence. 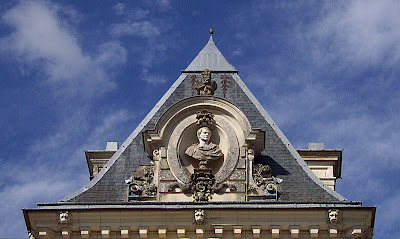 Cheverny is just half an hour north of Saint-Aignan by car, and about the same distance south of Blois. It's even closer to 16th-century Chambord, and the contemporaneous Château de Villesavin is close by as well. 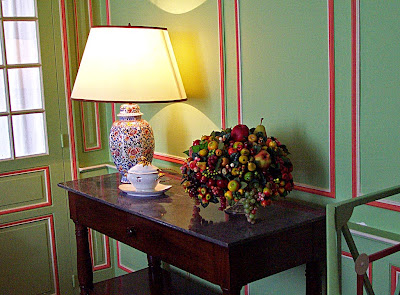 The photos here are some that I took in April 2004 when I visited Cheverny for the first time, before I started blogging. I've been back to Cheverny several times since then. You have to pay to get in, but it's worth the price.
Posted by Ken Broadhurst at 08:32