The feeding of the dogs at Cheverny

Cheverny is well known for its château and its hunting dogs. Hunting is a major cultural feature of the life here in the Loire Valley, and even more so in the woodsy subregion called La Sologne, where Cheverny and Chambord châteaus are located. 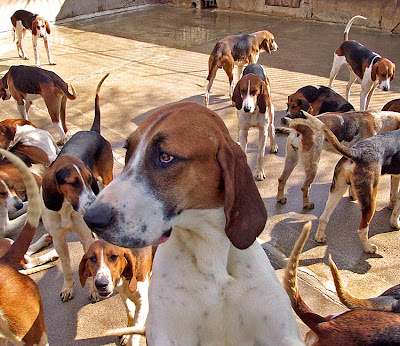 The hunting dogs at Cheverny castle
The dogs at Cheverny are a special breed, or cross-breed, of "English fox hounds and French Poitevins dogs," according to the Cadogan Loire guidebook. They are taken out hunting twice a week from autumn until early spring — winter is hunting season. 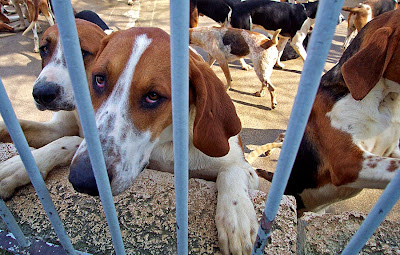 La soupe des chiens
One of the attractions at Cheverny is watching the feeding of the hunting dogs in the afternoon. The dogs are kept in a big pen and kennel a ways from the château. At feeding time — it's sometimes called « la soupe des chiens » at Cheverny — the dogs' trainers put down a line of raw chicken carcasses and kibble as they keep the pack under strict control. The dogs only lunge forward to wolf down the food when they are given the sign. It's quite a sight. 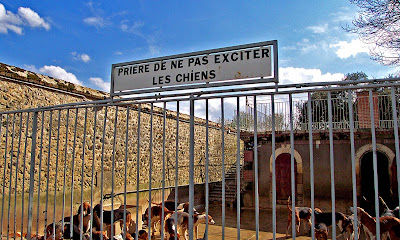 "Pray do not excite the dogs." 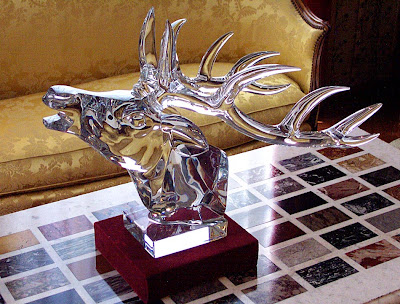 An example of the dogs' prey?
It took "just" 30 years (1604-1634) to build the château de Cheverny. Most of the other Loire Valley châteaus are a hodgepodge of architectural styles because they were built and rebuilt, expanded and enlarged, so many times over a period of several centuries. Cheverny is outstanding for its pure lines and nice proportions.
Posted by Ken Broadhurst at 07:36