We've been building up to this for a long time, and now we are going to build up into it. Les combles, as they are called in French. L'aménagement des combles — finishing off the unfinished space in the attic. 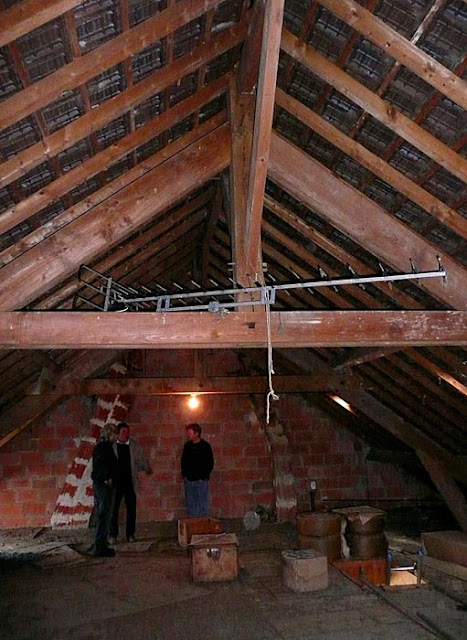 Walt and two contractors talking over the plans yesterday.
The photo gives an idea of the volume we are talking about.

Plans for the attic expansion are all that's on our minds right now. So here are a few more pictures. They are ones I took yesterday when a contractor/builder came over to have a look at the place and do some measuring. 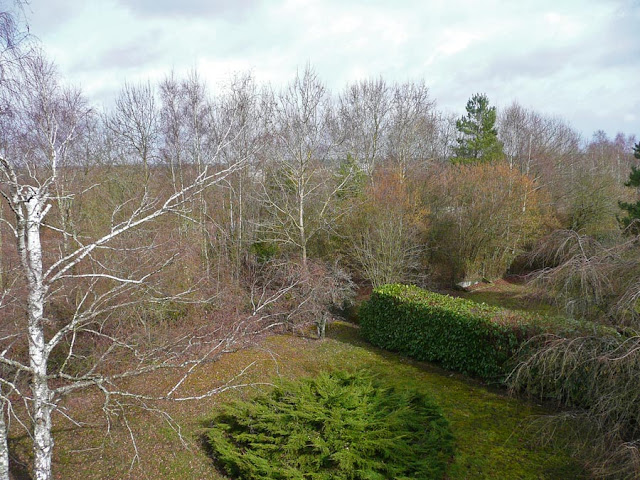 The view out of the attic window

Our plan is to have the roof well insulated and have wallboard/sheetrock put in all the way to the peak. It will be what we call a cathedral ceiling, I guess. I think the floor will be oak. And for the time being, the attic will be one big room that will serve as bedroom and TV room. I'll move my desk and computer up there. 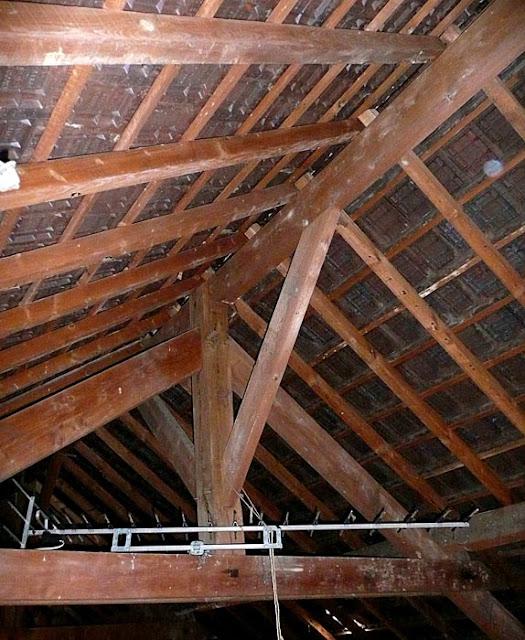 The roof beams — those big trusses — will be exposed, but not the rafters, which will be hidden behind wallboard. The TV antenna will just have go. We don't use it anyway, since we have a satellite dish. 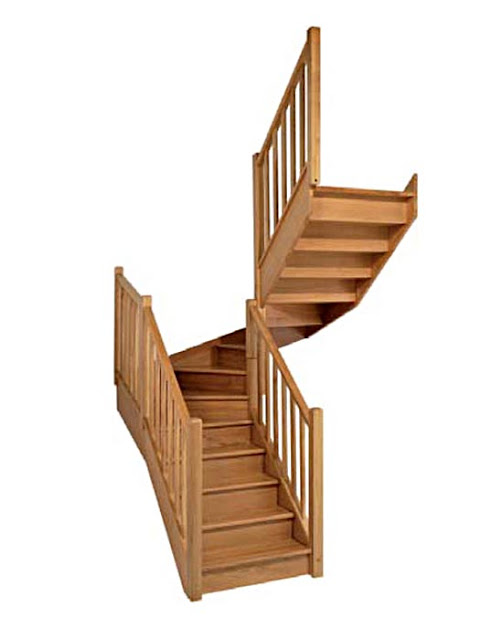 The biggest headache is having a staircase put in. With the contractor, Jacques, yesterday, we looked a pre-fabricated staircases in a catalog. That would be a lot less expensive than having one custom built, and if we find the right one it won't look much different. We are talking about oak for the staircase too. 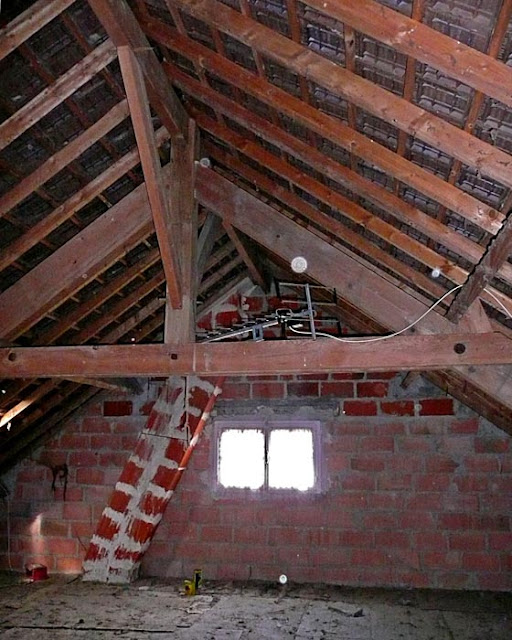 The other thing we have to have done is install a couple of windows in the roof. We're going to have Vélux windows put it. They are not the most attractive option, but they are functional and less expensive than having dormers built. 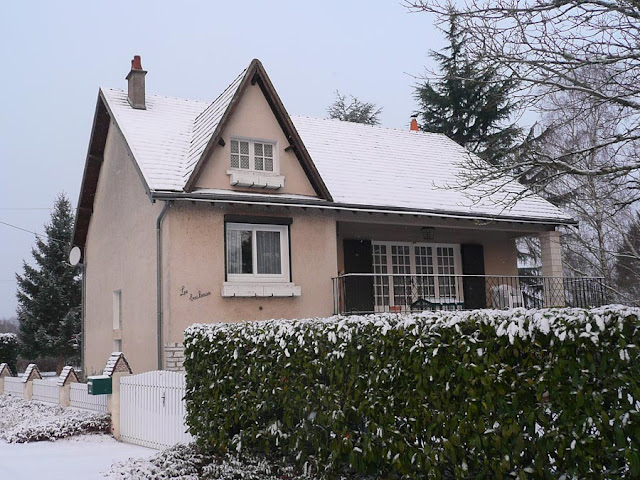 Nothing we're doing will change the appearance of the house
as you see it here. Photo from a few weeks ago when we had snow.

The Vélux will be on the back side of the house. There are no neighbors back there. Nothing we are doing will change the front façade. 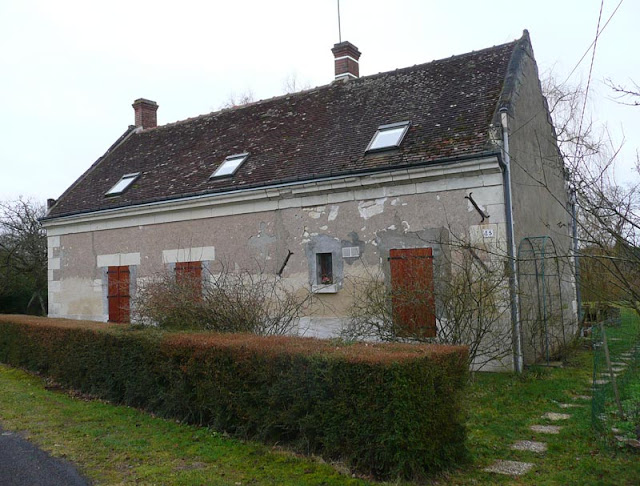 The neighbors' house, with Vélux windows in the roof

A lot of the other houses in our hamlet have Vélux windows.
Posted by Ken Broadhurst at 06:59