Thursday afternoon when I took Callie out for her afternoon walk, she turned right as we went out the back gate. That means she wants to go out around the north edge of the vineyard rather than walk on the gravel road. And that's fine with me.

Over on the north edge, however, is a big fenced-in enclosure where a donkey lives and grazes. Actually, we don't see the donkey that much these days. It seems to stay up close to its owner's house, on the other side of a stand of aspen trees that's inside the enclosure. We hear it braying nearly every day, though. 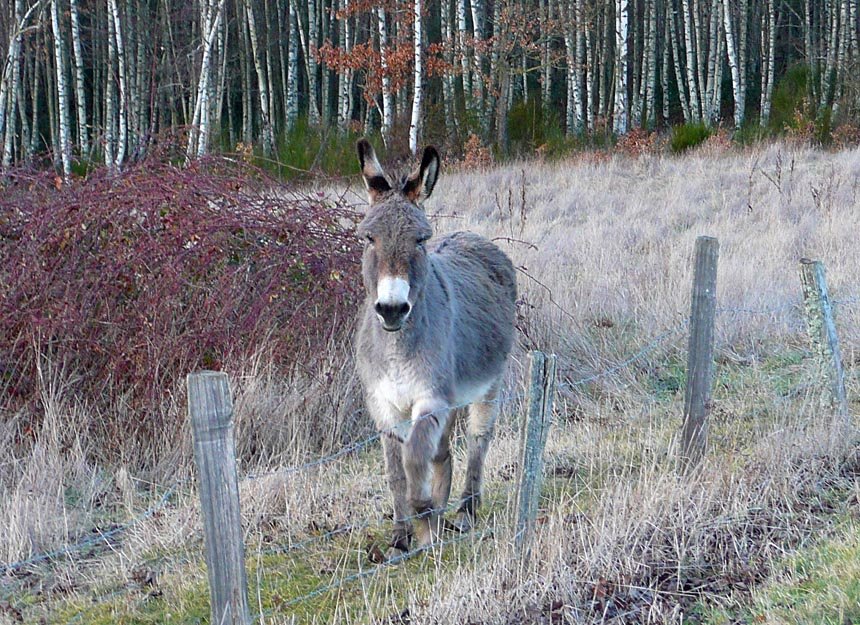 Here comes the donkey, trying to scare me away, I think.
So the dog and I were walking along the barbed-wire fence and the dog was behind me. Suddenly I heard something or saw movement out of the corner of my eye. It was the old gray donkey, and it was obvioulsy charging toward something.

That "something" was Callie. She had slipped through the barbed wire and was on donkey territory. I yelled at Callie, in English: "Callie, get out of there!" It's not the first time she's gone under the fence and not the first time I've yelled at her to come back out. But it might have been her first encounter with the donkey. 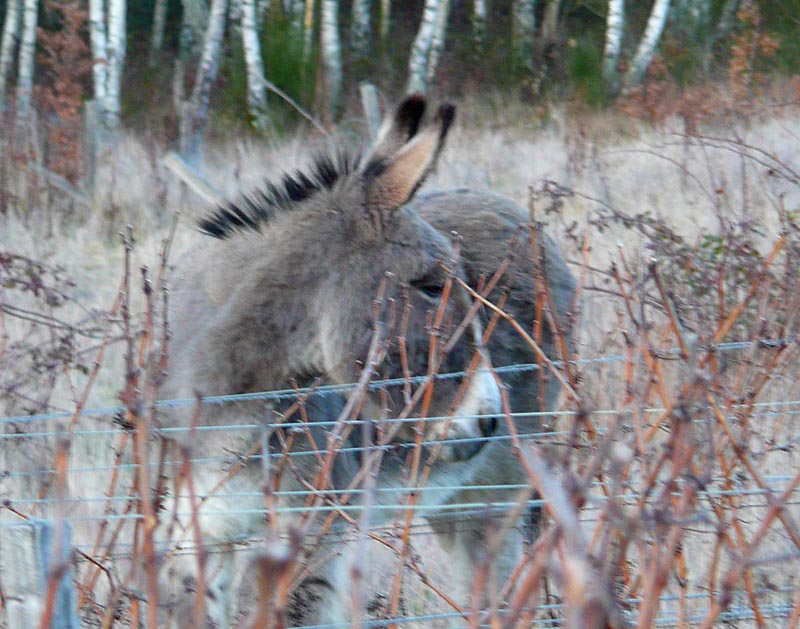 Once Callie and I moved away, the donkey calmed down.
The donkey was right behind her, stamping and stomping. But a terrified Callie quickly managed to scoot under the fence again, to safety. She wasn't ever in real danger. I don't know if you know it, but donkeys are famous for not tolerating dogs, especially dogs they don't know, and they will stomp them to death if they can.

Four or five years ago, our other dog, Collette, saw the donkey one day — we had recently arrived at La Renaudière — and thought it would be fun to go chase it. Collette was 12 or 13 years old at the time. She wiggled under the barbed wire and headed for the donkey. The donkey saw her and turned and charged. Collette panicked and then couldn't find a way to get back under the fence to escape. 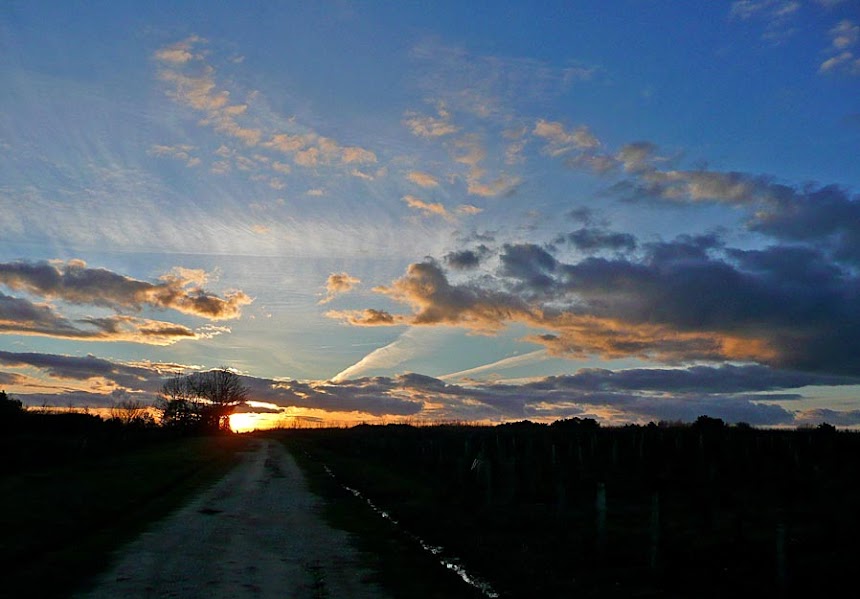 Fortunately, it wasn't sunset for Callie that day.
I finally had to lean over the barbed wire and pull Collette out bodily. At the time, I thought the whole incident was funny. Then I mentioned it in an e-mail or on a forum to an American woman who lives up near Paris and who has (or did have) a donkey herself. She clued me in.

Don't put your dog at risk, she said. A donkey will try its best to trample a dog. Mules will do the same. It's very dangerous. I just did some reading on a horses and donkeys Internet forum and got confirmation of that. One woman said her donkey has already killed one little dog by stomping on it, and it has tried to trample others.
Posted by Ken Broadhurst at 07:56