Here's what the vegetable garden looks like right now. Well, not exactly, because this morning a steady rain is falling, so it's pretty muddy out there. The part of the garden plot that spent winter under a tarp is still covered. There was no point letting it get saturated before I till it, probably next week. 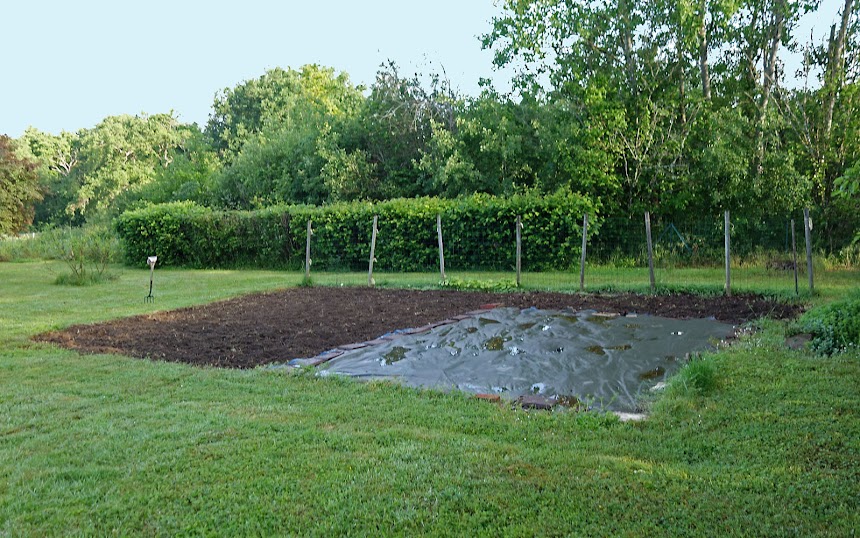 And here's what the plot looked like in early April. In March I had harvested the big crop of kale that was growing in a row in the middle of the garden, along the edge of the tarp. Walt had burned a pile of yard debris and trimmings on the uncovered part of the plot. Big deep-rooted weeds hadn't completely taken over yet.

Below is what the plot looked like after I tilled it a few days ago. It actually didn't take too long — maybe two or three hours in all. First, we pulled out some big weeds. I harvested some kale leaves that had appeared on the stumps of the kale I had cut earlier. And then Walt ran the lawnmower over the ground to cut down and mulch as much fresh growth as possible.

The ground was just damp enough to be soft, so the rototiller plowed right through it... as it were. The tiller is showing its age, however. We bought it in 2004, when we were putting in our first garden. After 17 years — it only gets used a few hours a year — its reverse gear has gone out, making it harder to maneuver. The cap on the fuel tank is cracked, so I have to be careful not to spill gasoline all over the hot engine when I tilt the machine to turn it around at the end of a row. 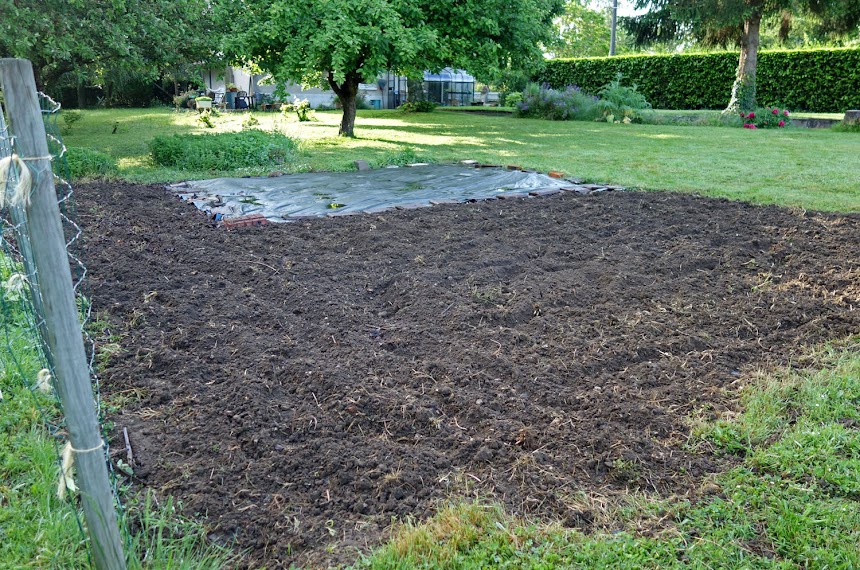 We can try to take the tiller in for service at the local Gamm'Vert garden center. We've done that once before, 8 years ago. We managed to get the big heavy machine into the trunk of the Peugeot. Maybe it can be repaired. Or maybe we just need to buy a new rototiller — one that's easier to work with. Not so heavy. More maneuverable. With big wheels, not just blades. If we're going to keep gardening as we've been doing since 2004, maybe it's time for a new tool. 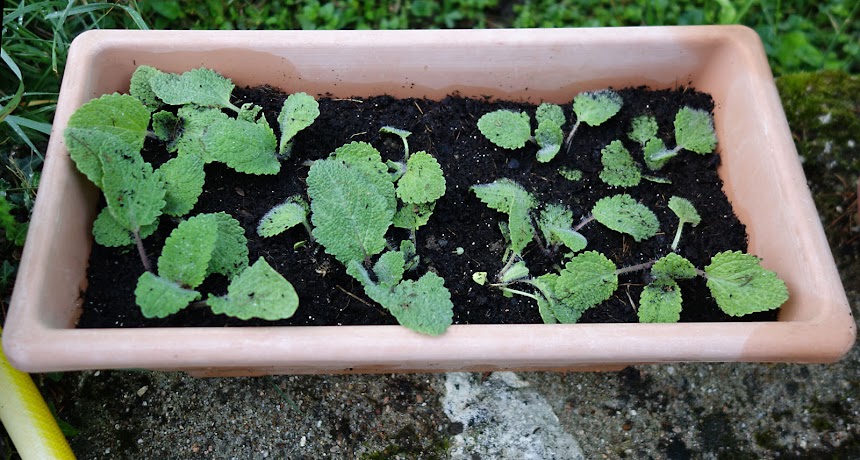 Above are some plants we found growing in the uncovered part of the garden plot. They are clary sage seedlings. Sage seeds must have gone into compost that we spread on the garden plot last year, and this year they sprouted. I dug the little plants up and transplanted them into pots. We'll see where we might want to plant them this summer. Walt already has clary sage growing around our vrai-faux puits (decorative well) in the back yard.
Posted by Ken Broadhurst at 06:35