Earlier, I wrote a series of posts about taking a virtual vacation, since our April getaway had to be canceled. Confinement, you know. But for that, our quasi-annual visitor Peter H. would be here from San Francisco right now. We'd be shopping in markets and supermarkets and cooking the good things we'd bring home. Walt would be enjoying the Roland Garros/French Open tennis tournament on TV, and looking forward to a good lunch or dinner. None of that is happening. 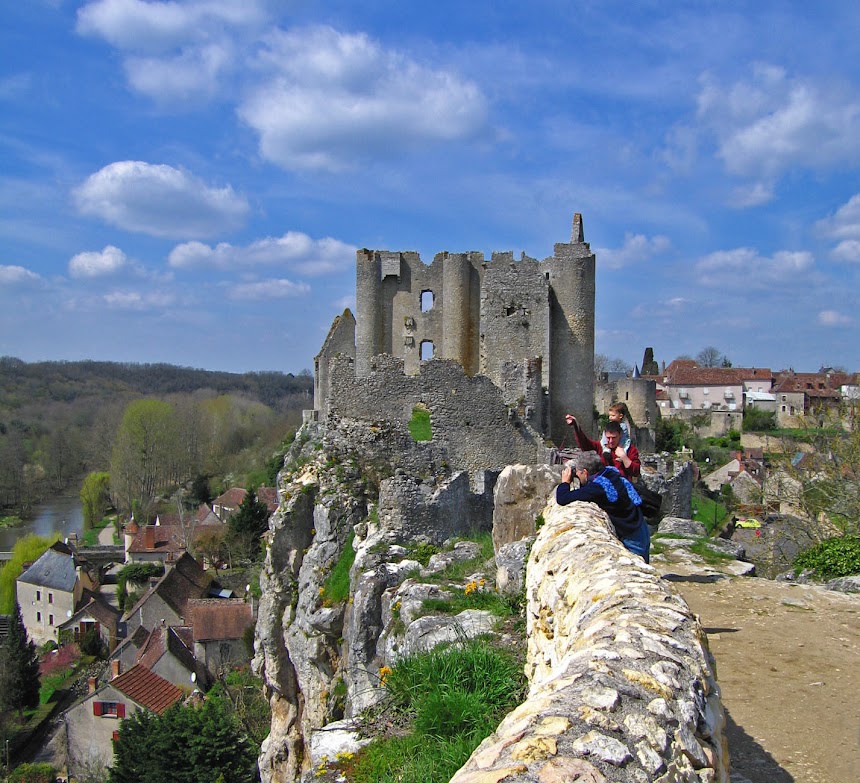 In the picture above, the woman wearing a bright blue scarf and carefully framing a photograph is our friend Sue. She lives in California, where we used to go on cool camping trips every year — Yosemite National Park, Salt Point park on the northern California coast, Zion National Park in Utah, etc. etc. Well, she's decided to cancel her trip to France and Morocco, which was scheduled for early September. The last time she came to France was in 2018. I spent a week showing her Carteret County in North Carolina — where I was born and grew up — last October. 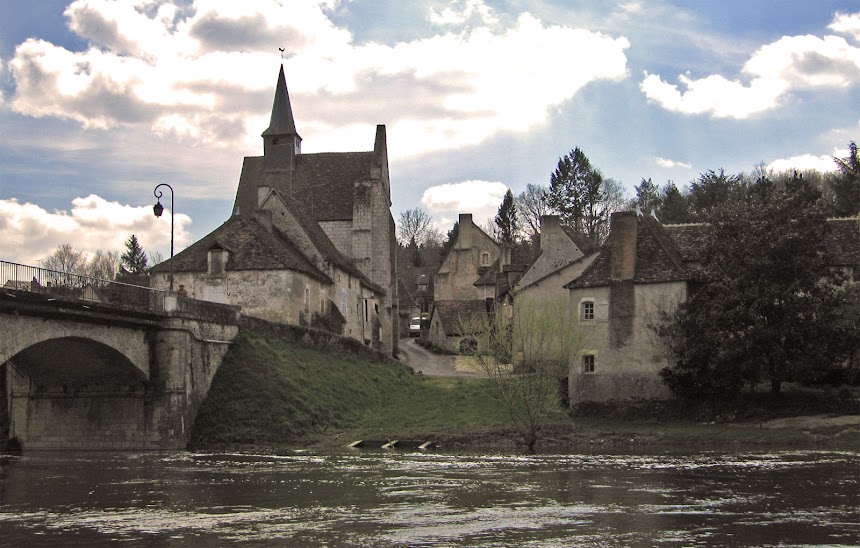 Another good friend who's had to cancel her 2020 trip to France is Evelyn — a lot of you reading this know her, if not personally, at least virtually, through her comments on this blog. I met her and her husband thanks to an Internet forum at about the time Walt and I relocated from California to France in 2003. Evelyn was going to visit in August. She too has had to cancel. For me, and for E. and Sue too, the idea of sitting in the middle of a crowd in the claustrophobic space available on an airplane is just not imaginable at the current time. 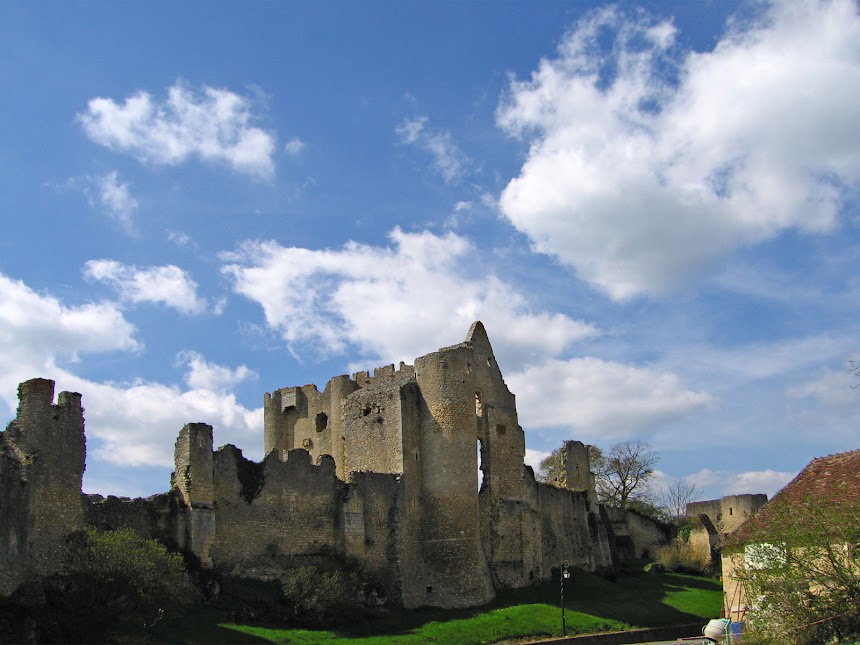 I wasn't planning to write about such sad turns of events. What I was going to write about was how I am looking forward to days when I can return to see places like Lavardin and Angles-sur-l'Anglin one more time. Both villages are about an hour from Saint-Aignan. Or Paris, for example, and the Baie de Somme. Another old friend who has had to cancel his annual Atlantic crossing in an airplane is CHM. He has an apartment in Paris and he has family connections in the Somme. Even before he had his accident about two months ago, he had decided he mostly likely wouldn't be willing to take the risk involved in flying to France in 2020. 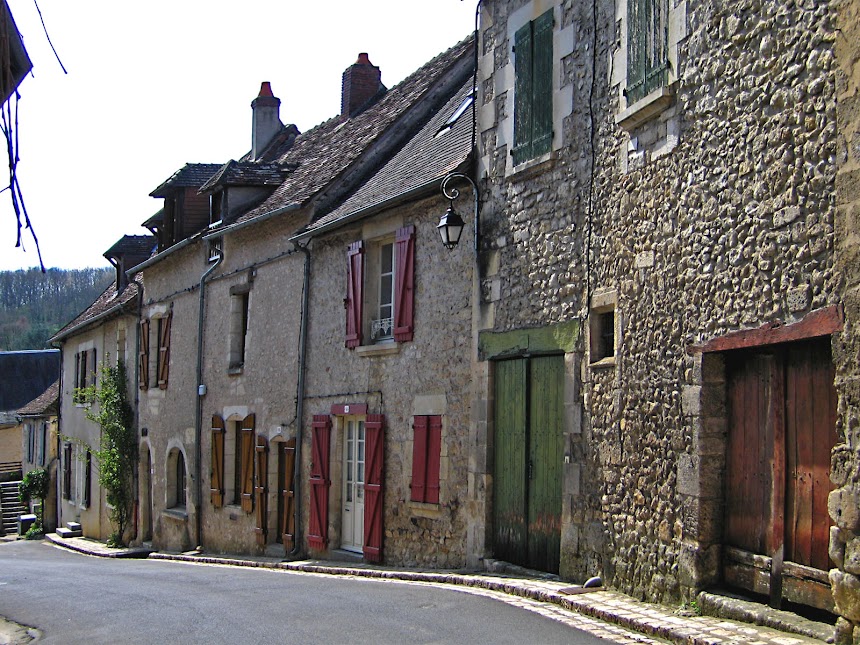 It's going to be kind of a quiet, lonely summer. My sister and our best cousin had been planning a trip to France in late September. I had started making plans for and lists of all the places we would go to see. They've had to cancel too, of course. I'm so glad I went to North Carolina last October and got to spend a couple of weeks with them. I'm not sure when I'll be able to go back there, or when they'll be able to come over here. 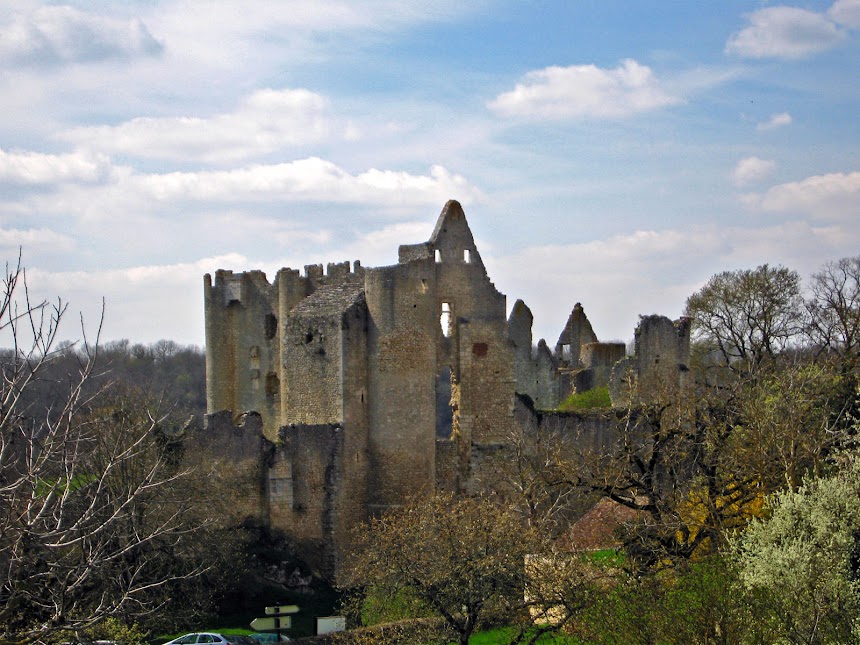 Sorry to be so downbeat today. On the positive side, the weather here is beautiful, and the garden is in. I had my doubts about that job getting done in 2020, but it has all turned out great. The ground got tilled, the seedlings grew strong in their little pots, the weather cooperated, and the plants are now in the ground. We even had just enough rain and clouds yesterday so that the tender little plants got a nice welcome rather than a fatal sunburn. Oh, and Walt went to the market and got strawberries and asparagus yesterday morning. Lunch today... By the way, the neighbors from Blois went back to Blois yesterday morning.
Posted by Ken Broadhurst at 06:00