What is Comté cheese?

One of the staples of our diet... our existence... is Comté cheese. That especially true right now, during our confinement (lockdown). It's always available in supermarkets. Comté, made in the eastern French province of Franche-Comté, is what Americans call "Swiss cheese." In reality, there are many varieties of "Swiss" cheese — Comté, Emmental, Abondance, Beaufort, etc. — which should more correctly called Alpine cheeses. The iconic Swiss cheese is Gruyère. Gruyère can also be made in France, and even Comté can legally be labeled as Gruyère de Comté. As you can see, it doesn't have holes. 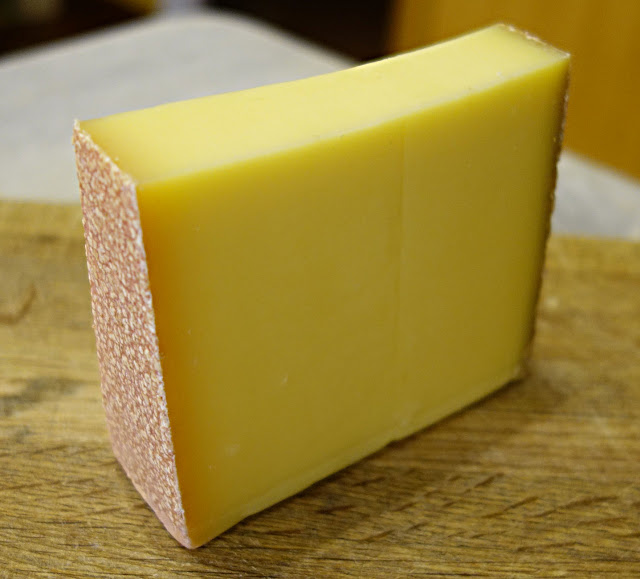 Comté is a cheese described in French as un fromage à pâte pressée cuite — in English, that means a cheese that is cooked and then pressed so that it holds together. When they say the cheese is "cooked" they mean that the milk is gently warmed up in copper vats to a temperature of about 50ºC (around 120 to 125ºF), which is nowhere close to the boiling point. So it's not really cooked, but heating up the milk give the cheese the familiar Swiss cheese texture.

Other French cheeses we use a lot — Cantal from the Auvergne region, for example, or Ossau-Iraty from Basque country — are in the pâte pressée non-cuite category. The milk the cheese is made from is not heated up at all during the cheese-making process. Comté and Cantal are, respectively, the equivalents of Swiss cheese and cheddar cheese in the U.S. Ossau-Iraty, which is more like Comté in texture but slightly stronger in taste, is made with ewe's milk, not cow's milk. 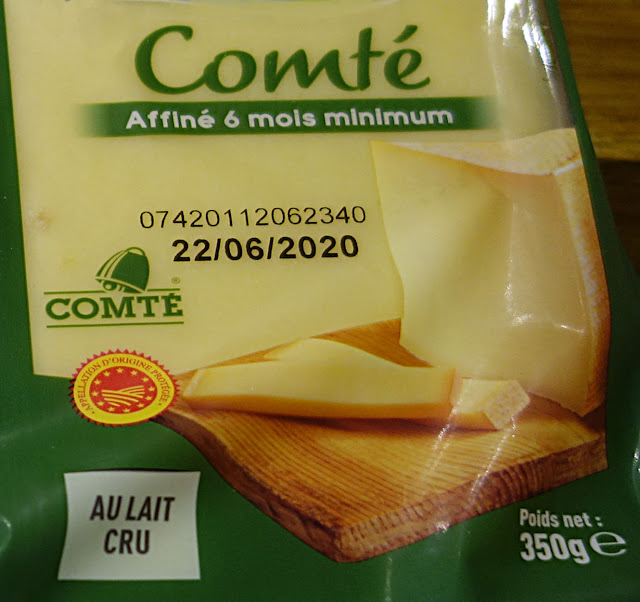 Comté is designated as both an AOC (a French quality standard) and an AOP (a European standard), meaning that it must be made following a well-defined process in order to carry the Comté name. If the label says Comté AOC or AOP, you can be sure it's the real thing. Another requirement is that he milk has to come from specific breeds of cows raised in a specific geographical region and fed according to imposed standards. Comté is the French AOC cheese that is produced in the largest quantities compared to all 45 or so French AOC/AOP cheeses.

We use Comté a lot, especially in our cooking. It makes great cheese sauces and great gratins like scalloped potatoes or macaroni and cheese. The Comté cheese I buy at the supermarket (ordering it on line these days) is consistently good. It's an AOC cheese that has been "aged" or ripened for at least six months. It's fairly inexpensive as cheeses go — it costs anywhere from 12 to 22 euros a kilo. That's $5 to $12 per pound in American terms. I buy the less expensive Comté for cooking, and the more expensive (usually aged longer) for eating as is (not melted). Comté made from unpasteurized (raw) milk, but since it's "cooked" during the cheese-making process, I'm not sure what difference that makes. It's a requirement, though. 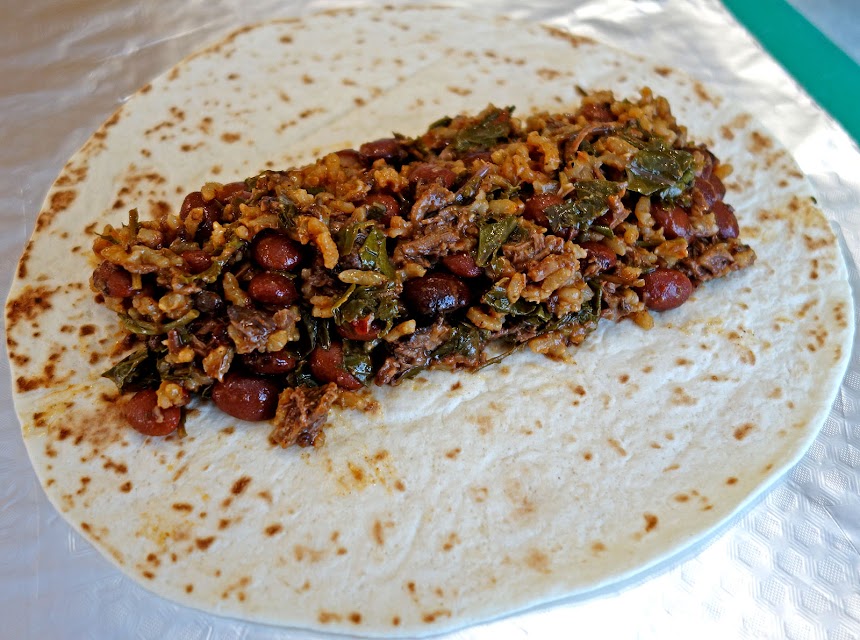 Yesterday we made "burritos" using slow-cooked beef, Portuguese "butter beans" (similar to pinto beans), brown rice (riz complet), and Red Russian kale from the garden made into a filling for wheat tortillas and seasoned with a pumpkin enchilada sauce. What else went inside? Grated Comté cheese, of course. 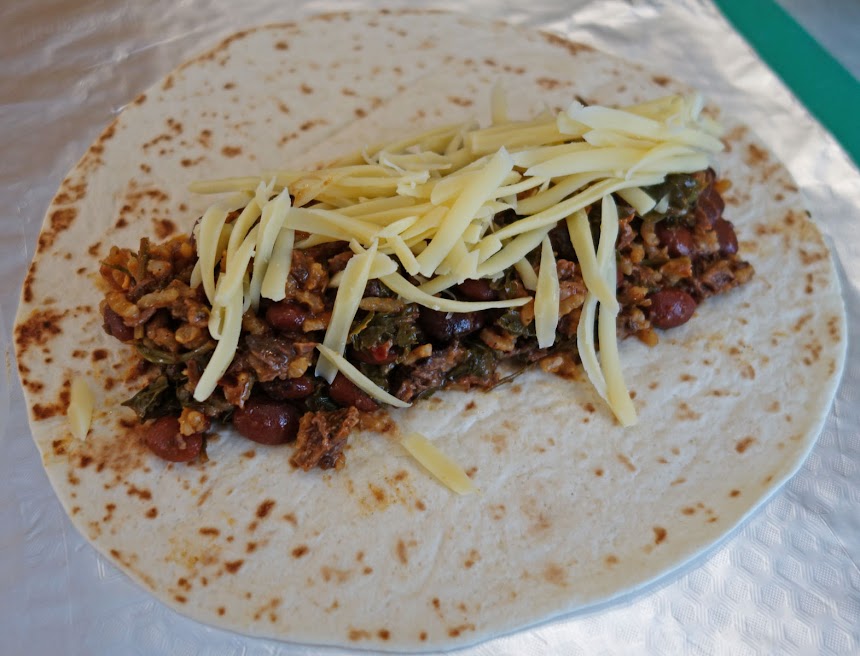 The large wheat tortillas contain the filling and some grated cheese. They're rolled up and then wrapped in aluminum foil before being baked in the oven until heated through.
Posted by Ken Broadhurst at 07:00