“I've been from Tucson to Tucumcari, Tehachapi to Tonopah...”
And I have, too. The line with the town names in it is a verse in a famous 1970s song.
The towns are in, respectively, Arizona, New Mexico, California, and Nevada. 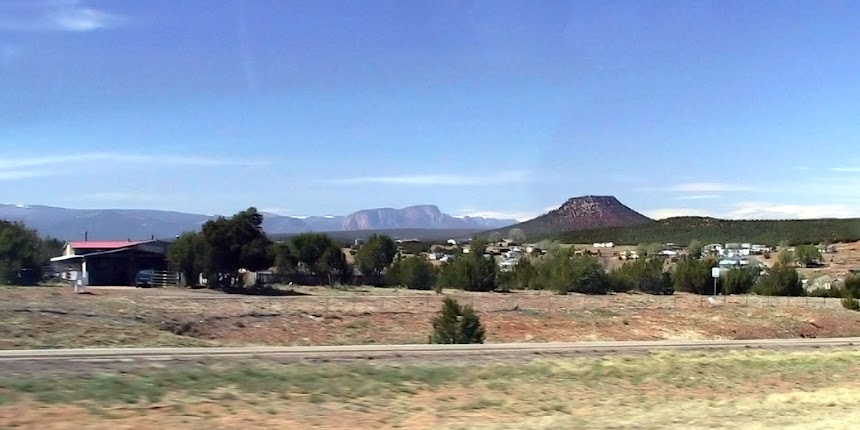 When you drive east from Santa Fe toward Tucumcari (pop. 5,000),
the landscape gradually goes flat and the horizon becomes, well, horizontal.
The drive takes about about three hours. There's not much traffic. 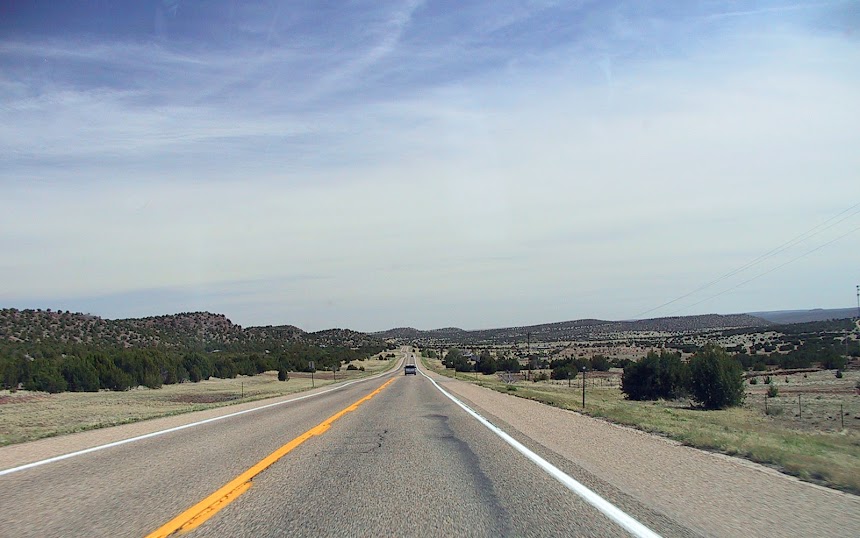 I like flatlands. They make for big skies. And they remind me of home.
Where I grew up, on the North Carolina coast, what land there is is flat. And there's a lot of water. It's flat too. 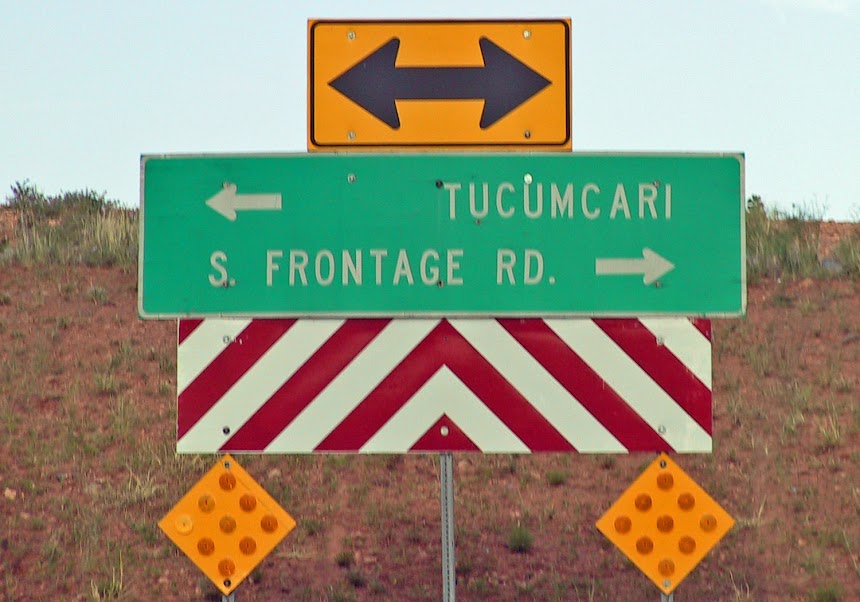 So eastern New Mexico appealed to me. It was more arid in character than the flat places I've lived in,
including central Illinois and its prairie, but it was otherwise familiar.
These are high plains, at an altitude of 4,000 or 5,000 feet (1250 to 1500 meters). 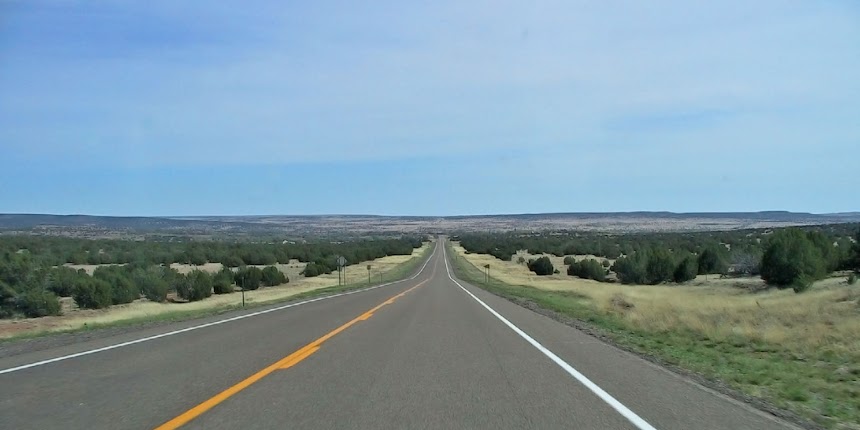 Even the buildings are horizontal. Below is the motel we stayed in when we spent the night in Tucumcari.
From a room here on May 1, 2003, I telephoned the moving company in California and told them
to go ahead and ship our container-load of belongings to France. 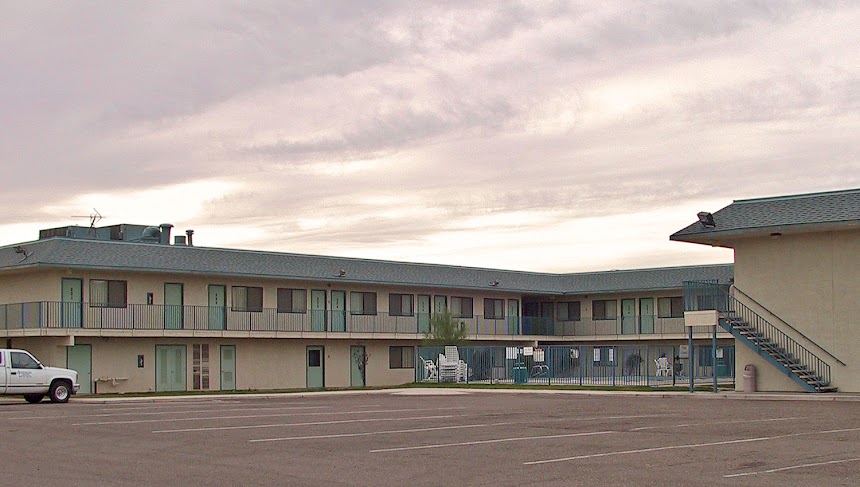 And this is Tucumcari's train station. I'm sure it used to bustle, back when people rode trains from cities
like Chicago all the way to Los Angeles, passing through here. In 2003, the station clearly wasn't bustling. 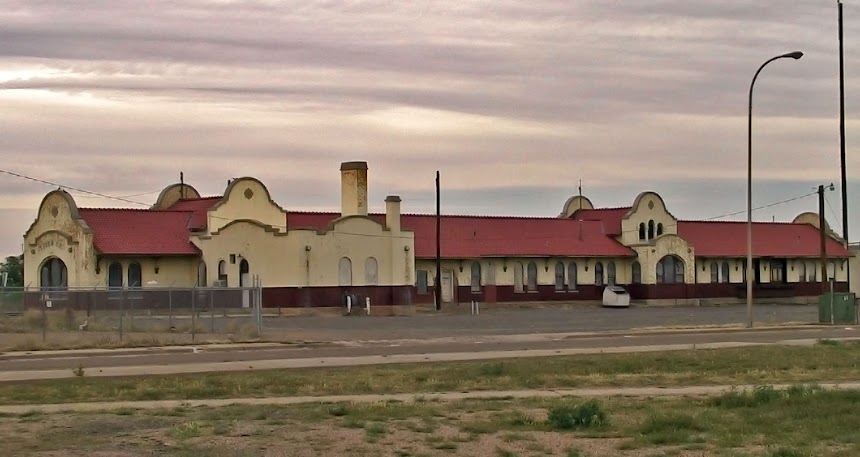 Tomorrow: Tucumcari itself. I had never been there before 2003.
Posted by Ken Broadhurst at 06:45