I wanted to eat peas — English peas, not black-eyed peas — but I couldn't decide whether to cook them with carrots or with mushrooms. So I cooked them with both, along with onions. Seasoned with duck fat and bay leaves. 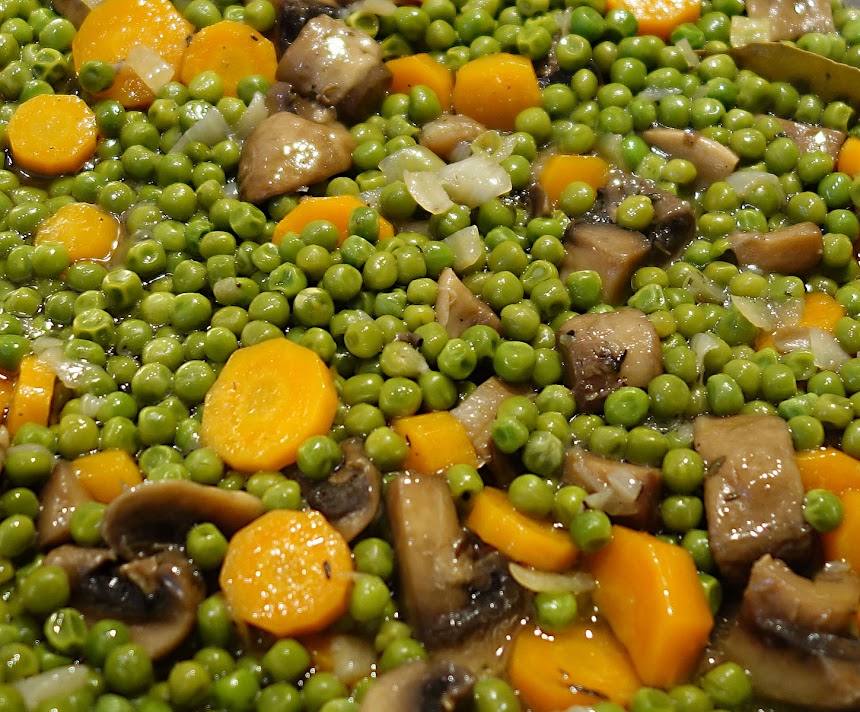 Walt says that for his family in upstate New York, "peas" meant green garden peas. For us in eastern North Carolina, "peas" was just as likely to mean black-eyed peas, crowder peas, or field peas. I can get black-eyed peas here in France. They come from Portugal, either as dried beans or in cans, and are called cornilles and other names. I wish I could get crowder peas or field peas here. All three of these "peas" are varieties of beans that are called "cowpeas." Most of them are grown in Africa, including the counties of Niger and Nigeria, which account for 66% of world production (according to Wikipedia). 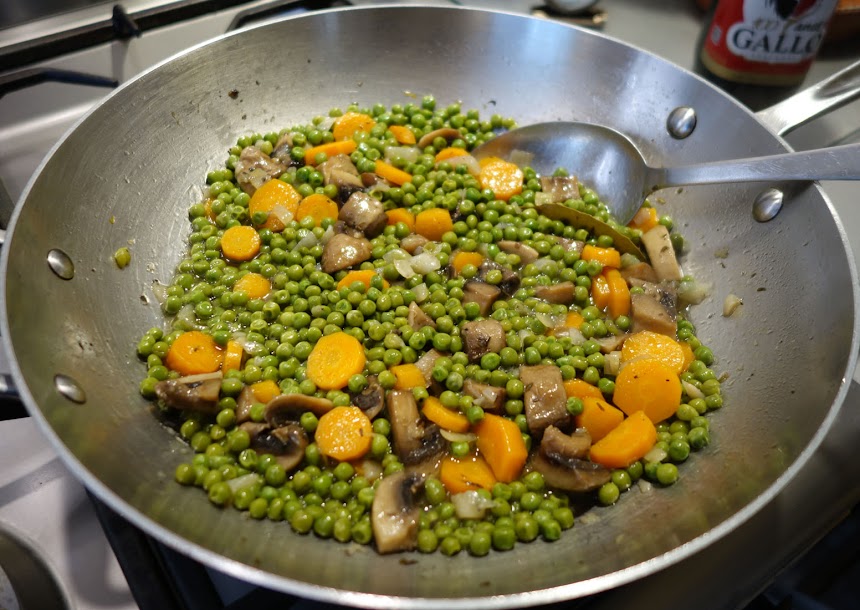 But back to "English" peas. They are not just English, of course, but also French, and called petits pois. Here's a well-known French song about them. I myself was born and grew up in a part of the United States where there were two great culinary traditions, each based on its own products and specialties. One tradition was English — green peas, fish and chips, beef stew, pot roast, butter beans, spinach, string beans, roasted chicken, white sandwich bread, butter and cream — and the other was African — collard greens, cowpeas, cornbread, hush puppies, pork and pork fat, okra, rice, corn (maize), fried chicken. Those were what later came to be called "soul food." When we said peas, we had to say which kind we meant.
Posted by Ken Broadhurst at 06:00