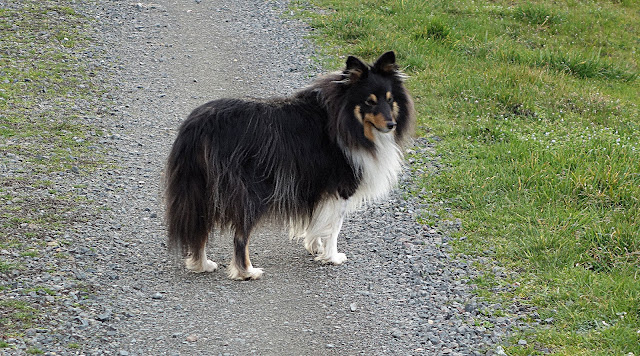 Over the nearly 17 years we've lived here on the edge of a vineyard near the town of Saint-Aignan, in the Loire Valley region, we've had three dogs. The one living with us now is Natasha — we call her Tasha. She's a pure-bred Shetland sheepdog. She'll be three years old next week. I was going to post six photos of Tasha this morning, but then I happened upon old photos of her predecessors. 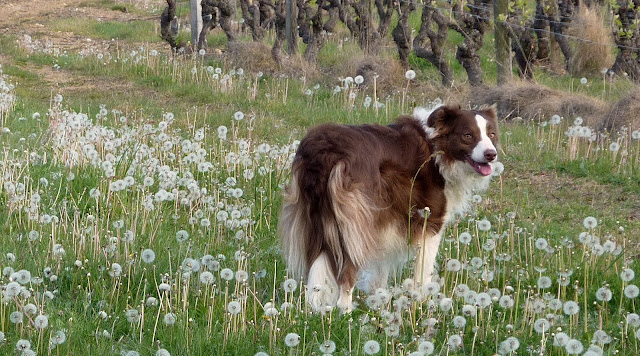 The dog before Tasha was named Callie. She was a pure-bred border collie. Compared to Tasha, Callie was pretty neurotic. The would go crazy barking at the moon, for example, or chasing the beam of a flashlight. She hated riding in the car. Tasha loves riding in the car, and she doesn't even notice the moon or flashlights. Callie lived for just 10 years. She died less than two months after we brought Tasha home in 2017. That was sad. 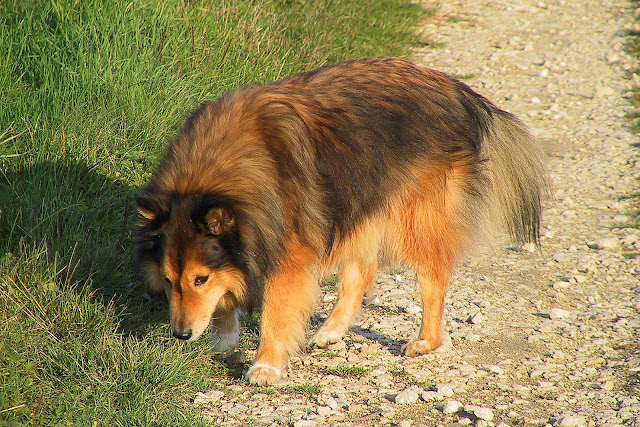 The first dog that lived in France with us was Collette. She was a "rescue dog" that we found at the Santa Clara County Humane Society shelter in California. We took her home in 1992 and she lived to be 14, passing away in 2006  after a severe stroke paralyzed her on one side. We made an appointment to have her euthanized, but according to the vet she died before the drug could be administered. Collette also loved riding in the car, so it was appropriate for her to die on the back seat of the Peugeot. 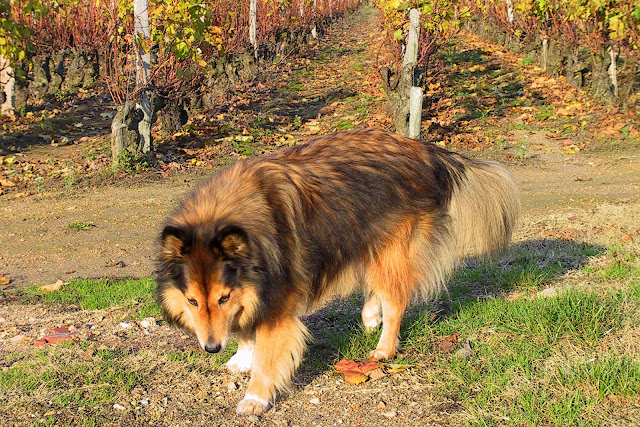 Collette was never crate-trained, but when we left California in 2003 we bought a kennel for her to travel in. Walt had a Jeep, so there was room for it in the back. We put it in there and she started sleeping in it during our week-long drive across the U.S. to go spend some time in North Carolina while waiting for our French visas to be granted. Then she traveled in it on an airplane to France. She wasn't fazed and she loved being here in France — I'm happy she had three good years in the vineyard after more than 10 years as a city dog. 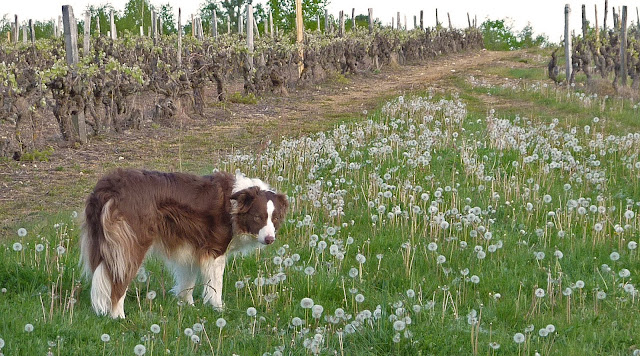 Callie hated the car, and it was probably my fault. When we went to get her from a breeder three hours from Saint-Aignan in 2007, she was 10 weeks old. I decided to drive back home on little curvy roads, and Callie got very carsick. That did it, I think. She was in good health but died young after an injury paralyzed her hind legs and her tail — she couldn't walk or wag. There was no solution but to have her put down. 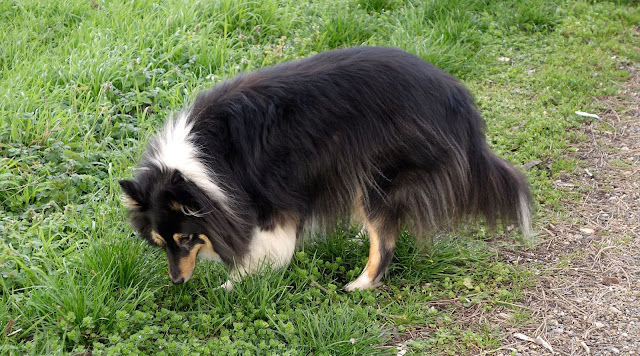 We hope to have Tasha a lot longer than we had Callie. She's a very barky dog, but her barking is not constant. She's just vocal when she gets excited. She was really happy, of course, when Walt got home yesterday from his one-week trip to Albany NY. I took her with me in the car to go pick him up at the Tours TGV train station (an hour's drive each way).

I enjoyed taking all these photos (from 2004, 2010, and 2020) and I've enjoyed looking at them this morning. It's surprising to me to see the high quality of photos from 2004, when I had a Canon digital camera. The 2010 photos are ones I took with a Panasonic camera. Tasha's photos are Sony camera images.