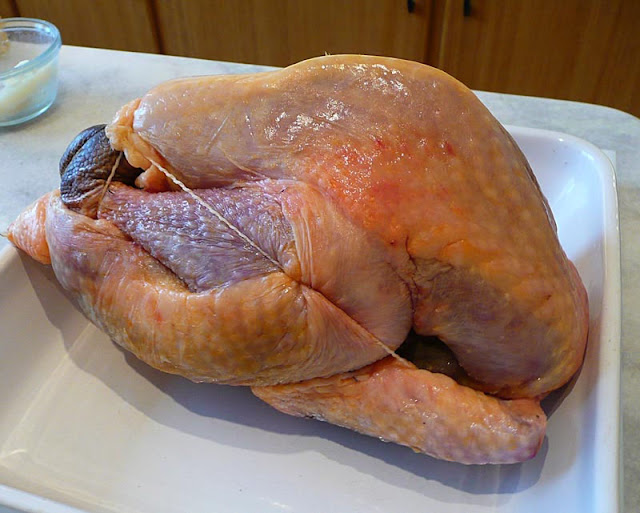 According to the 2007 Grand Larousse Gastronomique, France produces more Guinea fowl (pintades) than any other country in the world. I wouldn't be surprised if the French consume more pintades than any other people. The same is probably true of rabbit, and the GLG says France is the world's second biggest rabbit producer, after China. The GLG notes too, in its article about poultry, that duck production in France, especially in the southwest region, has been increasing for years, mostly because of the demand for foies gras (fattened ducks' livers) and magrets (duck breast filets).

This is a pintade, or Guinea fowl.

Again according to the GLG, the a magret is the pectoral muscle (le muscle de la poitine) of a duck that has been fattened by force-feeding. The fattened duck is called un canard gras. In that sense, the magret is a by-product of the foie gras industry. The duck breast meat has the skin and the layer of fat that lies under it still attached. For generations, the duck breast was made into confit (slow-roasted in fat) along with duck legs, thighs, and wings. 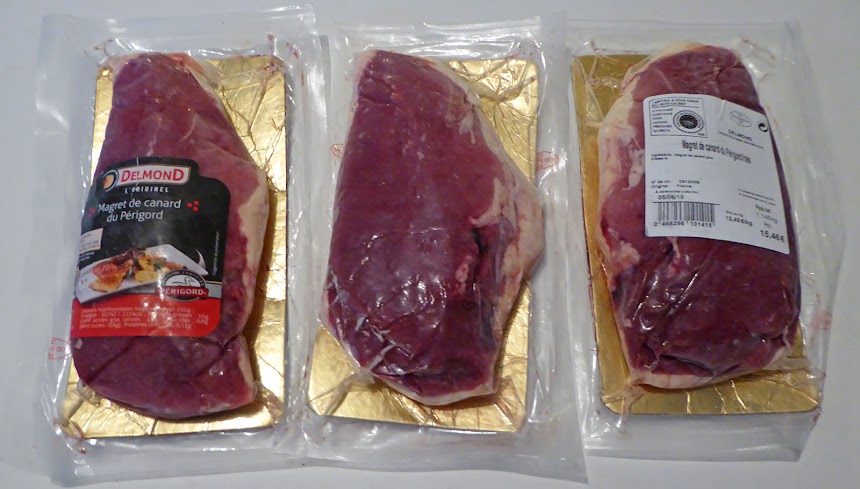 This is a three-pack of magrets de canards that I bought at the supermarket. The total weight of the duck is about 2½ lbs. The total price was 15.46 euros, or just over $17 U.S.


I remember doing exactly that myself 20 years ago, when I was making confit with frozen whole ducks that I could buy in San Francisco. I'm not sure that I had ever cooked or eaten a duck breast pan-fried or oven roasted when I lived in Paris in the 1970s and early 1980s. I don't remember them being served that way in restaurants back then. The only duck I remember eating was Peking duck or canard lacqué in Asian restaurants in Paris, and I remember how good that was.

These duck breast filets come from the Périgord in the French southwest, which, like the Touraine, Berry, Anjou, Poitou, Perche, and Orléanais, all around Saint-Aignan, was an old province that was given a new name at the time of the French Revolution. The modern name of the Périgord is La Dordogne, and you might be more familiar with that name. La Dordogne is a département (a county, more or less) in modern France. Some old provinces were small enough so that now they are just one county, but other, more extensive old provinces are divided up into several counties nowadays. 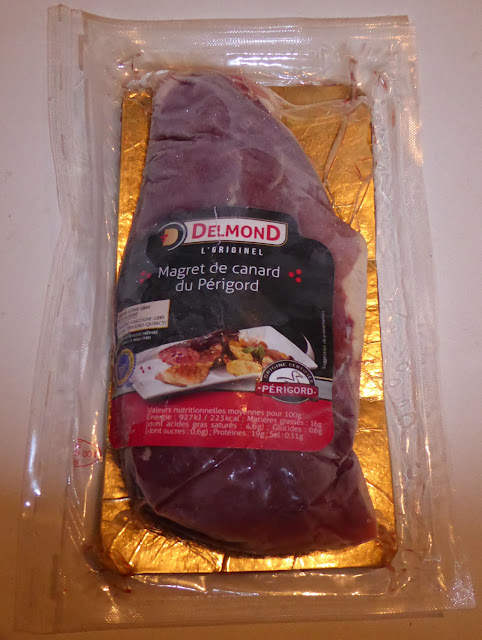 The GLG says that it was restaurant chefs in the Landes (southwestern France, bordering on Spain and the Atlantic Ocean) who revived local tradtions by starting to grill duck magrets, skin-and-fat side down first so that the melted duck fat would "nourish" the lean breast meat when the filet was turned over to finish cooking, and serving the magrets rare (saignants) or medium-rare (rosés), with crispy skin. The best duck magret for this kind of cooking comes from ducks that have been slaughtered no more than 48 hours earlier.


Finally, a couple of days ago I opened Wikipedia, both French and English,  to look up magret. There's no such entry in the English-language Wikipedia. In the French-language Wikipédia, I read that magret de canard can be air-cured (dried) or smoked and then cut into thin slices and served like air-cured ham. But most often, the magret is grilled or pan-fried the way the GLG describes doing it. Sometimes the little tenderloin muscle attached to the duck breast (as on a chicken breast) is sold and cooked separately, in a sauce. It's the tenderest and leanest part of the breast filet. 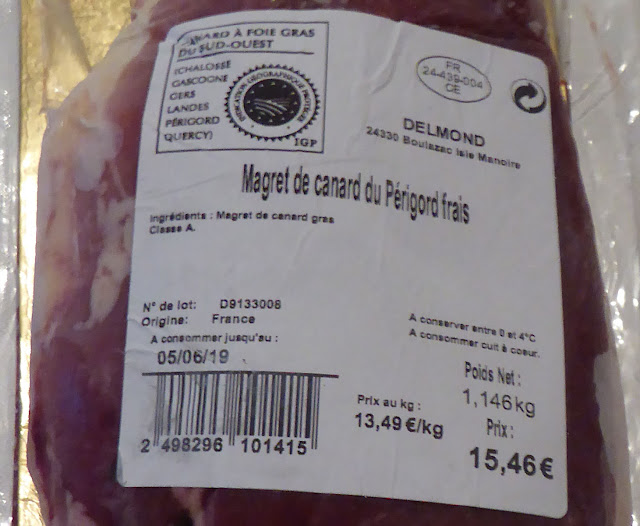 Finally, the French Wikipédia article enlightened me as to when grilled, rare duck magret became a standard preparation and popular menu item in France. It was a chef named André Daguin, whose restaurant was in the town of Auch in Gascony (southwestern France). He started cooking and serving grilled magrets in the late 1950s and became famous for it. He recommended that the name of the duck filet should be maigret [may-'gray], based on the French word maigre, meaning lean. The new name didn't catch on, however, and the old Gascony dialectal form of the word, magret [mah-'gray], is still used all around France today.
Posted by Ken Broadhurst at 06:32