Pick me! Pick me!

The verb in my title is slightly ambiguous. It could mean choisis-moi ! Or it might mean cueille-moi ! As in, quoting a well-known local figure, Ronsard : « Cueillez dès aujourd'hui les blettes de la vie ! » All I'm trying to say is that I really have to go pick some more chard leaves. They are too pretty to resist. 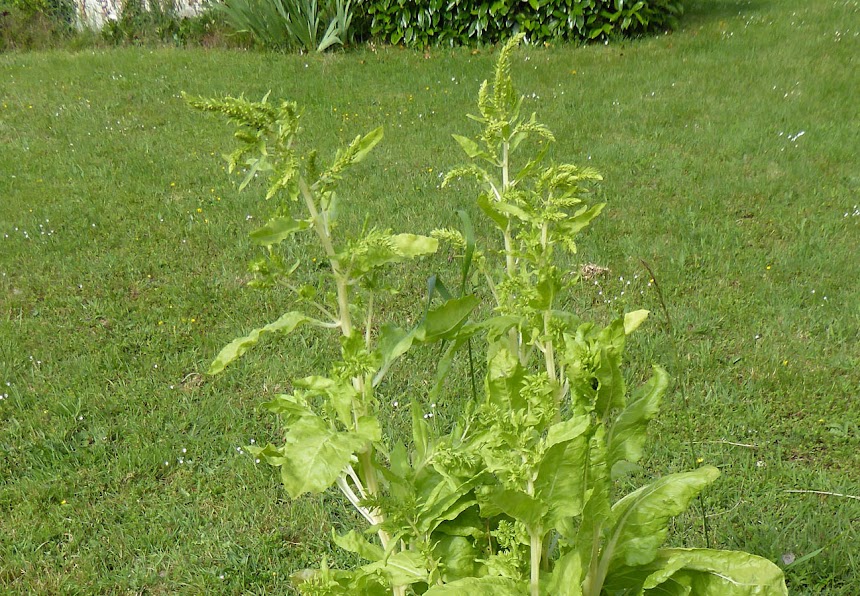 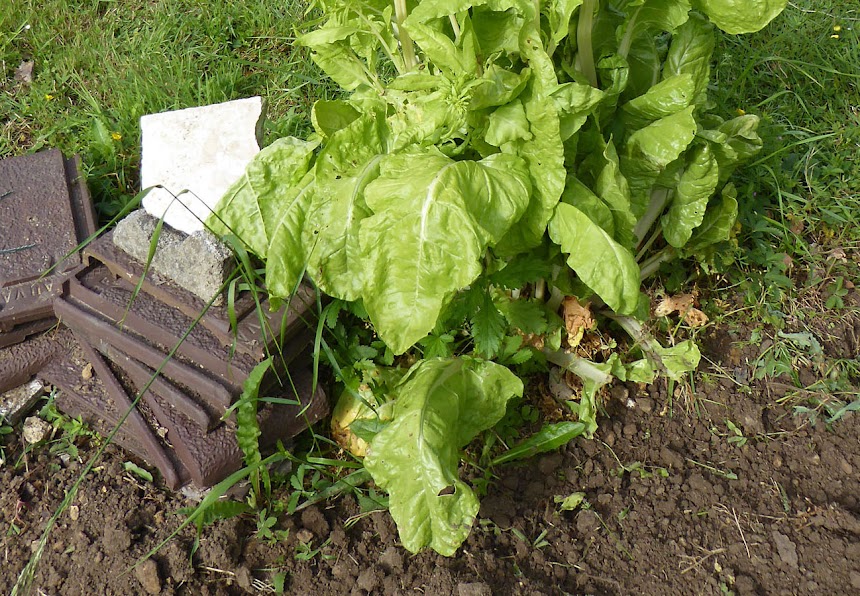 Yesterday I baked chard into a dish of lasagne. (My spell checker tells me that lasagne is an error, but I don't think so. It's the plural of lasagna in Italian, I think, and it's the form of the word used in French — des lasagnes — for what we usually call lasagna.) I cooked the chard first, and then I drained it and mixed it into a sort of paste of cream cheese (fromage à tartiner), crème fraîche (cultured French cream), and grated Emmental, with spices like nutmeg, allspice, hot paprika, garlic powder, onions powder, and black pepper. 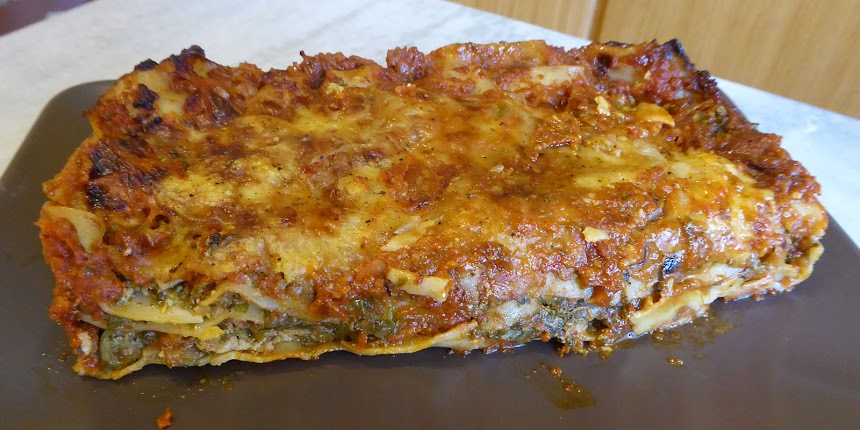 I used that mixture to make layers, along with tomato sauce and lasagne (lasagna noodles). I also put in one layer of sauteed mushrooms and smoked pork lardons (bacon), and some grated cheese to melt on top. It was pretty good, if I do say so myself. Above is a photo of half of it — we ate the other half. Below is a close-up of the layers. 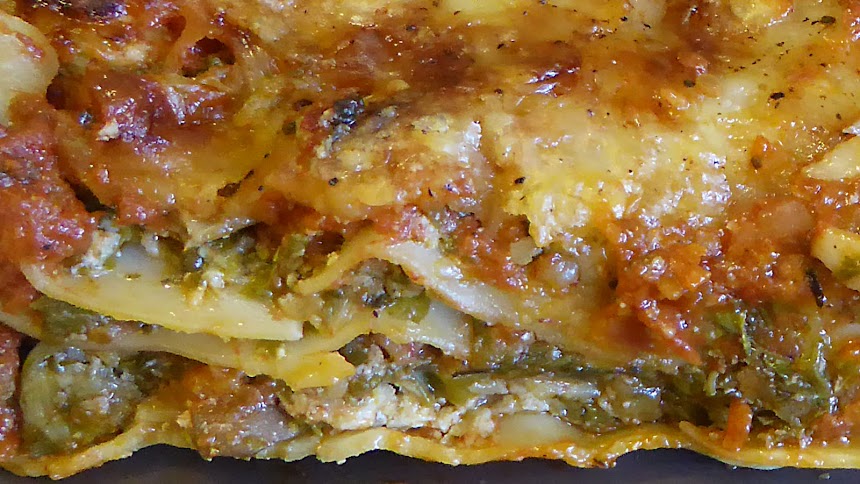 So now I have to go out one more time and pick as many of the pretty blette leaves as I can, before I finally pull the chard plants out of the ground. We've done other things with chard leaves. Pesto, for example, the way you'd make pesto with basil leaves or radish leaves. And I want to make a savory Auvergne-style pounti cake with chard leaves sometime soon.
Posted by Ken Broadhurst at 06:55