More about duck in France

On this web page, I just found some statistics about the amount of duck people eat in France nowadays. It says that the French consume more duck (which on the page is called canard à rôtir — roasting duck) than people in any other country, even China. It goes on to say that France is the world's number 2 producer of ducks — 85 million ducks a year. That's half the ducks produced in Europe, and comes to about 450,000 tons. 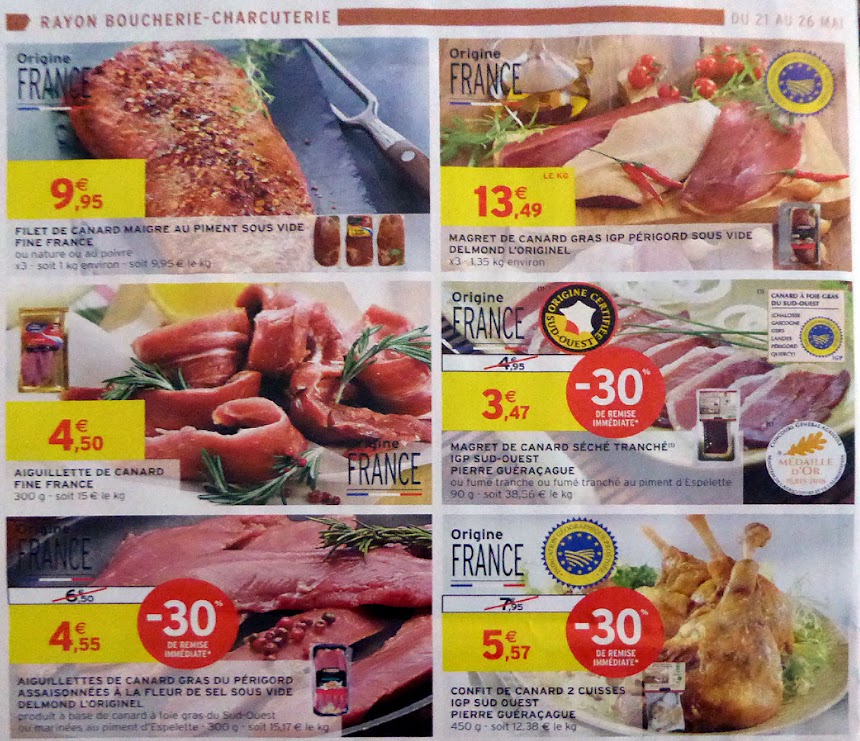 Aiguillettes ("little needles") are duck "tenders" and are very lean and, well, tender.


If you want more statistics about duck and other meats produced and consumed in France, have a look at this PDF file. A few days ago I had started putting together a post about duck and I wrote that I figured people in France, along with the Chinese, eat more duck than people in any other country. So that turns out to be true, as best as quick and dirty googling can determine. 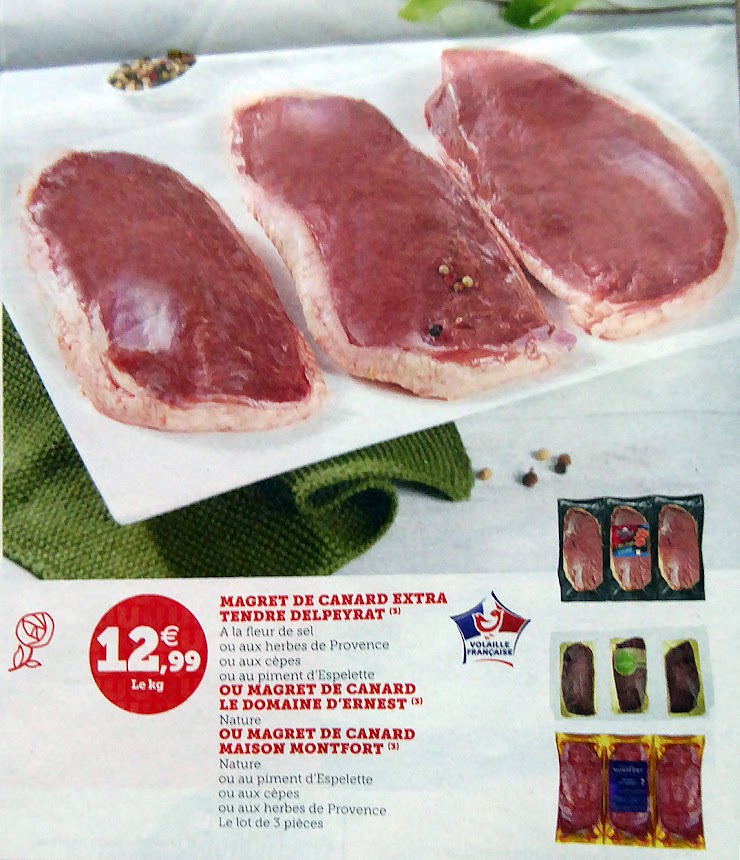 In the PDF version of the Grand Larousse Gastronomique (2007) food and cooking encyclopedia, which I managed to download a few years ago, I found other statistics. The article about poultry says that France was then producing these quantities of poultry annually, in tons:

Remember, these are 12-year-old statistics, at least, so the raw figures might not mean much, but the ratios are revealing. France produces 100 times as much duck as goose. Not to mention twice as much turkey as duck, and three times as much chicken. (It's interesting that these statistics include rabbit in the poultry category, but that's the way it works in France.) 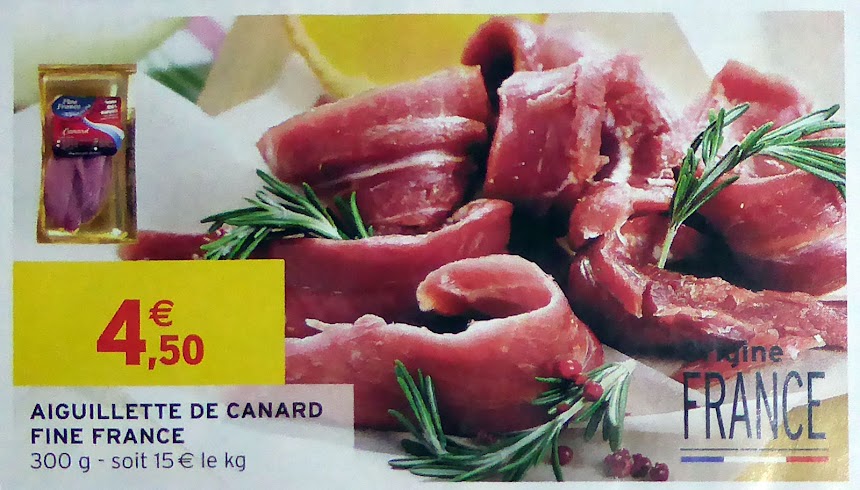 There's also an interesting paragraph in the 1967 print edition of the Larousse Gastronomique that says the production of confit d'oie (slow-cooked goose), which was traditionally put up in stoneware crocks of goose fat for storage (the same is true for duck), had already started being packed in tins and processed using modern canning techniques. It continues:

Ce confit a absolument les mêmes qualités que celui conservé dans les vases en grès et a, de plus, la qualité de pouvoir être conservé bien plus longtemps. ["This canned confit has absolutely the same qualities as confit packed into stoneware vessels and, in addition, has the advantage of allowing the confit to be stored for a much longer time."] 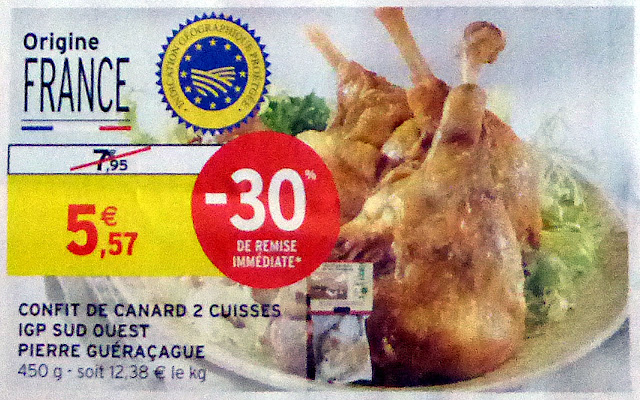 In the 2007 PDF version of the Larousse Gastronomique, I came across a recipe from a restaurant chef in Rouen (where I spent a year long ago, and still have friends, at least one of whom has spoken of this chef in glowing terms). It's a recipe for canard aux navets — duck braised and served with turnips — which is a classic preparation. That's what I'll be cooking today. It's not made with confit, but with fresh, raw duck. I'm including here some of this week's ads from our local supermarket flyers that feature duck.
Posted by Ken Broadhurst at 06:30