Looking at photos I took when I made three separate trips to Normandy in 2004 and 2005 has made me want to go back there again. I'm talking about the part of Normandy called the Cotentin (département de la Manche), which includes the Mont Saint-Michel and the big port city of Cherbourg. That was before I started this blog, and I want to post some photos from back then. 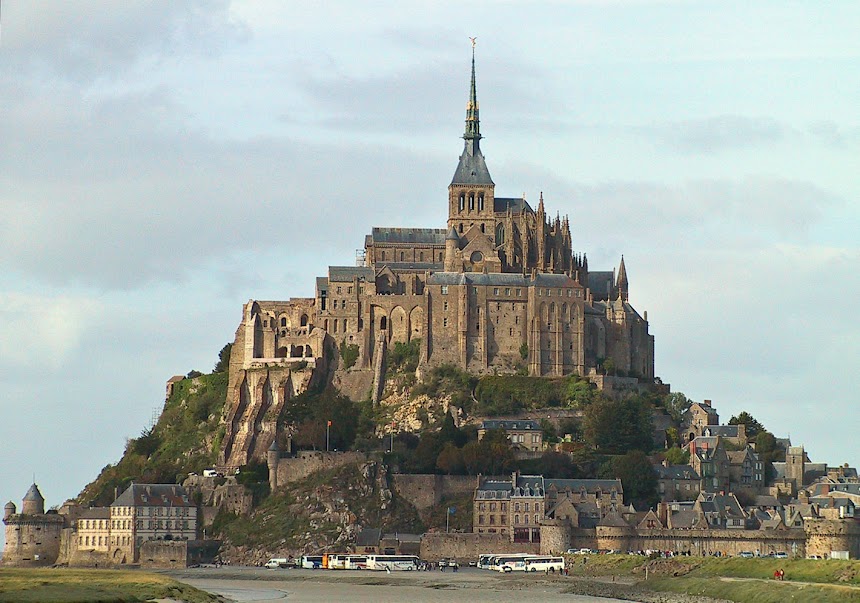 The last time I went to the Mont Saint-Michel was in 2007. I went there twice that year, once on a trip with Walt to celebrate my birthday, and the second time with my sister and a friend of ours who were visiting us in Saint-Aignan and really wanted to see the Mont. I took the photo above, however, in September 2004. I don't think I've ever posted it before. 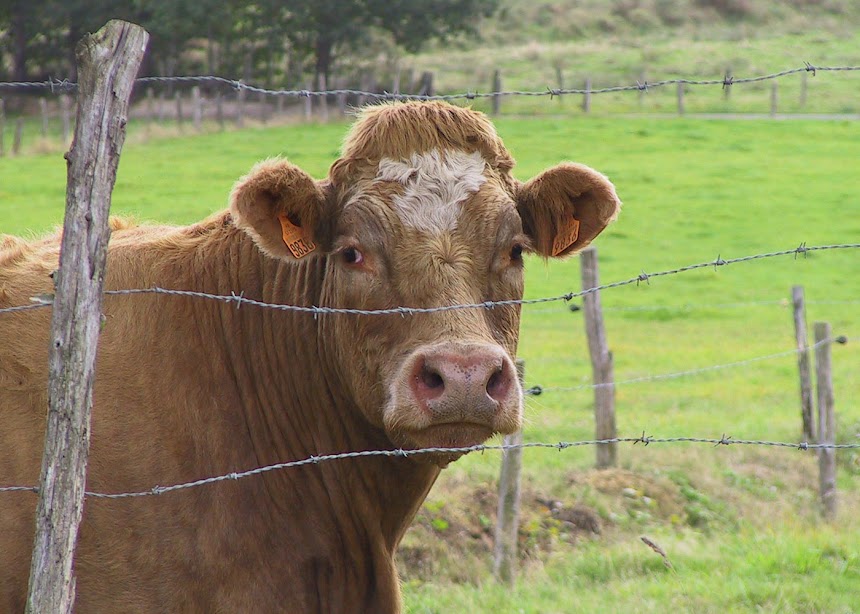 Cows are emblematic of Normandy. It's milk, cream, and cheese country. I took this photo of a friendly, curious Normandy cow in May 2005, when Walt and I drove up there for a short stay. I wanted to see Carteret one more time, and I wanted to see picturesque fishing port called Barfleur. We also went to Saint-Vaast-la Hougue to eat some of that town's famous oysters. I don't think I've been back to Carteret since then. 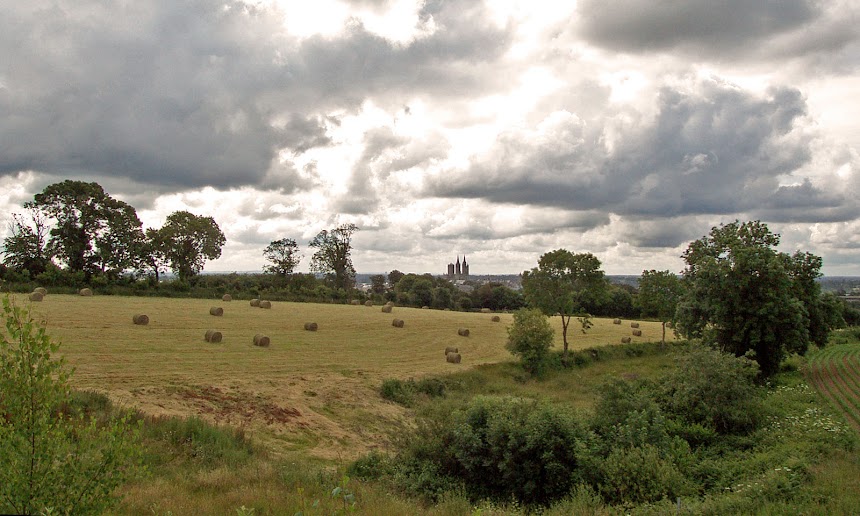 In 2004, I drove past the town of Coutances, which is famous for its cathedral. I just stopped on the side of the highway and took some pictures of the town off in the distance. I was on my way to Carteret to see J.L., who passed away this week, and CHM, who was visiting her with his partner Frank. 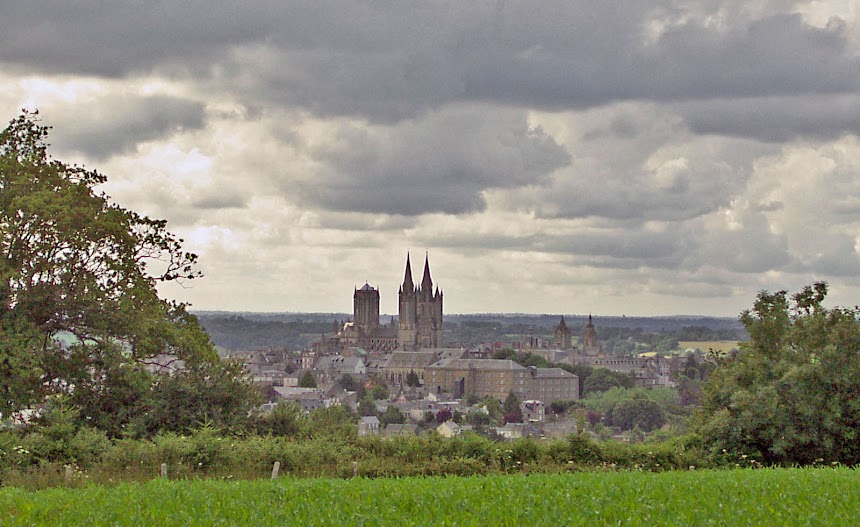 I had been to Coutances and the Mont Saint-Michel back in 1972 or '73, when I was spending a year in Normandy as an assistant d'anglais in a high school, the Lycée Corneille in Rouen. Rouen, the capital of Normandy, is not in this part of the province, but farther east, on the Seine between Paris and Le Havre. But I traveled around some with friends while I was there. And Walt and I did a car trip to many of these places back in 1992. 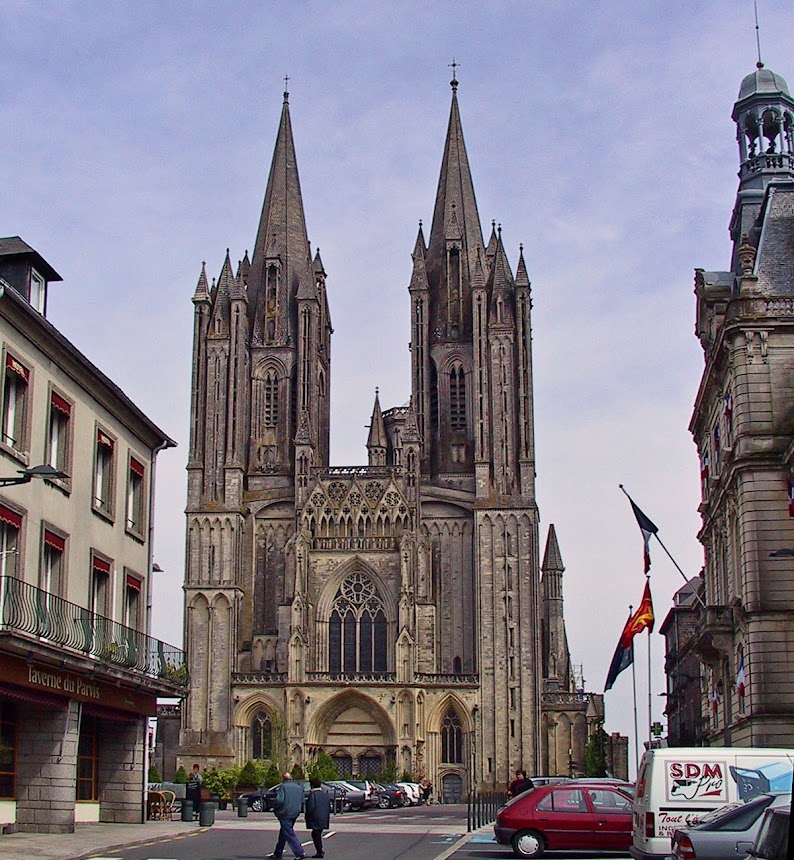 In 2005, on the trip Walt and I took to Normandy, we actually went into Coutances, where I took this photo of the cathedral. It dates back to the 13th century. Coutances (pop. 9,000 or so) was bombarded and almost completely destroyed during World War II, but somehow the cathedral was spared. Anyway, I think it's getting to be time for a return to Normandy.
Posted by Ken Broadhurst at 07:15