This is a reprise of a post I first published in December 2011.

A duck breast filet is what we at with our potatoes cooked in chicken broth the other day. We're lucky to be able to buy affordable duck legs and breast filets here in Saint-Aignan. This particular piece of lean duck cost me 11.50 euros/kilo, which is about 5.25 euros/pound. It weighed about three-quarters of a pound (360 grams). 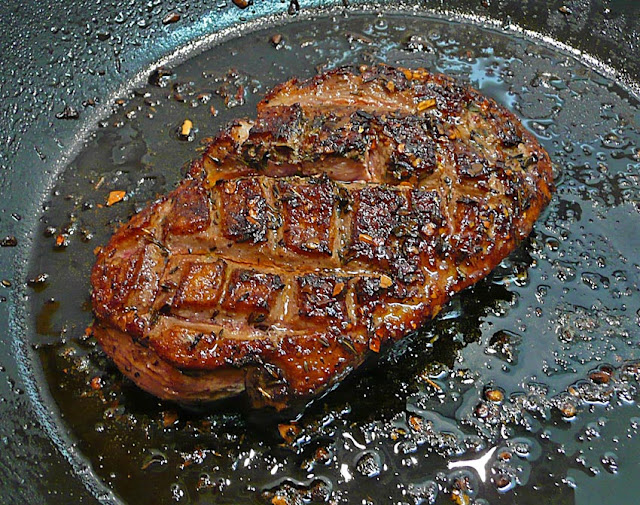 A pan-roasted duck breast filet, with a spicy rub


This was a filet de canard, not a magret. The word magret comes from the same root as the French word maigre, meaning lean instead of fat. The term magret applies only to the breast meat of a fattened duck — un canard gras — that has been raised and force-fed to produce foie gras. The word filet is used for the breast meat of ducks that have not been fattened by force-feeding (gavage). 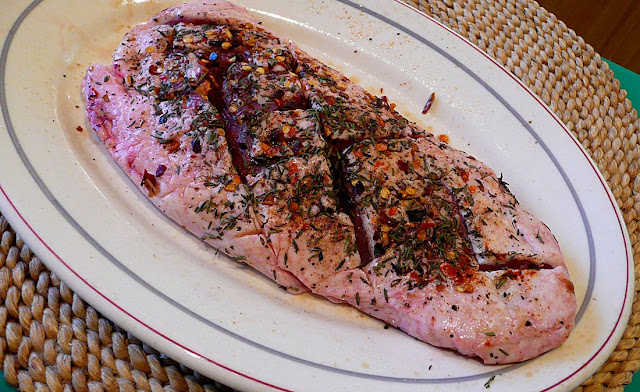 Score the skin side deeply before applying the spice rub... 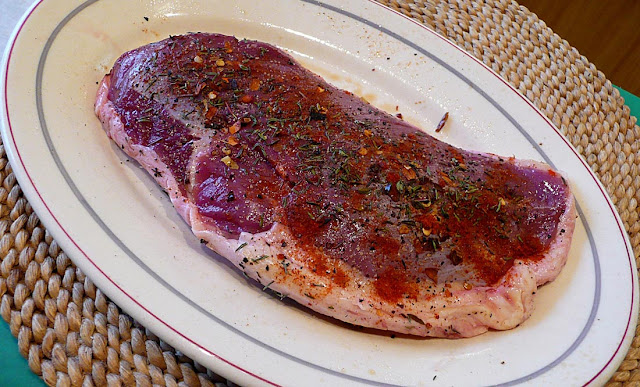 ...to both sides of the filet.


Whatever the word, the duck breast is delicious meat. It's more like a nice piece of beefsteak than it is like chicken, turkey, or even guinea fowl. The meat is red and you eat it cooked fairly rare rather than well done like other poultry. The best way to cook it is broiling, grilling, or pan-roasting, and it cooks pretty fast.

Start cooking the duck filet in a hot pan
with the skin side down.


Before cooking the duck filet, it's a good idea to score the skin side of the meat deeply in a cross-hatch pattern, using a good sharp knife. If you don't score the fatty skin, the breast filet will curl up as it cooks. And you don't want to remove the fat, because that's where much of the flavor is. Don't add any fat to the pan if you are pan-grilling the breast — just start it cooking skin-side down and it will make its own cooking fat. 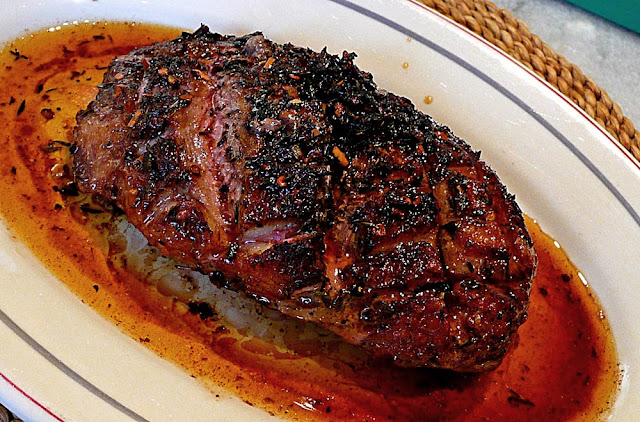 Here's the pan-roasted duck breast after
it has rested for 20 minutes.


You don't have to marinate duck breast before cooking it, but I like to apply a dry spice rub. The spices and herbs I used this time were dried thyme, crushed red pepper, smoked paprika, black pepper, and allspice (Jamaican pepper). I rubbed both sides of the meat with the spices and let it rest for an hour or two before I cooked it. 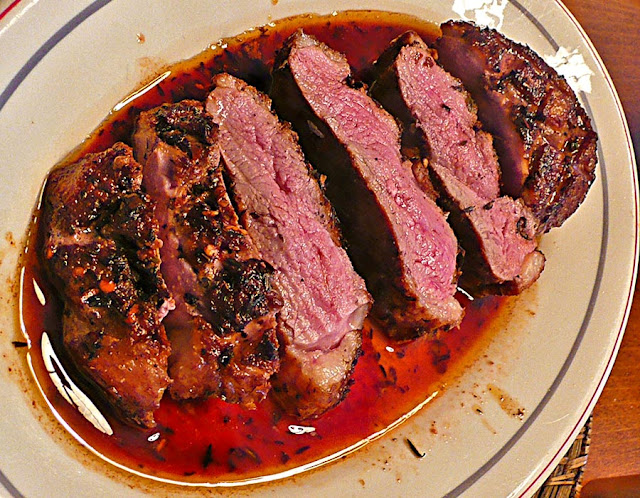 Serve it rare or medium-rare so that it doesn't get tough.


The cooking doesn't take long at all. The important thing is to sear the meat on both sides and then let it rest for a while so that the heat can distribute itself through the lean center. This time, I set the skillet in a medium hot oven, turned off, with the door ajar, for about 20 minutes after searing the duck on top of the stove. Another way to let the meat rest is to transfer it to a hot serving dish, covering it with aluminum foil and a kitchen towel to hold in the residual heat. 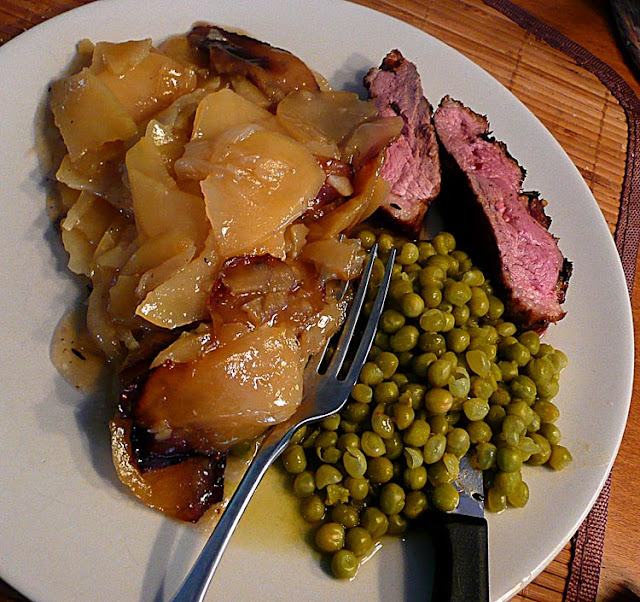 Pan-roasted duck breast with a generous portion of
potatoes « boulangère » and some green garden peas.


You can see that the duck breast meat really is red, and it is served rare or medium-rare — in French, that's called rosé. Again, it's more like eating beef than poultry. The duck fat and the spice rub give it a fine, rich taste. It's good with the pommes boulangère, and since we had some leftover green peas, we had some of those with it too.


Duck breast is much more expensive than duck leg & thigh sections — the last of those that I bought were only 2.90 euros/kilo, or 1.32 euros/lb. (note that these are 2011 prices) — but the texture of the meat and the appropriate cooking method are totally different. It's like having two entirely different kinds of meat, in fact. Both are excellent.
Posted by Ken Broadhurst at 06:30