The day before yesterday, I posted about grilled duck breast (magret de canard) and about duck legs slow-cooked to make confit de canard. The duck breast that Walt grilled was fresh (raw, I mean, even though out of the freezer), but the confit de canard came pre-cooked, out of a can. So did the pinto beans, which are imported from Portugal. I thought both were delicious. 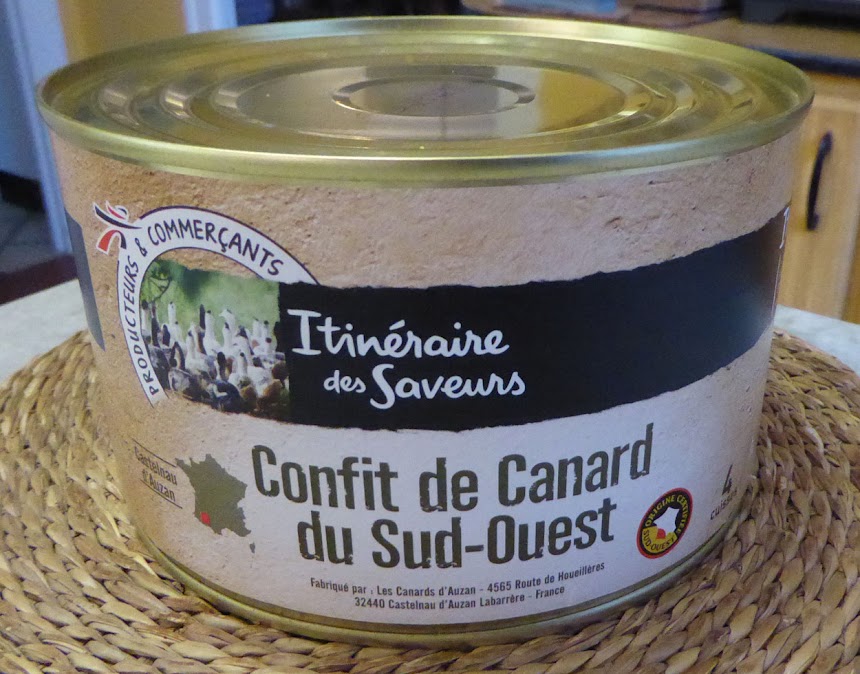 There are four or five slow-cooked duck leg/thigh sections in a big can like this one.


I'm really interested in both goat cheese and duck these days, as you may have surmised, partly because they are such important food products in France but not much known or appreciated in the U.S. I've done some reading in the 1960s-era Larousse Gastronomique. In the book's 8-page chapter on duck (le canard), I've found only one brief mention of confit de canard, but no mention at all of magret de canard. More about magret in future posts... 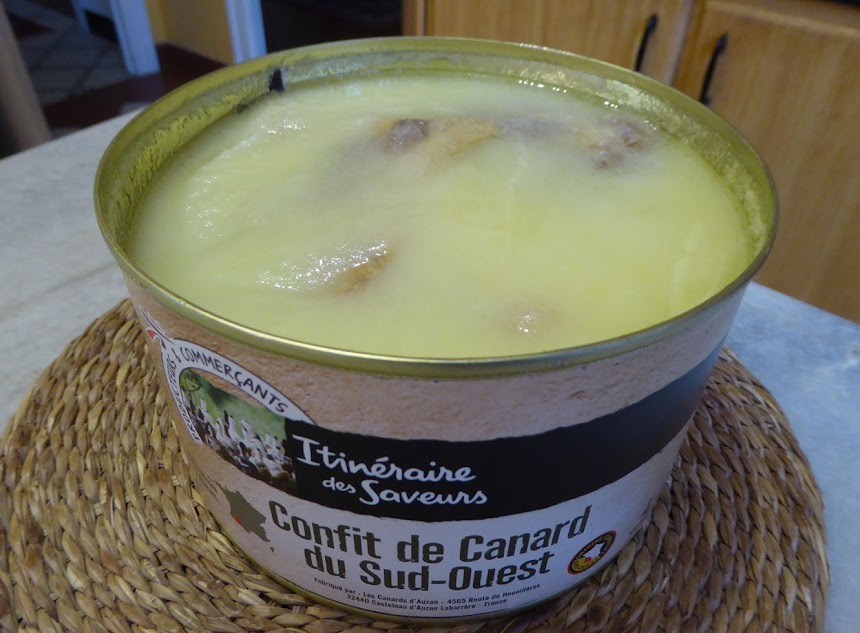 To get the slow-cooked duck legs out of the can, you need to open it and then heat it up in a slow oven until the fat melts.


About confit, the LG points out that in southwestern France, around Toulouse, where large ducks are raised and fattened for foie gras production, the meat of the ducks is preserved by cooking it in duck fat and potting or canning it up in the same fat. In that region, geese are prepared the same way, the article says, but many people prefer duck foie gras and duck confit to the equivalent goose preparations. That surprised me, because I thought the general opinion was that goose is somehow superior in quality and taste compared to duck. 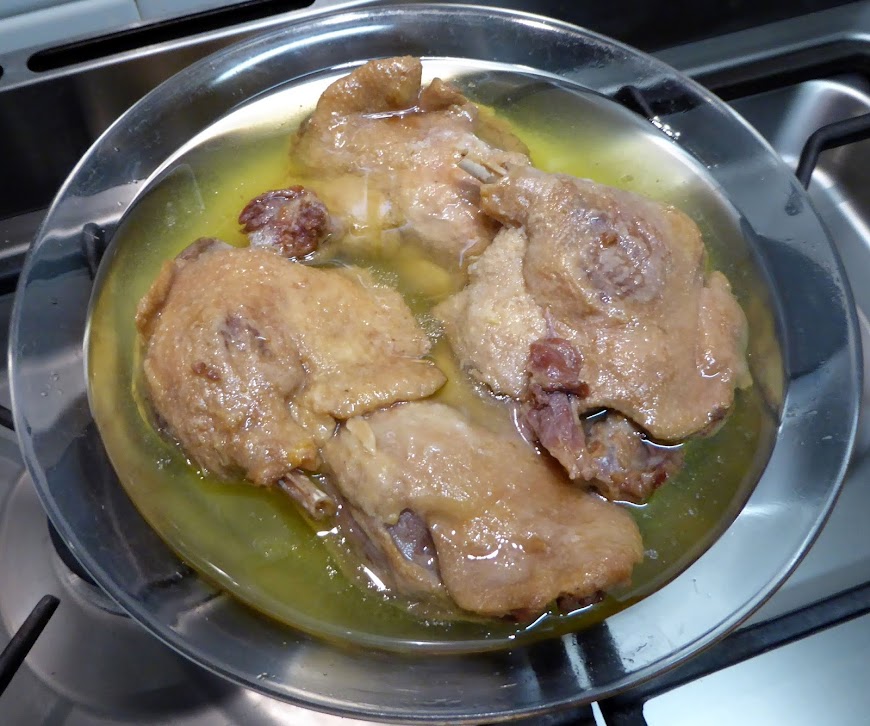 Here are the duck legs as they come out of the tin after the fat is melted.


In its article about goose (l'oie) and how it is prepared, the LG does give detailed descriptions about how confit d'oie is made but doesn't say you can make it with duck. It points back to the book's article on cassoulet, which is a famous southwestern dish of white beans cooked with pork and confit of either goose or duck. In fact, in the whole cassoulet article, goose is mentioned over and over again, but duck is mentioned, unless I missed something, only once. Goose magret is not mentioned either. I think the reputation of duck has greatly improved in France, and it has nearly completely replaced goose for making foie gras and confit. The only goose product I find in the supermarkets is jars of goose fat (alongside jars of duck fat).
Posted by Ken Broadhurst at 06:30