Every other day for a while now, Walt has been harvesting a couple of pounds of green beans. We clean and trim them, and then I steam them for a few minutes to prepare them for freezing. We also save some out for eating.


Yesterday I sorted the latest beans by size, making one bag of the smallest slender beans, and another bag of the medium-size ones. I cooked the third batch — the largest beans — in the Southern-U.S.-style. First I steamed them for 12 minutes. Then I steamed some little potatoes for 20 minutes in the steamer pot. 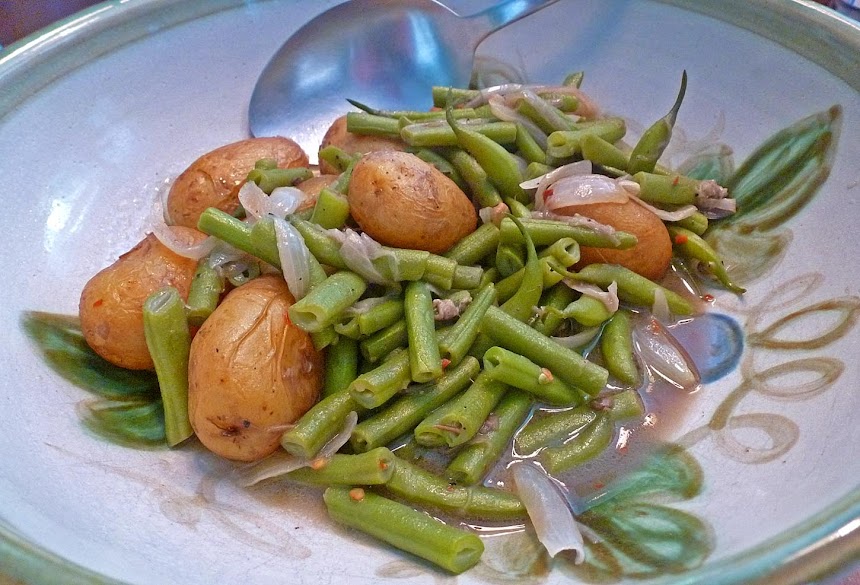 Meanwhile, I sliced an onion and a shallot, which I sauteed on low heat in some duck fat. In the South, that would have been bacon fat, and bacon would have gone into the beans too. But duck fat is full of flavor too. I cut the big green beans into one-inch pieces and put them into the pan with the fat and onions along with the little potatoes and about half a cup of chicken broth. Then I let that cook for another 20 minutes on low, to make the beans really tender and tasty. 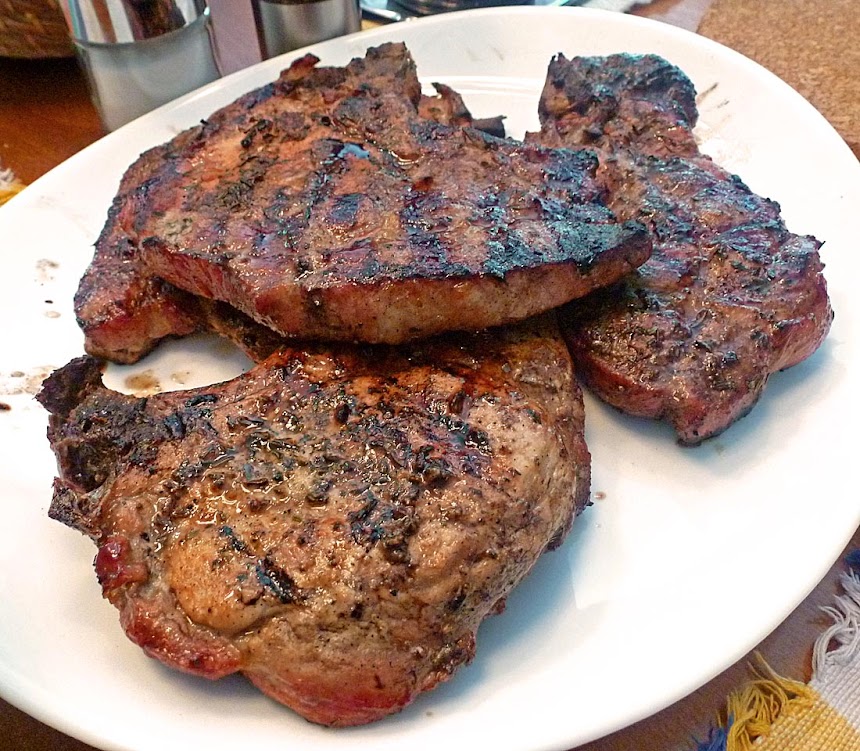 You might think that's too much cooking for fresh green beans, but it's not. In France haricots verts are often cooked in a similar way, slow and low for a long time. It develops their flavor. With ours we had some marinated pork chops — garlic, Worcestershire sauce, cayenne pepper, black pepper, thyme, etc. — also cooked slow and low, on the gas grill. It was all quite fittin'.
Posted by Ken Broadhurst at 07:00