Yesterday I processed and cooked the second big batch of green beans — nearly 3 lbs. — from this year's vegetable garden. All these beans came from the first row of haricots verts that Walt planted. He planted two more rows of them at two-week intervals in July, so we'll have beans coming in for quite a while yet.
After the beans were cleaned and the stem ends pinched off, I though about blanching them in preparation for putting them into the freezer. Even though our weather isn't really hot right now — but it's beautifully sunny — I didn't relish the idea of heating up a big pot of water on the stove. Usually, you blanch (or parboil) vegetables in a big quantity of boiling water before freezing them. 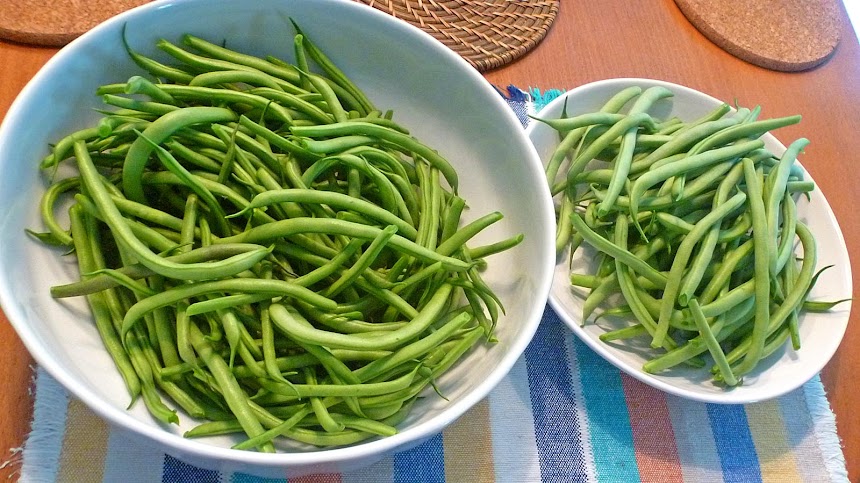 I thought it might be a good idea to try steaming the beans instead of boiling them. So I looked it up, and sure enough, there were several web sites that described a process called "steam-blanching" — so that's what I did. I divided the beans into two batches and, one after the other, put them in the steamer basket over a small amount of boiling water. Each batch stayed in the steamer for about 5 minutes. Then I let them cool on a rack in the sink before putting them into plastic bags. 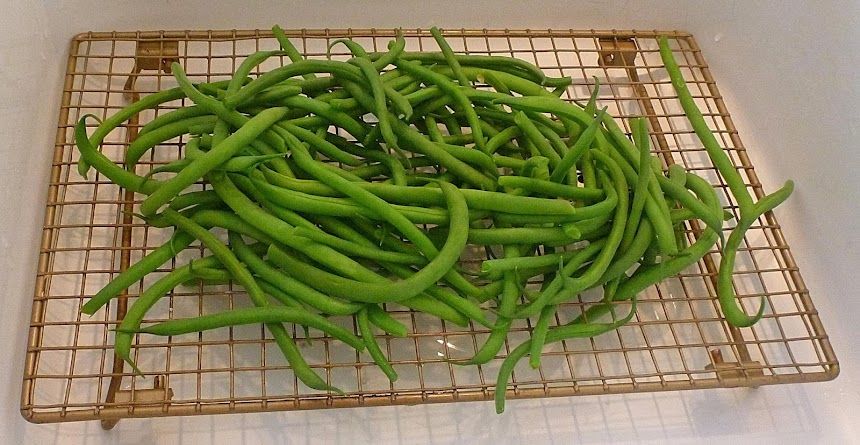 That gave us 2 good packages of beans to freeze, and we still had nearly a pound left to cook and eat at lunchtime. We also happen to have a great crop of basil, both sweet and Thai varieties, growing in pots in our greenhouse tent, and a dozen or so individually frozen skinless, boneless chicken breast filets in the freezer... sounded like Thai basil chicken with green beans might be a good plan. 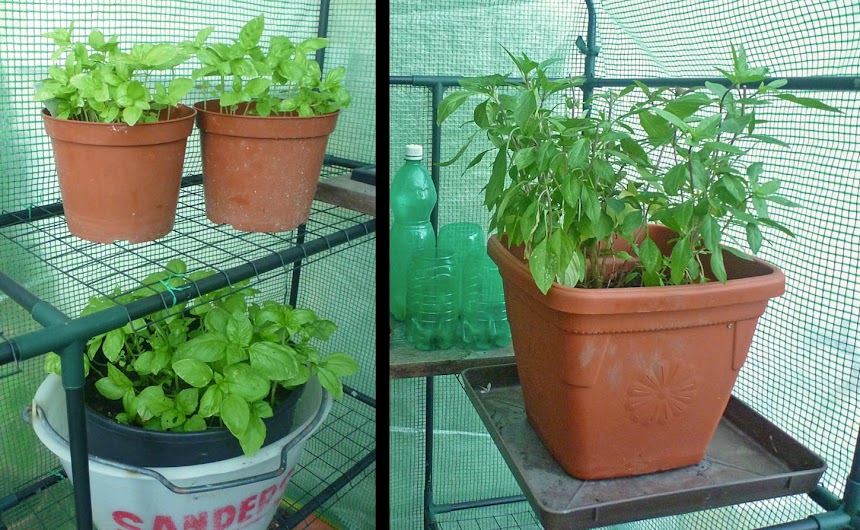 The most promising recipe I found called for ¾ lb. (360 grams) of chicken breast cut into strips and ½ lb. (240 grams) of fresh green beans. It also called for about ¼ lb. of mushrooms and the same amount of baby corn ears. Since we had so many beans, I eliminated the other two vegetables and used about a pound of cut-up green beans — raw, fresh beans, not blanched — with the chicken to make the dish. 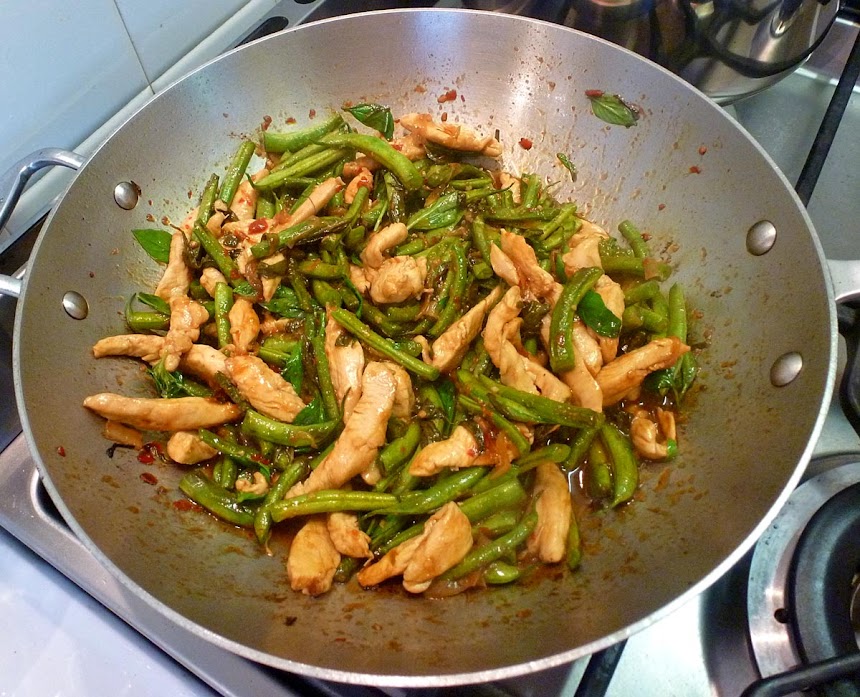 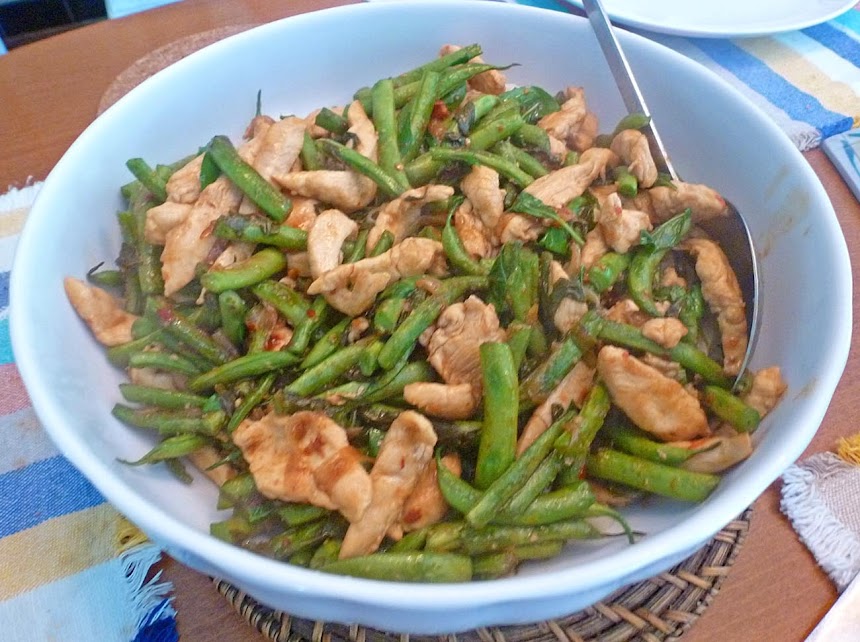 When the chicken was mostly cooked, we put the stir-fried, crisp-tender beans back in the pan, poured in the cooking sauce with some Thai sriracha hot pepper sauce (a tablespoon at least, and more as as you please) and let all that simmer together, stirring it around, for 3 or 4 minutes. Toward the end of that time, Walt mixed in about a cupful of cleaned and torn basil leaves and just let them wilt. It was ready to be served with some noodles we had already cooked according to package instructions (rice would also be good).
Posted by Ken Broadhurst at 07:30